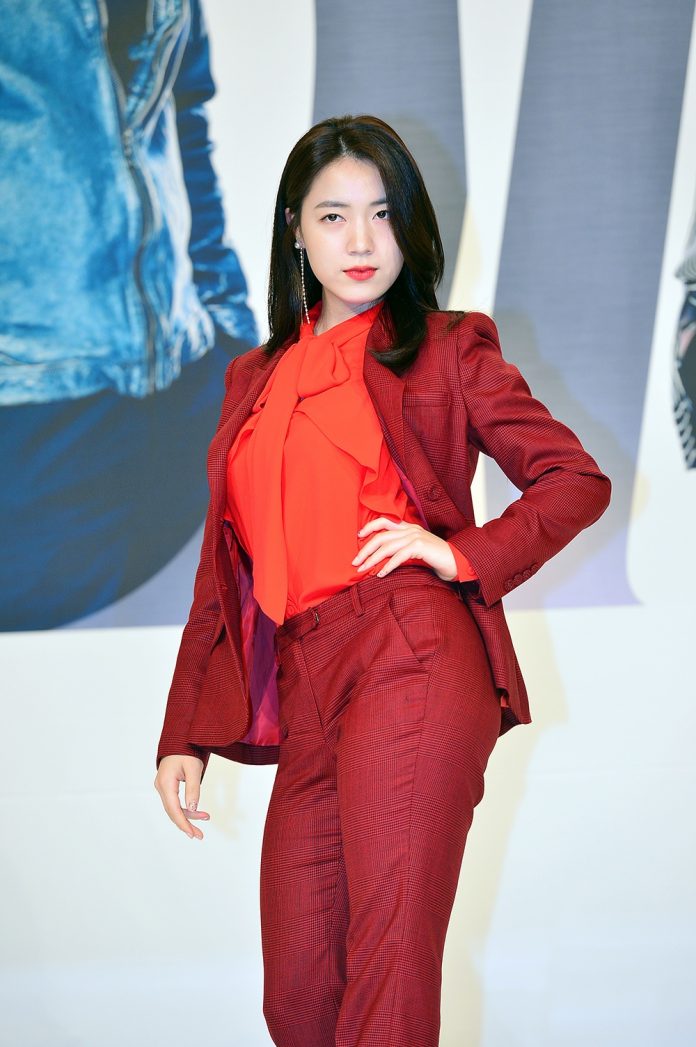 Ryu Hwa-young, 류화영 also known as Mononym Hwayong, is a former girl group member of T-ara, singer, and an actress from South Korea. She came into the entertainment industry at the beginning of her career as a rapper and eventually tuned as a model and an actress. In the music industry, she entered as a girl group member of T-ara and eventually turned a solo singer/artist.

Date of birth, ethnicity, and nationality of Ryu Hwa-Young

Her date of birth is April 22 in the year 1993, in Gwangju in South Korea. She is currently 26 years old. Her sun sign hence is Taurus. She is from South Korean nationality, and so ethnicity is Asian.

Ryu Hwa-Young’s Net Worth, Salary and Income and education

Ryu Hwa-Young studied at Kyung Hee University. She always had a passion for the glamour field as her career. When she was in the T-ara, girl group band, as a member, she got recognition for her rapping talent. However, her career took a turn, and her journey continued in the direction of acting.

She won accolades for her acting the movies such as ‘Descendants of the Sun,’ ‘Come Back Mister,’ ‘The Beauty Inside,’ and many more. From her career, her current net worth is 3 million dollars. This earned her a good lifestyle.

Ryu was involved with her best friend, LJ, a 41-year-old entertainer. He proposed, and she accepted, and all was well until 2 months. After this, he started abusing her, which led her to live a single life.

Ryu has a twin sister, Ryu Hyo-young, who turned actress as well. They both were born apart a minute. She is professionally a rapper in the Coed School group. Ryu Hwa-young has been seen in a guest appearance with Ryu Hyo-young on the popular TV show Star King on SBS in 2010 of May. Core Contents Media later recruited them.

Her family background and parent’s information is not disclosed.

She has a good height of 5’8″. Her weight is 52 kilos. She’s slim. Her personality and body structure go well together. She is of a fair complexion with black hair color and black eyes. She is confused with her identical twin sister, often.

This is the period when Ryu was performing as a group member of T-ara and later as a solo artist. Ryu Hyo-young was asked by Core Contents Media as 7th member into the T-ara group, but she suggested Ryu Hwa-young, her twin sister. She was added into the group in 2010 of July as a lead rapper. Her sister made her debut in the Coed school. She appeared in Hello Baby-3rd season in Nov 2010, and she started her first promotion of Temptastic-1st mini album. On December 3, she gave her first performance via KBS’s Music Bank. She performed in “We Were In Love”, “Love is All the Same” and “Open Freestyle Day 2012”.

She made her debut in acting on December 15. She became the youngest DJ female to participate by performing at the “2014 Miller Countdown Party”. Ex-Girlfriends’ Club, Hello, My Twenties!, My Father is Strange, Mad Dog is some of her movies.

Different Types of Fabric to Consider When Shopping for Swimwear Online

Winterize a Home: 8 Tasks to Prepare Your Home for a...