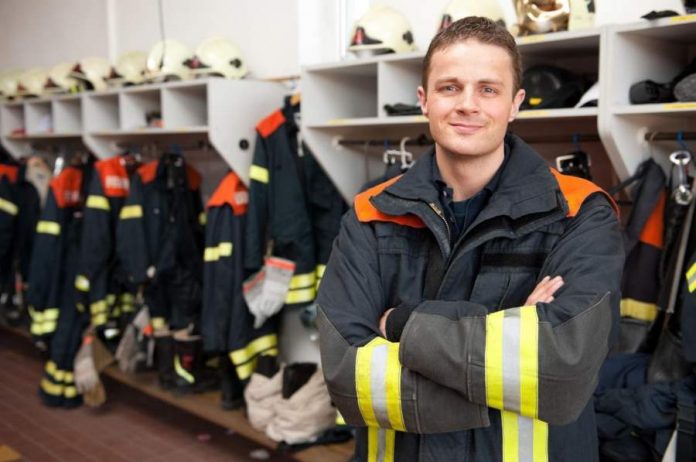 Have you thought about potentially becoming a firefighter? If so, you’ll be joining about 1.1 million other people who currently work as firefighters all across the country.

So, how do you become a firefighter? We’re going to break down the basic steps to becoming a firefighter below. You should follow along with them if your ultimate goal is to work as a firefighter in the foreseeable future.

Begin by Learning About What Becoming a Firefighter Entails

Do you actually know what your life is going to be like once you become a firefighter? If everything you know about becoming a firefighter comes straight from a TV show like Chicago Fire, you should probably learn a little more about what it’s like to be a firefighter.

If you don’t know anyone who is a firefighter, you can also read up on what life is like as a firefighter online. It’s simple enough to find articles that have been written and published by firefighters.

Whatever you do, don’t set out to become a firefighter without knowing anything about what the job entails. You’ll be setting yourself up for failure if you do!

Make Sure You Meet the Requirements to Become a Firefighter

There are certain requirements to become a firefighter that you’re going to have to make sure that you meet prior to trying to enter the field. To be a firefighter, you will need to:

If you aren’t going to be able to meet these basic requirements, you’re going to have a tough time landing a job as a firefighter. You should steer clear of wasting your time and the time of those who will be in charge of screening you to see if you’ll be a good fit for a position as a firefighter.

Take Written and Physical Tests at Your Local Fire Departments

To do this, you’ll need to take and pass written and physical tests administered by local fire departments. A written test will often feature about 100 multiple choice questions and will show your proficiency when it comes to things like:

A physical test, on the other hand, will feature you doing things like running for a long distance in a certain amount of time, climbing up steps while carrying different things, and lifting up to 200 pounds at a time. You’ll need to be able to show that you can complete these tasks before becoming a firefighter.

To work as a firefighter, you usually need to be able to do more than just put out fires. You’ll also often be asked to help with medical issues that people are having during fires.

As a result, you might be required to obtain an Emergency Medical Technician (EMT) license before accepting a job as a firefighter. If you’re going to have to do this in your state, you should try to get your hands on this license sooner rather than later.

Even if you seem like an ideal candidate to work for a fire department, you will have to go through some formal training at some point prior to working as a firefighter. You’ll have to sign up to attend a fire academy where you’ll learn everything you’ll need to know when you become a firefighter.

Some of your training at a fire academy will be done in a classroom. But a lot of it is going to be done out in the field where you’ll be asked to show what you’re made of. This part of becoming a firefighter can be daunting, but it’ll be well worth it in the end if you’re able to prove that you have what it takes.

Attend Routine Training Courses at the Fire Department That Hires You

At the end of all this, you should be able to find a permanent position as a firefighter. You can start fighting fires every day and collecting firefighter challenge coins along the way.

But guess what? Your training won’t ever be over! You’ll need to continue to attend routine training courses through your fire department. It’ll help you stay on top of the latest techniques that are used to fight fires safely.

Follow along with the steps that we’ve laid out here to bring your dreams of becoming a firefighter to life. You should be able to start working as a firefighter in the near future as long as you take the right approach.

Want to check out some more valuable career advice? Browse through the other articles posted on our blog to begin taking advantage of all the advice you can handle.

What are the Things to Check if You are Organising a...