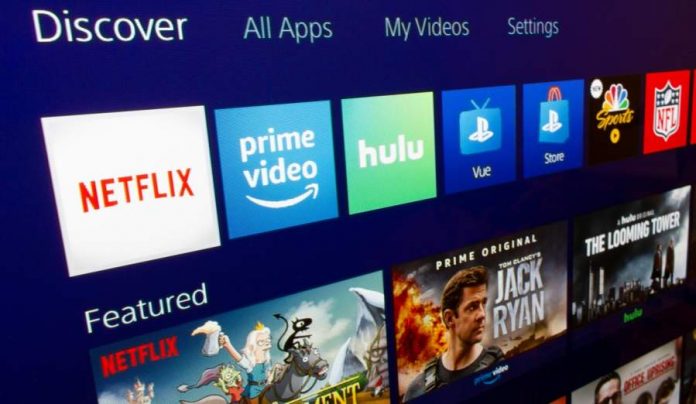 We’re in the middle of a pandemic. And if that was not enough, we’re blessed with too much time on our hands. Well, one can argue that it’s a “good” thing. But, we’ll go crazy if we don’t put our minds to something. And, movies are a great way to relax and be engaged.

People are suffering from less entertainment. Also, it would be great if we had more releases in this virus era, to make use of the extra time. But so far, the deadly Coronavirus hasn’t allowed us to release many movies in the theaters. But not to worry, because you’re going to find the list of some best movies that are going to release on various OTT Platforms in 2021. So, ready your popcorns and cold drinks, oops, that doesn’t boost immunity, right?

Anyways, keeping the circumstances in mind, one should not go outside just for the sake of entertainment. Watching films on OTT Platforms is the safest way. This article features some amazing Bollywood films with unique storylines. So, if you’re a fan of Bollywood, read till the end, because each film is gold in mine!

The audience is super desperate for the release of this film, to the point, that it has become one of the most awaited films of 2021. Just after the film was announced by Sanjay Leela Bhansali films, the crowd has gone crazy, and it’s getting immense media coverage. The film was going to cast Priyanka Chopra in the lead role, but it ended up with Alia Bhatt instead.

Alia will essay the role of Gangubai. It’ll be interesting to see how Alia will perform the role because Gangubai was Kamathipura’s wrathful and respected woman. Gangubai was the talk of the town, back in the days, nobody dared to mess with this fierce woman.

Radhe: Your Most Wanted Bhai

This film was announced as a multi-format release on Eid by Salman Khan himself. The movie is supposed to release on ZEE5 and its pay-per-view service. Moreover, the film may release in some operational theatres and also overseas.  Salman Khan decided to release the film in theatres too because he wishes to lift the lifeless industry which it has now become due to Covid-19.

You will have tears in your eyes after reading this; Salman Khan has taken the risk by releasing the film in Cinemas, just because he wanted to keep his promise to theatre owners. This involves risk on profit and, on the positive side, it has employed thousands. Salman keeps reminding his fans to watch the film with precautions only. Most theatres in India will not open up, for quite a while. Hence, Radhe: Your Most Wanted Bhai will also release on some OTT and DTH Platforms.

After starring in the amazing film, The Sky Is Pink, actor Farhan Akhtar will play the lead role in Toofan. Just like any other film, Toofan was also set to have a cinematic release at OTT Platforms. But now it’ll release on Amazon Prime from 21st May this year. Rakeysh Omprakash Mehra told ANI that he already had the picture of Farhan in mind while thinking of Toofan’s lead actor because he lives the act completely.

If you’re looking for a tale that inspires and motivates you, Toofan will do that for you. Furthermore, it’ll fire us from within to leave our comfort zones and fight for our dreams. Rakeysh also told that he’s always in the mood to touch the heart and soul of his audience with his work. He also wishes to enlighten the viewers with entertainment. Toofan is a sports drama film about a goon from the streets of Dongri set against the background of boxing. It’s also a story of his fall and heroic comeback against all odds which hold him back in life.

Satyameva Jayate 2, which is the second part of its franchise has also been postponed. It was going to release on 13th May this year on OTT Platforms Cinemas. Team Satyameva Jayate 2 shared with their fans that; in these challenging times, nothing matters more than the safety of our loved ones and the countrymen. “Till then, let us wear the mask, and protect our loved ones with ourselves”. Satyameva Jayate was presumed to clash with Salman Khan’s Radhe, but now John will clash with John because in this film John plays the double role. John said to his fans; “Ladenge Is Saal, Dono Bharat Maa Ke Laal”.

How do I get into Acting with no Experience?

Why Do Employers Do an Employee Background Check?

Who Are The Famous Designers In Overall Tollywood Industry? Let Us Know

Ten of the Best Walks You Can Take in the World

The Importance Of Airport Transportation Services In California, USA

What is Geocode API