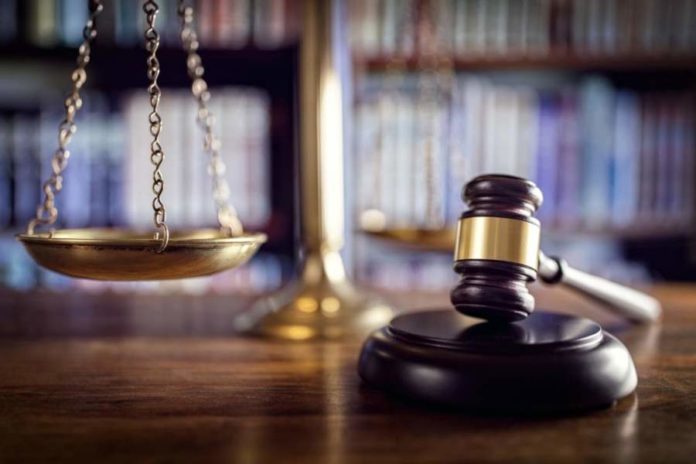 The year 2020 was filled with so many things: Covid-19 and a global pandemic, civil protests, and a crazy presidential election.

But even before the year started, police brutality was increasing taking the spotlight of the public consciousness.

One of the more prominent publicized cases to come out of these unfortunate events was the case of the slaying of Botham Jean by former police officer Amber Guyger.

Filled with several twists and revealing information, this case became one of the rallying cries, along with Geoge Floyd and Breonna Taylor, for subsequent protests that rocked the nation the very next year.

If you missed out on this case, here’s the rundown.

On September 6th of 2018, Dallas police officer Amber Guyger, a white woman, was coming home from her shift. She lived in an apartment building two blocks away from her precinct.

Her apartment was on the fourth floor. However, she instead went onto the third floor. The apartment floor layout was virtual the same on every level, and this was her supposed reason for confusion.

Guyger said that she saw the door slightly ajar and immediately thought her apartment was being burglarized.

However, this apartment belonged to 26-year-old accountant Botham Jean, a Black man, who was sitting on his couch eating ice cream.

Guyger claimed that due to the low light in the room, she couldn’t see if Jean was armed and was afraid for her life. She shot him and called 911. He died at the hospital from his gunshot wound.

The case raised many questions by spectators.

Amber Guyger was not arrested for the shooting until three days after the events that she described and she was also initially only charged with criminally negligent homicide or manslaughter.

Two independent witnesses refuted the accounts that she gave the authorities, calling into question police reliability.

The prosecution wanted to prove the following:

After a deliberation of six hours, Amber Guyger was found guilty of murder on October 1, 2019.

The next day at her sentencing, some of Amber Guyger’s text messages and social media posts exhibiting racist sentiments were brought to light. You can look here for more info.

In a shocking turn, Jean’s brother and father said they forgave her, and his brother hugged her. The judge, Tammy Kemp, also embraced her and gave her a bible. She is now imprisoned at the Mountain View Correctional.

What’s Next for Amber Guyger?

Her attorneys filed an appeal days later, and so the case is still ongoing. However, this event is just one of many like this in Modern America.

Hopefully, the family of Botham Jean found some solace and can move on, and Amber Guyger can come to terms with what transpired.

American society has been forever changed because of situations like this, and maybe one day it will change for the better.

For other informative articles like this one, be sure to browse the rest of our blog.

Read Also : Choosing the Right Personal Injury Lawyer for You

5 CRM Techniques That Will Help in Marketing

Did you know that most older people suffer from some form of appetite loss? And the symptom isn’t just confined to older individuals. Factors...

If you've been paying attention to the meteoric rise of Bitcoin (and really, who hasn't?), you would have noticed the global excitement over Cryptocurrency....

Every year, millions and millions of homes are sold across the country. But just because home sales are common doesn't make them easy! Selling a...

Yes, you read it right. Shawn Mendes says that he cannot trust Tay-Tay's boyfriend Joe Alwyn. What was the reason? His eyes. His "too...

Stablecoins are cryptocurrencies backed by a physical asset, most often fiat currency, and are less vulnerable to price fluctuations. However, they keep much of...

How to Check SERP for Keyword Without Losing Your Sanity