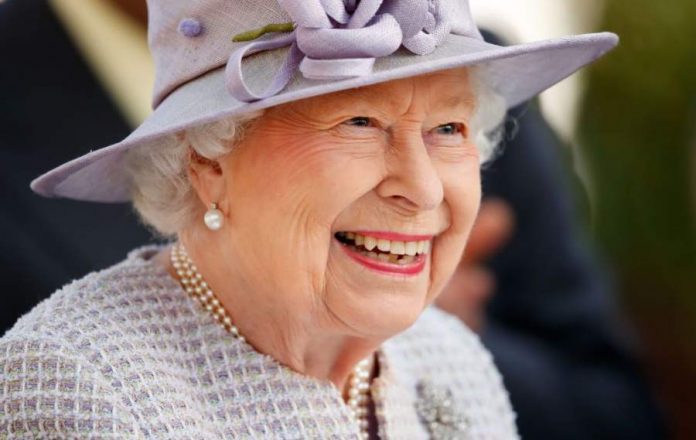 How old is Queen Elizabeth? If you are one of those who are pondering this question, then join the team. Queen Elizabeth is one of the celebrated personalities in the whole world. Not only is she the longest-reigning monarch, but she has become one of the most-talked-about bodies in the wide world.

When it comes to royalties and the royal bodies, almost everything is out in the open. Thanks to the documentaries and the famous series of Netflix, the Crown, many know what path Queen Elizabeth has walked on. However, when it comes to knowing such details as to why she celebrates twice is still unknown. Or rather, seldom discussed.

While everyone has focused on how Queen Elizabeth started ruling the country and its governing bodies at a young age. What many overlooks is the small details that make her lovable among all the Brits. For example, why she celebrates her birthday twice, her favorite piece of clothing. Or her favorite piece of advice that she relies on.

There are many things that we do not know about the Queen. However, today we will bring you the answer to “how old is Queen Elizabeth?” And why she celebrates her birthday twice among many other things that you may find very interesting. So let’s zoom in to know the royalty better.

Queen Elizabeth And Her Birthday:

Moreover, Her Majesty will celebrate her official birthday on June 12, 2021. She has always made it a point to celebrate it with a mini Trooping the Colour at Windsor Castle on the day of her birthday.

However, before we focus on the “why,” let us share the “whats” details. The Queen was born on April 21, 1926. Yes, you read it right. Her parents gave birth to their loving daughter in April 1926. However, this is not the date on which she celebrates her birthday.

The Mystery Behind Two Birthdays:

To know the answer, we have to travel to the regulations set almost a hundred years ago. There is a tradition for the monarchs to have, or rather hold, practically two birthdays. This tradition first came to be during the reign of George II in 1748. With George II launching the norm of celebrating the birthday of the monarch twice, it is continuing.

The second birthday is a public celebration. In short, her real birthday always falls in April, while the “official” celebration always takes place in June. But why June? The answer lies in the weather. The British weather is very temperamental. Let’s discuss it thoroughly.

Why Did Her Majesty Choose June To Be Her Official Birthday?

Why the monarchy chose June to celebrate her birthday depends on the temporal condition and few whimsical factors. King George II was born in November. However, they thought that it would be too cold of weather to hold an annual parade. Because they failed to host the annual parade at the time, they decided that his birthday festivities will be enmeshed together with the parade in spring.

He decided that his birthday festivities will be best combined with the military parade, known to us as, Trooping the Colour, to be held in spring. Hence, it is at this time when the monarchy decided to hold two separate birthdays.

This tradition continues to date and hopefully will continue. Thus, with the historical context of two birthdays discussed, Queen Elizabeth celebrates her second birthday with the nation. Meanwhile, she has reserved her first birthday for her family members.

When Is The Birthday Of Queen Elizabeth Coming?

Although the original birthday of Queen Elizabeth is on April 21, the official date keeps changing. In other words, the date for the second birthday is not constant, as it can alter depending on the situation, climate, and other issues. However, usually, the official birthday always falls on Saturday in June.

Moreover, they tend to organize it on the second weekend for added convenience. The official birthday that she celebrates with the nation also includes the featuring of Trooping the Colour procession. She tends to join the other members of the royal family at the parade. The parade furthermore moves between Buckingham palace, the mall, and finally, the Horseguards’ Parade.

How Old Is Queen Elizabeth?

Now coming to the most important question, that is, “how old is Queen Elizabeth?” The answer to this question is 95. So, yes, her Majesty is 95 years old, making her one of the oldest monarchs in the history of Britain. Moreover, the second place of the oldest monarch to reign in Britain goes to Queen Victoria, who lived up to 81.

Not only that, but she is also one of the oldest reigning female monarchs in world history. What is more exciting is the way the Queen ushered in her 90th birthday in 2016. It quickly became one of the highlights of that year. Turning the birthday into a festivity. Although most of her official birthdays are planned that way, she celebrates the original birthday privately.

Given How Old The Queen Is, Will She Stand Down?

Not only is this question a political one, but very most-asked as well. Over the summer of 2017, the speculation of the Queen stepping down has increased. Many reports that the Queen could step down, giving Prince Charles the throne, had surfaced.

However, the monarch instructed the inner circle that she would request the revoking of the Regency Act. Furthermore, she requested her circle to activate the Regency Act if she was still on the throne when she turned 95. However, this speculation met its end only after a week.

The sources close to her Majesty revealed that she had no intention of stepping aside and handing the throne to Prince Charles. Moreover, they added that the Queen seems more committed to the concept of ruling the nation even now. She has dedicated herself to her duties as a sovereign and continues to do so.

Fast Facts About The Queen:

Until the Queen is alive, the throne will always remain in the powers of her Majesty. However, if the Queen retires, dies, or abdicates, Prince Charles will pass the throne. In the coming year, the Queen will turn 96. However, this year’s birthday was sorrowful for the death of Her Majesty’s husband. Nonetheless, one can expect to see the Queen marching in the parade during her official birthday.

Must Read : Monica Lewinsky And The Affair That Shook The World: Lewinsky Moved On, Says Clinton Should Want To Apologize

Salesforce CRM Development – A Must for Rapid Business Growth