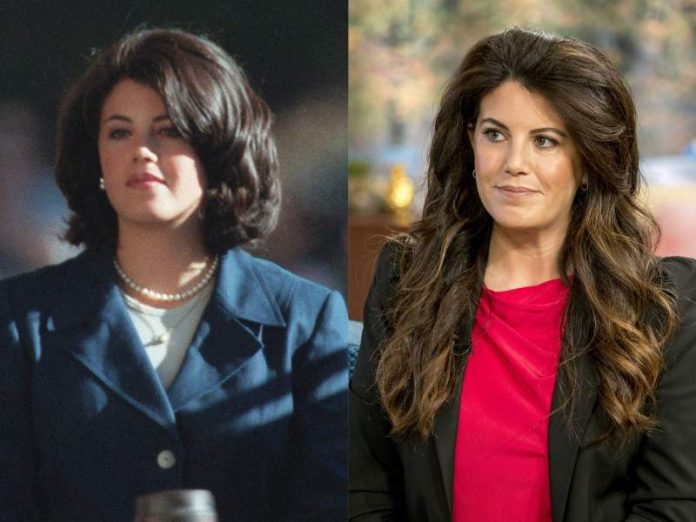 In the wake of the new series in the anthology of American Crime Story: Impeachment, the person in question has revealed quite a bit of info. Monica Lewinsky and Bill Clinton’s affair shook the world during Clinton’s presidency. Of course, it did not go away without drama. A lot has happened since then. Multiple pop-culture adaptations, along with countless articles written on it. Lewinsky has finally come clean about it. Monica says that Bill Clinton should apologize for the affair, although she has moved on.

The Story So Far:

Monica Lewinsky has become the new subject of ‘Impeachment: American Crime Story. The story will trace back what happened during the presidency of Clinton. The drama focuses solely on the affair that took place between Lewinsky and Clinton. So, during the premiere of the drama, Lewinsky got candid about the affair.

The former White House intern found herself at the center of the impeachment scandal. Moreover, she became the object of ridicule for the nation when her friend Linda Tripp released the details of their affair to the media in 1998. Now, the story will come to life, thanks to the FX’s anthology, “American Crime Story”.

Monica got friendly on the “Today” show Tuesday before the series premiered. She said that she was nervous for the public to see her “cringeworthy” moments. Moreover, she also said that her worst judgment calls came to the screen.

In the interview, she said, “I’ve worn two hats in this project. As a producer, I’m very proud of the project. But as a subject, I’m nervous. I’m nervous for people to see some of the worst moments of my life and a lot of behavior that I regret. If you remember your 20s, not that long ago, it’s pretty cringeworthy.”

Monica Lewinsky Speaks Out About Her Affair With Bill Clinton

The infamous affair that shook the nation in the early 20s is finally all out in the open. Monica came out about the affair in all its glory and shame. The infamous affair between Clinton and Lewinsky had citizens talking a lot about Monica. Hence, Lewinsky brings forth “the affair” from her point of view in the screen for the populace to witness.

The show will focus on intimate details about the role of Clinton in the situation. It will also focus on the guilt of Lewinsky in the affair that led to the social scandal and historical impeachment. In the interview, the host asked if she carried any ill-will towards the former president.

She answered, “I think there was a long period before my life changed in the last six or seven years where… I felt a lot in terms of there not being this resolution, I’m very grateful that I don’t have this feeling anymore, I don’t need it.”

Even after decades, one of her regrets is not giving the former president the space to apologize. She said, “he should want to apologize”. However, she further retorted that now she has moved on.

Some Basic Knowledge About United Airlines

Types of Bathroom Flooring to Help Beautify Your Home

Who is Alex Cooper Dating? All About her Boyfriends & Dating...

What to Consider When Choosing a Residential Window Tinting Service