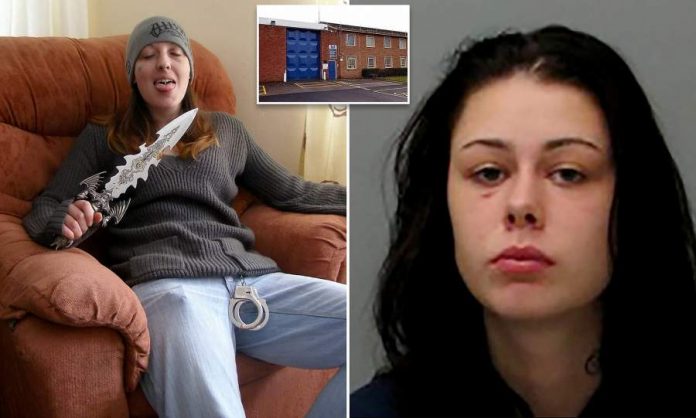 The terror of Peterborough is perhaps etched in everybody’s mind after Joanna Dennehy’s killing spree robbed three people’s life off during a 10 days’ massacre. In the United Kingdom, only three women serial killers are there who don’t have any possibility of Parole. One such name is, of course, the woman of our topic.

In the year 2013, in March, the murders of Peterborough, or what the people also know as Peterborough Ditch Murders happened. Over the course of ten haunting days, Joanna Dennehy took the life of three men and dumped their bodies in the Ditches of Fenland, which is around Peterborough.

Naturally, this terrible & heart-wrenching incident shook the whole nation. It’s worth noting that Joanna is a person, whom the police had to deal with a lot of grit and resilience. In fact, the woman even went on the run after the murders. Moreover, she even taunted the police and attempted severe two more lives as she tried to flee.

So, in this article, we shall talk about the infamous serial killer Joanna because fans might like to know about her.

Brief On Joanna: Know About The Killer

So, if you want to know about Joanna Dennehy, the infamous serial killer of Peterborough, then you have come to the right place. As per the reports, she was born in St. Albans, Hertfordshire. Her parents are Kevin, who is a security guard, and her mother Kathleen, who is a Grocery shop worker. Both of them wanted their daughter to become a reputable lawyer, however, she chose the wrong side of the law.

Therefore, she ran away at the age of 15 about eight times. However, when she became 16 years old, she got the legal right to decide where she wanted to live. Her sister Maria has also spoken about her. She said, “It was like she woke up one day and said ‘no’ about her career”.

Running away from home was a common occurrence to Joanna. This is something that troubled her parents and sibling. Therefore, they called the police multiple times.

According to the doctors, Joanna had psychopathic and anti-social disorders which made her behave like that. In fact, she also had borderline personality discovers which is extremely dangerous. Following her arrest, the doctors also came to know that she has paraphilia sadomasochism.

It is a form of a mental disease when a person gains sexual tension and excitement from other’s pain and humiliation.  According to the court reports, Joanna Dennehy just wanted to have some fun. In fact, she even bragged about the whole crime incident, as if took pride in her act.

Her Victims & How Police Arrested Her

So, the serial killer woman has three victims to her name whom she stabbed brutally. They are Lukasz Slaboszewski, Kevin Lee & John Chapman respectively. She killed them over a 10 day period in 2013.

After killing all of them, she ditched the bodies around the ditches in Petersborough. Thereafter, as we said earlier, she went on a run from the police. However, the police finally caught her after she attacked two dog walkers on their way. To arrest her, police had to launch a nationwide manhunt. Moreover, they also used CCTC footage to track her down.

It’s astonishing that even after committing such a cruel act, she has no remorse. On the contrary, she laughed and smirked as the judge sentenced her to lifetime prison.

While in prison, she planned to escape by killing a guard and using their finger to get past the biometric security. Moreover, in prison, she fell in love with Hayley Palmer, an inmate.

Read Also : 5 Contouring Tricks to Get Your Perfect Look

Karen Mccollum: The First Wife Of Scottie Pippen Not Many Knows About

Discover the Benefits of Trisodium Phosphate as a Cleaner