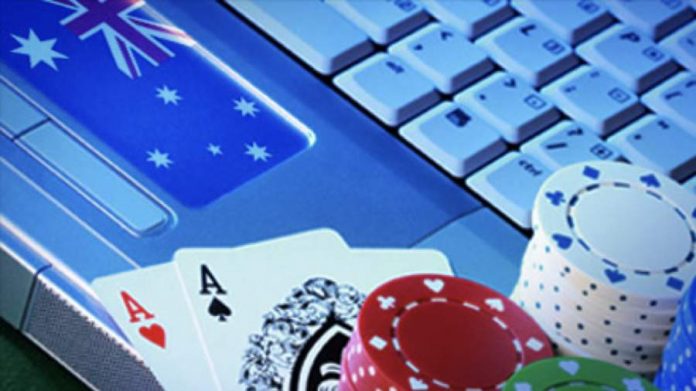 There’s an old saying that if Australians see two flies crawling up a wall, they will start placing bets on which will be first to the top. Over the past year or so, that’s suddenly sounded less like a joke – with everything that’s been happening, bookmakers would have welcomed the chance to take bets on the All-Australian Fly Racing Championships.

Of course, every nation and every industry has been thrown into disarray by the events of recent months, but that’s been especially so in Australia, with its strict quarantine and distancing rules. The iGaming sector has also seen very specific challenges, so for gambling-loving Aussies, it’s been a perfect storm.

When non-essential businesses were obliged to close their doors last year, it hit Australia’s gambling industry hard. After all, market researchers have found that Australians spend almost $1,200 per adult per year on gambling. That’s significantly higher per capita than any other nation.

The most popular forms of gambling involve the famous pokies, otherwise known as slot machines. As well as the rows of them in casinos, pokies are a common sight in pubs, clubs and cafes. With these all closed, gambling options became severely limited, and all that remained were lottery tickets and scratchcards, which could still be purchased from newsagents and similar outlets that remained open.

It was a similar story with sports betting. Australia has some licensed online bookmakers, so access was not a problem. However, when the world started to batten down the hatches, all the major leagues and tournaments, such as the Sheffield Shield and the Australian Football League were suspended. In short, there was precious little sport on which to place a bet.

This is where those flies could have stepped in, but rather than resorting to that, Aussie bookmakers started to cast their net wider. Suddenly, they were headlining with odds on eSport tournaments, table tennis in Hong Kong and soccer tournaments in Moldova and Belarus.

The move to cyberspace

Australia was not alone in facing the above challenges. However, Australian gamblers faced an additional constraint. In most of the world, the closure of casinos simply meant more people playing online. The Interactive Gambling Act (IGA) of 2001, however, prohibits the provision of online gambling services to Australian citizens. The only exception is the handful of licensed sports betting sites mentioned earlier.

The problem is that the internet does not understand the concept of international borders. Online search phrases like “Australian online casinos” or “online pokies” went through the roof, and where there is demand, you can bet your last Australian dollar that someone will come up with a supply.

Dozens of offshore providers started to target Australian customers and the desperate efforts of the Australian Communications and Media Authority (ACMA) to block them have been almost comical. To add to the farce, Australian gamblers know that they are not breaking any rules in using these sites. The IGA is very specific in that it prohibits the provision of these services – in other words, it is only the casino that is breaking the law, not the gambler.

The worst of all worlds

The net result, therefore, is that Australia has seen a major shift towards online gambling over the past 12 months, and that is not something that is going to suddenly stop, even when casinos and pubs are completely back to normal. The difference in Australia compared with, say, the UK or Canada is that the sites Australians are using are unregulated and are operating illegally.

This means they are often of a fly by night nature and are liable to disappear at any moment when the ACMA catches up with them. Gamblers are putting themselves and their money at risk, and the Australian government is missing out on the millions in tax revenue that would be generated by a properly regulated online gambling infrastructure. There is a feeling in the air that Australians are waiting for kinder regulations so online casinos with Australian granted licenses can provide the casino experience they crave with the safety of proper oversight.

The other significant trend in Australian gambling habits over the past 12 months has been the rise in social casinos. All online social activity has seen a significant spike of late for obvious reasons, but social casinos have been particularly popular.

They do not involve real money gaming, and are just for fun, but nevertheless, the fact that they are gambling-related, albeit with in-game currency only, and that they are accessible to children has caused controversy in the corridors of power. Last year, a Private Members Bill was tabled to amend the IGA to also prohibit social casinos. It was rejected in December, presumably because it would prove as difficult to enforce as the rest of the IGA.

Current trends in Australia’s iGaming suggest that legal reform of online gambling regulations is inevitable. The only real question is how long it will take to come about.

How to Solve QuickBooks Error 2107?