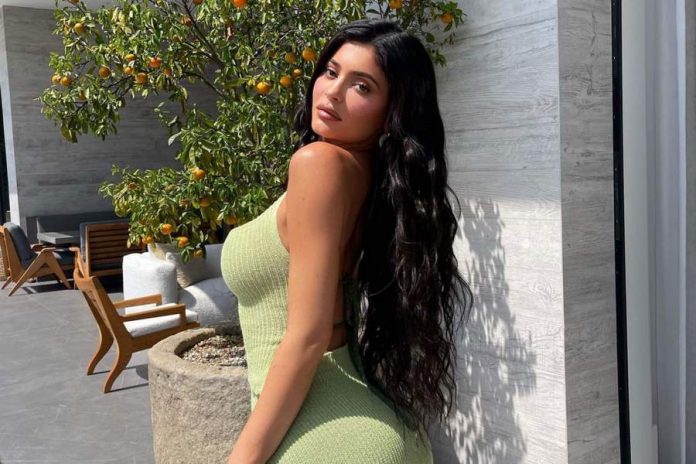 The social media influencer, model, and beauty mogul, Kylie Jenner is pregnant again. Jenner took to Instagram to announce her second pregnancy. The 24 years is already a mother to a 3-year-old beautiful daughter, Stormi Webster.

She created a minute and a half long Instagram video with heart emoji and pregnant belly as a caption. The video starts with Travis Scott appearing with a positive pregnancy test. It then shows her and her partner, Travis Scott faking their daughter to the doctor’s office for an ultrasound.

The video was very suggestive and touching because the video includes something more. It features the moment when Kylie tells her mother, Kris Jenner, that she is pregnant. Webster gives her grandmother an envelope consisting of photos of the ultrasound.

In the video, Kris Jenner is heard saying, “Stormi! We’re going to have a baby. This is one of the happiest days of my life.” The video also includes clips of Jenner’s stomach. With that, she focused on the scenes from the star’s 24th birthday. Her birthday was on August 10.

Although nothing other than her pregnancy is surfacing on the internet. Still, this news is something that has everyone wanting to take a glimpse of the celebrity.

Kylie Jenner Net worth: Is she really a billionaire?

Kylie Jenner at 21, became the world’s youngest self-made billionaire. Forbes peeked into her finances, and Kylie Jenner Net worth turned out to be $1 billion. She achieved this humongous feat by selling 51% of Kylie Cosmetics to Beauty Business Coty, Inc.

The business deal was worth over $600 million. After some time, Forbes found something fishy. Kylie Jenner Net worth was not that much. The whole billionaire thing ended here. Forbes removed the title from Kylie. According to Celebrity Net worth, Kylie’s net worth is $700 million.

It seems like Kylie’s family played a trick to make her famous. Nonetheless, they were successful. This youngest self-made billionaire thing did wonders to increase her following.

Sources close to Jenner have said that the star is looking forward to her second pregnancy. Since the star loved the process of pregnancy the first time, she sure wants to make a splash in the public, unlike the first time.

This Persian cat was carrying half his weight in his fur. Look at his...

Shop Luxury Menswear for Brioni Dress Shirts and so Much More

What Are Green Loans?

Do You Need Interactive Displays To Be A Good Marketer?