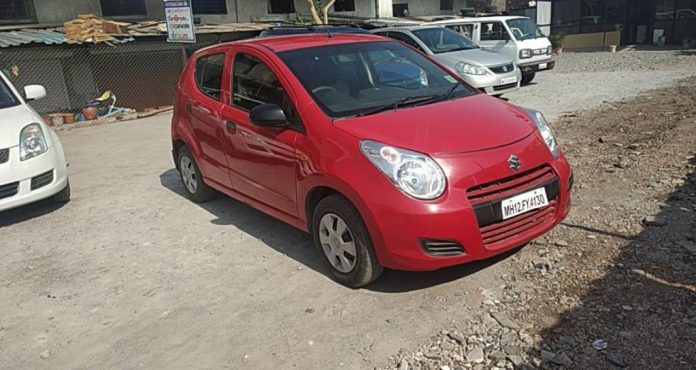 The second largest city of Maharashtra is renowned as an auto manufacturing hub. The city has become a leading center for automobile manufacturing.

Not just manufacturing facilities, the cars plying on Pune roads are increasing on a daily basis. In fact, as per the regional RTO information, the number of registered vehicles in Pune stands at 36.3 lakhs. This figure makes Pune the first city where the number of vehicles exceeds the human population.

This sudden increase in vehicles brings good news for used car buyers as there are a lot of car models to choose from. This also directly translates to an increase in used cars in Pune.

Buying a used car is a tremendous task. Buying off from used car dealers can be fraught with risks as such some dealers don’t disclose the true condition of a used vehicle in order to close a deal.

You should buy a used car from offline only if you have trust in the dealer and the cars are pre-inspected.

If the offline dealers do not offer inspected car then you can search on the online auto portals who offer certified used cars in Pune. The online portals have certified used cars listed on their website that are also available for finance given the buyer has a good credit score.

If you are looking for a used car but confused about the model of the car., then you can consider top used cars that might help in selecting a car.

Below are some of the bestselling second- hand Cars in Pune –

In fact, the car has been receiving the love of Indian customer for a more than a decade now. The popularity of the car can be estimated from the fact that the car is still popular in the used car market.

Another successful car from the homegrown manufacturer is the Maruti Suzuki Alto. The car is the right choice for those looking for an affordable car with low maintenance and low running cost.  The car is extremely reliable and has proven its mettle on the tough Indian roads.

Hyundai recently launched the new Santro car in the year 2018 with some added features.

Another popular car from the Korean carmaker is the Hyundai i10. The car earned a lot of name and fame due to its sporty performance and smart pricing strategy in the segment.

The tall boy from the Indian carmaker got loads of love from Indian buyers. The car’s reliability was known to the extent that the car began to be used as a tourist vehicle wisely. The robustness of the engine and large boxy space inside the car made it the perfect small sized family car. The car also gave a decent fuel mileage that meant low expenses on fuel. The maintenance of the car was negligible and coming from the Maruti stables meant low service cost. Even today there is a strong demand for used wagon cars in Pune.

The Honda City has become synonymous with the luxury sedan car. The first generation of the car came as a four-door sedan car that was launched in the year 1998. The car at that time was produced at the Greater Noida facility. The car was well received in the Indian car market as gave Opel Astra and Ford Escort a tough competition. But soon it dominated the luxury sedan car segment that lasted for a long time. But even today, the car has a heavy demand in the used car market as it is still wanted. In short, there are no dearth of second- hand Cars in Pune as there is plenty of car option to choose from Droom.

Employment Is Booming in UK Now: You Want to Be Part...