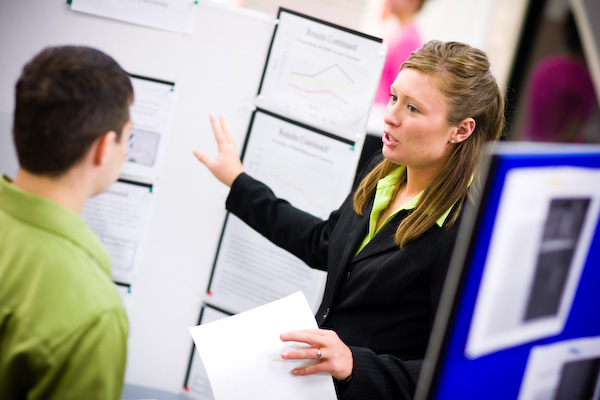 Interpreting the current status of the job market is never an easy task, particularly for students who have little prior experience with it. Business majors have it especially tough, due to the versatility of a business degree and the number of potential concentrations that can be available. Jobs in the finance sector could be facing very different problems from those in management or marketing. An entrepreneur looking to start his or her own business, on the other hand, has a completely separate set of circumstances they need to consider—the availability of credit or the willingness of investors to take a chance on your business idea, for example. Let’s look at some data from recent years that might give an idea of what graduating business majors are in for when it comes to finding a job.

According to an April 2018 report from the American Bureau of Labor Statistics (BLS), there are quite a few business-related fields that are well primed for graduates with a bachelor’s degree. The areas of business, finance, and management all had significant projected growth during the period from 2016 to 2026, particularly when applied to positions which require a relevant bachelor’s degree for entry. The best growth among each category for degree-required jobs included:

Of course, these are far from the only positions which a new grad could enter. Other positions, such as human resources specialist or management analyst, are also doing quite well. There are also many positions which do not formally require a bachelor’s, as these often do, but which may strongly prefer applicants who hold degrees over those who do not, that are seeing equally impressive growth.

Looking back at some slightly older data from 2016, we can get a better idea of how holding a business degree impacts your earnings even in the earlier parts of your career. The BLS put together a chart showing the top ten occupations for 16 to 34 year olds who hold a bachelor’s degree in business. The data is sorted by median income and projected job growth, which leads to some interesting revelations. Over 11% of those with business degrees were working as accountants or auditors, for example, a career which, again, was projected to see faster-than-average job growth, and had a respectable median income of $54,000 per year, well past the national median income of $36,200 at the time. In fact, of the ten occupations on the chart, which combined made up 36% of the jobs held by business majors, six were expected to see average or better job growth, while seven of the ten had median annual incomes higher than the national median. From this chart, it’s clear to see that even a few years ago, business majors had some of the best prospects both in terms of job growth, making it easier to find a position, and income, ensuring that the degree paid for itself.

There is still the entrepreneurial group to discuss, however. BLS data on self-employment and small business owners is often a bit difficult to come by, since an entrepreneur could start a business in almost any field. Tracking trends among new businesses since 1994, the BLS data on small businesses can seem a bit discouraging—the number of new businesses created each year has not fully recovered since its dive in 2008 as a result of the recession, and small businesses early in their life cycles are creating less new jobs than they have in the past. Things aren’t quite as grim as they might look, however, for those who do set out starting a business; the success rate at 6 years into a business’s life has consistently remained near 50%, while even just 2 years in has stayed near 80%, with late 2007, 2008 and 2009 having some of the lowest survival rates. In other words, provided an economic recession doesn’t strike right as you start up your business, your odds of success are about the same as ever. To give yourself the best chance of success, you could consider industries in which business have had the greatest survival rate, with healthcare companies being less likely to fail overall. Even these variations from industry to industry, however, are rather small. As it turns out, chasing your big idea is still often the best option.

The job market for business majors is a bit stronger than you might have expected, with solid growth rates that make entry into the industry easier and incomes that are higher than the nationwide average. Those early in their careers with a bachelor’s degree are predicted to have strong opportunities. Even those planning to start their own business are offered roughly the same odds of succeeding as at any other point in the last 20 years. Business majors who are finishing their degrees and preparing to enter the workforce should have little to worry about, since they’re well-equipped for success.

10 Perfect Gifts for a New Parent

Which Credit Card You Should Apply for Travelling?

Crazy About Cruises? Here’s Why Cruises Are the Best Way to...