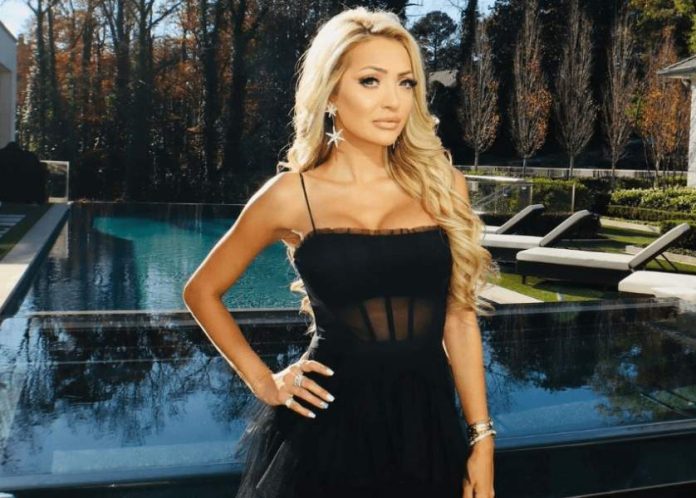 Juliana Carlos has been on the news for quite some time. And it seems the sensation she created in the media will not die down easily. Basketball fan Carlos has made a splash in the media. Moreover, she made a name for herself after getting in a row with LeBron James. Yes, the LeBron James, that too at an NBA game earlier this week.

After the Los Angeles Lakers’ 107-99 win over the Atlanta Hawks, LeBron became angry. He even initiated an X-rated argument with courtside couple Juliana and Chris Carlos. However, Carlos has picked up something of an Instagram follower after falling out with James. Her altercation has left her open to the attention of the media.

How Did The Spectacle Take Place?

During the argument, many fans witnessed something they shouldn’t have. The camera caught Juliana Carlos shouting at LeBron. She shouted “Shut the f*** up. Don’t talk to my husband like that.” Although the camera could not catch what the athlete had said to Chris Carlos. Hence, we do not know what part of his speech made Julia lose her calm. However, he took to Twitter and wrote a post about the argument after the game. The post said: “Courtside Karen was MAD MAD!!”

Although Juliana has since then received a great deal of spat from the fans for her behavior at the NBA game. Nonetheless, she has also garnered up to 80,000 Instagram followers because of the incident. Though, initially, she ranted on Instagram Live about Lebron. She shouted in the video ‘f**k you.’ However, she has subsequently apologized.

In one of the messages on Instagram, Juliana Carlos wrote, “To say things escalated quickly at yesterday’s game is an understatement, and I want to apologize for losing my cool and removing my mask in the heat of the moment.

What should have been a quick back-and-forth between two adults got out of hand and my instinct to stand up for the man I love kicked in. Did I get defensive when that happened? Yes. Did I use offensive language when I could have taken the higher road? Yes.”

Juliana owned up everything. But what is more important is that she even apologized for the way she behaved. She further explained her behavior. Finally, she ends up saying, “And for these things, I take full responsibility.”

The unfolding story has been told on Juliana’s Instagram account. That is why many fans continuously started following her. They did it to get any update on the further development between Juliana-James spat. Although LeBron dubbed her as ‘Courtside Karen’. But it seems that the basketball mogul, supposedly Karen, has come to terms.

Juliana Carlos is an American-based model, Youtuber, and social media personality. Due to her spat with basketball mogul LeBron, she has garnered more than 80k followers on Instagram alone. When it comes to YouTube, she has about 1,000 subscribers. She came to the attention of the media when she and her husband involved themselves in a heated argument with LeBron James. After the spat between the couple and the athlete, Juliana took to social media to clear the air. She even said that the couple is rather passionate about sports.

After the heated conversational exchanges between the Carlos couple and LeBron, the security kicked the couples from the courtside seats. However, to know more about any further development about the spat, you better follow Juliana Carlos on Instagram.

Read Also : The Mystery Behind Blow Up Dolls: Who Made It?

More Accurate Than Market Cap: What Is Enterprise Value?