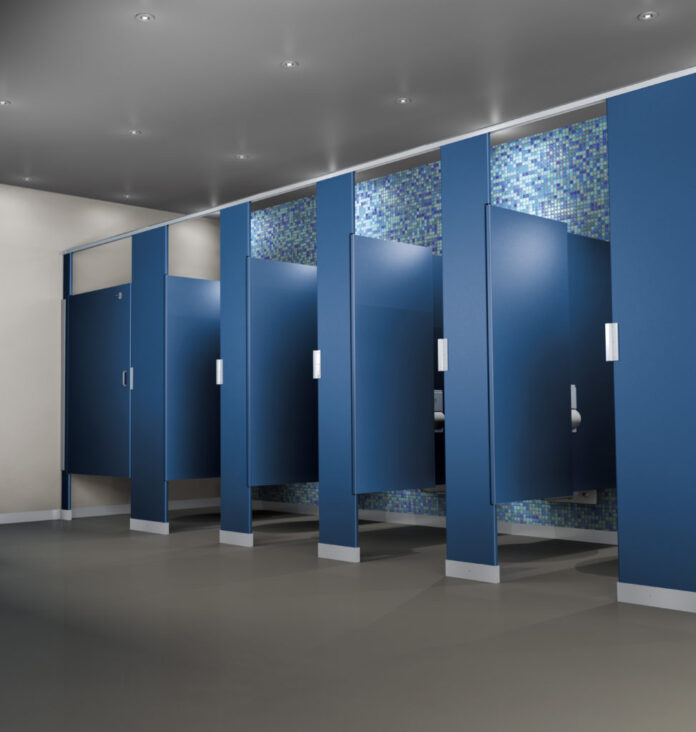 The year is 2020 and everyone seems to demand that their toilets smell like roses and all surfaces have to be spot free. That, and of course that you have the privacy as if you are in your own home. This was not the case back then for public toilets. We may have taken for granted this luxury afforded to us by a continually evolving toilet partition design. You might think that back then, the public toilet may just be the nearest place you can go and relieve yourself as long as it was out of sight. However, even the roman and the asian civilizations have actually facilities that they use for bathing together. The Japanese, in particular, have bathing so ingrained in their society that it actually becomes part of their culture.

The class system was alive and well during the middle ages. And like most societies registered to this way of life, the wealthy do enjoy more compared to the poor. In toilets use and bathing, for instance, facilities made for the poor pales in comparison to the ones used by the nobles and the wealthy.

Although we no longer have the same system that kept the poor from enjoying the finer things, it is clear that public toilets differ from one another. A public toilet on top of a five star restaurant for instance would be way more comfortable compared to the public toilet on the subway.

A Look Back On Toilet Partitions

Toilets were not as sophisticated back then. If I were to ask you who had owned the first toilet who had a flush, you may say, in jest, that it was the queen. And you, funnily enough, would be correct. The first ever flushing toilet was made for the Queen of England. As expected, the first prototypes had hitches. The flushing toilet did not really deliver on its promise.

The first public toilets that resembled the modern era were probably first set up during the industrial revolution. Flocks of workers often swarmed city streets for their jobs and they needed a place to relieve themselves. Otherwise, the city would succumb to disease as the health ministers correctly assess.

These toilets were designed to have better privacy than the first public toilets that have been used then. They had high regard for one’s personal space and ensured that everyone could carry out their business in peace. It was truly a feat to install the public toilets in the cramped Victorian streets. The underground systems were installed with the strict specifications of the health board.

As more women saw it necessary for them to extend their stay outdoors during the latter days of the industrial revolution, city engineers saw it fit to add even more privacy to public toilets. These additional measures were created directly from the clamor of the women in society.

Toilet partitions finally surfaced in the first decade of the twentieth century. A great American architect brought forth an innovative design for toilet stalls where the walls would not go all the way up to the ceiling and were hanging above the floor. The mechanism for suspension extended to other features of the toilet as well which included the bowls as well as the sinks. It truly was starting to look like a modern public toilet.

It took a few decades after the industrial revolution before the toilet had evolved into the fixture that we have all become accustomed too. In terms of privacy, it had indeed come a long way. This was key in the development of, not only the public toilets, but of public establishments in general. The toilet partition brought about two important benefits that paved the way.

The first obvious benefit is privacy. Long before women have the rights they do now, rarely do they ever wander the city streets especially alone. This of course has changed and has brought along with it other necessary adjustments in public spaces. More particularly, it inspired the creation of toilet partitions between urinals that emphasizes privacy.

People often consider the toilet partition as awkward and they still question its design. However, in the kind of setting that it is being used in, there is hardly any alternative. Public toilets require routine maintenance and having walls that segregate toilet stalls into mini rooms means the janitor has to clean up, one stall at a time. This problem does not exist in toilets with toilet partitions. The hanging partition is designed at a height wherein the pole of a mop can easily slide under.

The second benefit is sanitation. After a few plagues, health ministers and health boards have become quite aware of the threats that pathogens pose on the health of its citizens. This is the reason why they made it a point to keep their public toilets as clean as possible. This practice carried on until the modern age where public toilets in establishments have become a need instead of a luxury.

Other than the benefits already mentioned above, the toilet partitions serve other purposes.

Toilet bathrooms need proper ventilation, otherwise the air will grow stale. And a closed room with stale toilet air may not be the best combination for the next person using the toilet. Toilet partitions allow the air to properly circulate around the room ensuring a more fresh experience.

The gaps beneath the toilet partitions are natural identifiers. Knowing if a toilet room is vacant or not can become a nightmare for the person in the toilet. It is understandable for anyone using the toilet to be less chatty. And it can become quite stressful for the user if he or she has to respond each time someone knocks.

And finally, closed spaces are indeed safety hazards. Thus, closing a room as small as a toilet stall exactly fits the bill. Aside from that, the space beneath the toilet partition also allows for a quick escape or entry for someone needing immediate assistance.

How Much Do Replacement Windows Cost? The Prices Explained

How To Spice Up Your Bathroom Without Busting Your Budget

How To Get Followers On Instagram Free In 5 Minutes?

Selling a House With a Mortgage: 5 Things You Need to...