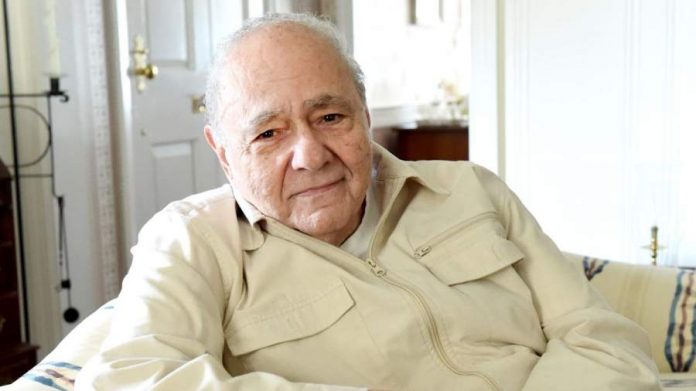 The Emmy-winning actor from “Room 222”, Michael Constantine died on August 31st. The American-based actor was found dead in his apartment. He was 94 years old. Micheal Constantine has become one of the legendary actors in Hollywood. And his colloquial acting skill that absorbed the script has given the acting industry more.

One can note his continuation to the industry through the exciting filmography. The representative of the “My Big Fat Greek Wedding” actor confirmed to the media about his death. He claimed that his family confirmed his death to the local outlet of his Reading, Penn.

In the announcement, the family affirmed that he died peacefully of natural causes. They further said that the family members including his sisters surrounded him while his time of passing came. Micheal Gordon has also disclosed that Constantine was battling illness for several years. Although they did not release which illness it was.

Micheal Constantine was a name that he adopted in the entertainment industry. In reality, the late actor was born Gus Efstration on May 22nd, 1927. Born during the great depression, he saw the hanging economic issue right in the open. He was, like any other, in search of meaning.

Hence, he began his acting career on stage in the early 1950s in New York. Before he moved towards appearing on the telly, he gained skills and experience to make it big. Finally, he landed a role that put him as an upcoming talented actor. The role was that of principal Seymour Kaufman on ABC’s “Room 222.”

This role earned the actor an Emmy nomination, which ultimately turned into a huge win. He won the Emmy award for best supporting actor in a comedy in 1970. The series had a five-season run. Hence it ended in 1974. Although there is much that the actor has achieved through his involvement in the Hollywood industry.

Recalling The Time From My Big Fat Greek Wedding:

The critics have noted that his recent popularity was the role of Gus Portokalos in “My Big Fat Greek Wedding.” It was a character that he related to most. The actor was a Greek immigrant himself. So the role of the eccentric Greek family man suited him more. The actor said in an interview that he was a bit anxious because he thought that the script might not be authentic to the Greek-American experience.

However, he was wrong. The movie captured the essence of Greek-American culture successfully. In the interview, he said, “I had to audition for the part. Before that, I asked to read the script, because I was very leery. I didn’t know Nia then [she also penned the screenplay], and I was anxious about someone writing some Greek thing. Was it going to be baloney or was it going to be something by somebody who really knows Greeks? So I read the script and I said, ‘Yes, this person obviously knows Greeks.'”

He also recalls that fans took his character’s traits. The trait that allows them to think the household cleaner Windex can solve any problem became a huge hit in pop culture. Despite popular belief, the actor revealed that he became sick of Windex. Why? It is because his fans ended up sending hundreds of bottles of Windex after the film premiered in 2002. Not only that, but the fans also asked him to sign the bottles. Think of it as a memorandum.

Although he was tired of the role, it did not stop him from reprising the role in the short-lived 2003 sitcom “My Big Fat Greek Life ”. Not only that, but he also acted in the 2016 film sequel “My Big Fat Greek Wedding 2.” It shows his love for acting.

Must Read : Her Majesty And The Mystery Behind Two Birthdays: How Old Is Queen Elizabeth?

Five Ways to Effectively Approach a Business Litigation or Lawsuit