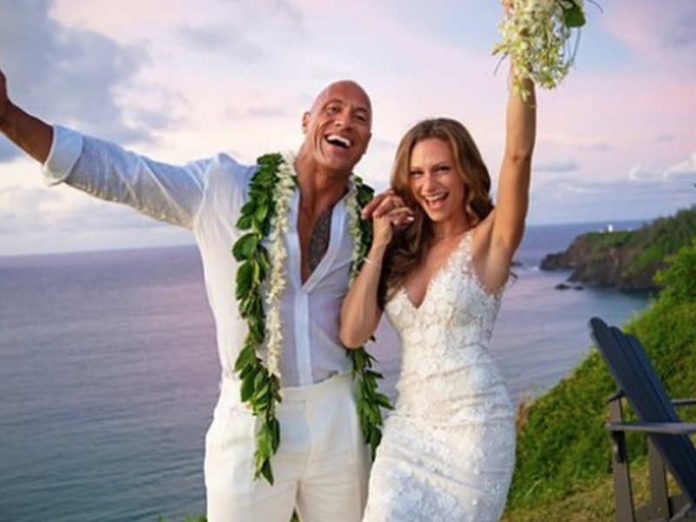 To start with, Lauren Hashian is an American singer and wife of a former wrestler, The Rock. Lauren is a songwriter and has written several songs on SoundCloud. One of her popular singles is “Go Hard”. The singer came to the limelight by dating the Hollywood star, Dwayne Johnson.

Read through the article to get more information about Lauren Hashian. Find the answers to different unknown questions in this article.

As already said, Lauren is a popular celebrity’s wife and singer. Lauren has a passion for music. It was in her blood, as her father was a drummer. With the coordination of her sister, Aja Hashian, Lauren writes and composes songs. One can get her songs on the SoundCloud website.

Lauren and Dwayne Johnson married recently. The couple had a long-term relationship, which they maintained secret from the media. Read the latter part of the article to get more information about Lauren’s personal and professional life.

The Early Life of Lauren Hashian

Lauren was born on 8th September 1984. Her birthplace is Lynwood, Massachusetts, USA. She belongs to the combined ethnicity of Armenian, German, and Danish. Lauren holds an American Nationality. Her zodiac sign is Virgo.

Her parents are Sib Hashian and Suzanne Hashian. Lauren’s father, Sib was the famous drummer of the Boston band. Her mother was a Dallas Playboy Club Bunny.

Lauren Hashian completed her schooling at Lynnfield High School. To complete her degree, she moved to Boston from her hometown. In 2006, she graduated from Emerson College in Public Relation.

Lauren married her long-term boyfriend, Dwayne Johnson. Dwayne Johnson is one of the popular celebrities in the Hollywood industry. The nickname of the former wrestler is ‘The Rock’.

The couple has two daughters, Jasmine Lia Johnson and Tiana Gia Johnson. Lauren is leading a happy life with her husband and kids. They are currently residing at Southwest Ranches, Florida.

Lauren Hashian started her career as a singer. She released her albums on SoundCloud, a music group on the internet. Lauren co-ordinates with her sister, Aja Hashian for releasing singles on SoundCloud.

Lauren is a songwriter too. She worked with the rapper, YaBoi Shad as a co-writer. In 2016, she released her single “Go Hard”, which is the most hit number. Lauren performed with her late father, Sib on stages too. She is one of the finalists in the show, ‘R U The Girl’ in 2005.

The celebrity earns a good income from her profession as a singer and songwriter. The singer owns a net worth of around $5 million. She is leading a lavish lifestyle with her husband’s Dwayne Johnson.

Lauren maintains a perfect body posture. She stands at a height of 5 feet 8 inches. Her body weight is 56Kg. Coming to the body measurements, they are 34-25-35 inches. Dwayne Johnson’s Wife was born on September 8, 1984, and She is 34 years old. She has blue eyes with brown hair.

To sum it up, Lauren Hashian is a popular songwriter and singer. She is active on Instagram with 170K followers on her account.

Is Pittsburgh a Good Place to Live? 5 Reasons to Move to Pittsburgh

Importance of Autocue Hire for Your Presentation

The Complete Guide for Small Businesses Surviving the COVID-19 Pandemic