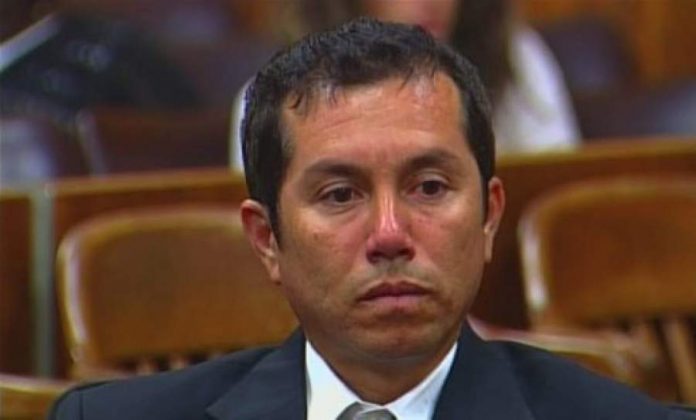 The name Jose Trinidad Marin is pretty much known to all of us. He is famous as the ex-husband of late singer Jenny Rivera. Moreover, we know this man best as one of the most vicious and vile sexual offenders of all time.

For several years, while he was in a relationship with his wife Jenni, he sexually abused his own daughters and sister-in-law. Consequently, police arrested him and put him into prison for 31 years. It has been a decade since the incident and many of the late singer’s fans are curious to know about Jose’s life. So, in this article, we shall tell you some interesting facts about the man.

He was born in the year 1964, on 15hth February. He first came to prominence after he had tied knots with Jenni. During the early phase of his life, the duo was secretive about their affair.

As for his nationality, he is American-Mexican. Moreover, he belongs to the Mexican ethnicity. His parents raised him in Mexico before they shifted to the US. He was perhaps young when he moved to the States.

A Bit On His Career

During the time he had started dating Jenni, he did many odd jobs. Thereafter, he started to work as a restaurant manager to earn some decent money. The first sign of him as a physical abuser comes from a career-related dispute with his wife.

He asked Jenni to be in the home, taking care of kids and stuff. So, when Jenni refused to do so, he physically abused her. After getting a divorce from his wife, he moved on with his life and got into a new groove of life in Riverside County.

So you must be also interested to know about his personal life with Jenni. Well, the duo tied knots in the year 1984. In fact, at the time of the marriage, he was only 20 years old and his wife, Jenni was 15. Moreover, during their marriage, Jenni was already pregnant.

When you marry someone, you’d want it to be successful, and your better half to be supportive, caring, responsible. Well, Jose lacked all of those qualities. It was as if a nightmare for her, due to constant physical abuse. There were numerous problems that eventually led to their divorce. In fact, it’s worth mentioning that, Jose didn’t only physically abuse his wife and children, but also sexually abused them. Moreover, he didn’t even spare his sister-in-law.

A Bit On His Kids

Now let’s talk about his children. During the time when Jenni was still in high school, she gave birth to the beautiful-looking daughter, Chiquis Rivera, on 26th June 1985.

After a couple of years, they were blessed with a second daughter, Jacqueline, on 20th November 1989.  Thereafter, on 11th September 1991, they had a baby boy, Michael.

Fans would like to know that all of them are doing great in their respective fields. The oldest daughter Chiquis followed a similar path as her mother and is now a singer. Meanwhile, the other two are now actors who work in English and Mexican films and tv series.

A Bit On His Divorce And Sexual Abuse

It was not an easy life for Jenni, as well as the children. Naturally, after years of mental torture, it was time to call it quits for Jenni. She filed the divorce papers in the early 90s and finalized them in 1992. The judge gave the custody of the children to Jenni Rivera.

She stated that she filed the divorce due to physical and emotional abuse. It was after several years later that she came to know about more pressing matters- about Jose sexually abusing his daughters and sister-in-law

As soon as Rivera found out about the news, she immediately lodged a police complaint. However, Jose Trinidad Marin ran away and became a fugitive. In fact, he started to live with a new identity in Riverside County.

It was after years of a legal battle that the Jury found the man guilty of sexual abuse. Therefore, the court sentenced him to a life in prison of 31 years.

However, it’s worth mentioning that, despite all of the sexual abuse, his daughters still are on good terms with him. In fact, on the court in 2007, the oldest daughter said, “I just would like to tell my father that I love him and I forgive him. He may not think that I love him, but I do.”

His Present Condition In Jail

There was a rumor back in 2018, that he’s soon getting out due to nice conduct. However, people didn’t like the news at all. There were a lot of hate comments in the media. So, we don’t know if he will get out soon. Presently, he is perhaps atoning for his sins in the dark prison.

We tend to forget or forgive the past mistakes of people. However, for a person who can go to such an extent as Jose, it becomes very hard for us to forgive them. Even if he does atone for the crimes, the stain won’t go away.

Should I Switch Electricity Providers? Important Factors to Consider

How to Sell a House for Cash: The Basics to Know

Do you Need Private Health Insurance in Mexico? [The Truth]

Know Some Facts About Neurosurgery Treatment