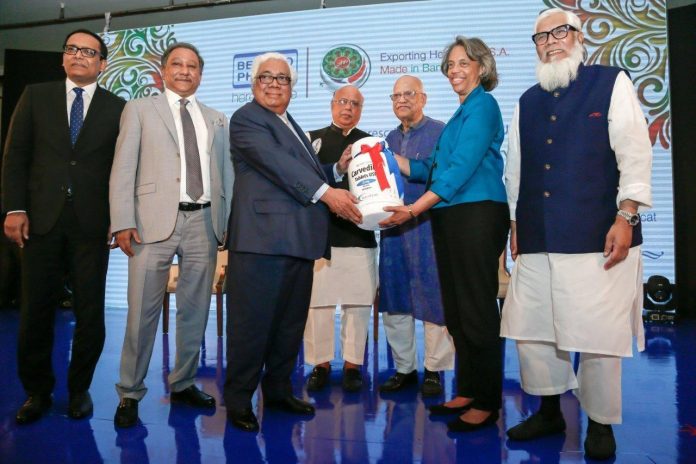 Beximco Pharmaceuticals, part of the Beximco Group and an AIM- listed manufacturer, recently exported its blood pressure drug, Nadolol, to the US market.

As an emerging generic drug player, Beximco has been one of the leading exporters of pharmaceuticals in Bangladesh. With an aim to provide affordable medicines, the company has been able to expand the export market to over 50 countries. Besides this, Salman F Rahman‘s Beximco is also well accredited across multiple global regulatory authorities within the EU, Australia, China and the Middle East.

With the recent announcement of the launch of drug Nadolol, Mr. Nazmul Hassan MP, the Managing Director of Beximco Pharmaceuticals, said that it’s our fifth product in the US market, which exemplifies continued progress in expanding our presence in the market.

Bangladesh is currently able to meet much of its domestic demand of pharmacy as it is continuously investing in the production of generic and affordable medicines. In this context, Salman F Rahman, one of the most successful Bangladeshi businessmen, added that the local pharma companies were meeting 97 per cent of domestic demand at the lowest prices in the world.

Additionally, the recent announcement of Nadolol tablets are expected to boost the pharma exports of Bangladesh. Nadolol tablets are the company’s 5th product to be launched in the US market. They are considered an equivalent to Bristol- Myers Squibb’s Corgard tablets for treating hypertension, more commonly referred to as chest pain. As per the data of IQVIA of the US, in 2018 the total market value for the tablets was worth more than $63 million. The manufacturing output has further led to a surge in Bangladesh’s pharma exports, which has soared to about 25.60% in the last fiscal year.

In the year 2016, Beximco Pharma also became the first Bangladeshi pharmaceutical company to export medicine to the US market, with the approval from the US Food and Drug Administration, after the inspection of their oral solid dosage facilities in June 2015.

Mr. Hassan acknowledged the company’s success on becoming the leading provider of new medicines across major global markets. “Due to our presence and quality development projects in the US and other emerging markets, we are well acquainted to achieve double- digit growth in our export business,” he said.

What Do You Need To Know About Erectile Dysfunction

How Mobile Game Development Will Shape the Future of the Gaming...