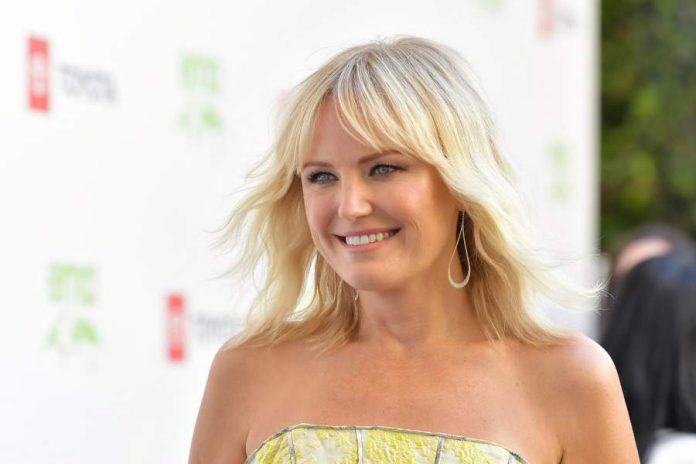 All of us have heard about the pretty Swedish-Canadian singer, actress as well as model Malin Akerman, haven’t we? This sexy and hot young woman never had any intention of becoming an actress but because of her mother’s insistence, she took up modeling as her career. However, she became popular after her major role in the film Watchman.

So are you curious to know more about this multi-talented actress? In this article, we will provide you with some interesting details about Malin Akerman’s personal life as well as how she rose to prominence.

A lot of Malin Akerman’s fans are eager to know more about her early life as well her career and if this hot actress is dating anyone. So let us discuss it right here. Malin Akerman was born on May 12th, 1978 in Stockholm, Sweden. Therefore she is presently 42 years old. Malin’s zodiac sign is Taurus.

Well, it is needless to say that this young actress is extremely pretty and attractive. We often see Malin Akerman’s bikini pics in her social media accounts. She looks pretty hot in them, isn’t she?

Even though the pretty actress is aging, you cannot guess it from looking at her pictures. She has a great height of around 5 ft 8 inches. Her weight is around 56 kg or 134 lbs. In fact, Malin has perfect body measurements for becoming a model. It is around 34-26-35.

Malin Akerman was born into a middle-class family. In fact, her mother Pia’s profession was that of an aerobics teacher and her father Magnus Akerman was an insurance broker. They moved to Canada when Malin was just 2 years old. However, her parents divorced each other when she was 6 years old. Malin started living with her mother in Canada whereas her father moved back to Sweden. Her mother married for the second time. Furthermore, Malin has a younger step-brother from her mother’s side as well as two step-sisters from her father’s side.

Malin had attended a number of schools during his childhood, including the famous school Dante Alighieri Academy. Later on, she took up psychology at the prestigious York University in Toronto. However, she had to leave her studies midway because of her acting profession and she moved to Los Angeles.

Right from her childhood Malin Akerman has an attractive figure for a model. Therefore, she first started as a child model when she was just 5 years old. She also started appearing in various TV commercials till she was 12. However, at the age of 17, she won the Ford Supermodel contest in Canada and stepped into the modeling industry.

Furthermore, her acting career began in 1997. Malin started appearing in several guest roles in popular movies. For instance, she appeared in the Canadian science fiction series ‘Earth: Final Conflict as a robot’. Then after a gap of 3 years, she returned to TV series like ‘The Others’, ‘Relic Hunter’ etc. She made her debut in the American psychological thriller ‘The Skulls’.

Moreover, she is also a talented singer. Therefore she was the lead singer in the famous rock bank ‘The Petalstones’. But later on, she left the band to focus on her acting career. And it is from her role as the female lead Lila in the comedy film ‘The Heartbreak Kid’ that she became extremely popular. She also starred in various other hit films, including the ‘Watchmen’ in the role of Silk Spectre II. Malin also received several awards and acclaims for her roles in these hit projects.

Well, this hot actress is already married. Malin had met her future husband, the Italian musician Roberto Zincone in 2003. At this time she was singing for the band ‘The Petalstones’ and Roberto was the drummer. After dating for a while the couple finally tied the knot in 2007 in Italy. And it was in 2013 that their son Sebastian was born.

However, the couple separated later in the year 2013. Malin still has a tattoo of the first letter of her ex-husband’s surname ‘Z’ on her wrist. She also has a tattoo of a lotus on her upper back representing her Buddhist faith.

The hot actress is also pretty active on social media platforms. Although some years back some of Malin Akerman’s nude pics got leaked on the internet and this created lots of controversies. The young actress has about 111.7k followers on her Twitter account and has around 517k followers on her Instagram account. So you can well understand the level of her popularity.

What is the Net Worth of Swedish actress?

Malin Åkerman Net Worth & Salary : Well, as you can understand from her career graph as well as her fan followers in her social media accounts that this pretty actress is immensely popular. Therefore it is quite obvious that she has a huge net worth. As per Malin’s net worth, it is around $10 million.

Even though there were various controversies regarding Malin Akerman’s naked pics on the internet, this pretty actress is highly successful in her professional life. There are not many people in the Hollywood film industry whose talent lies in so many fields.