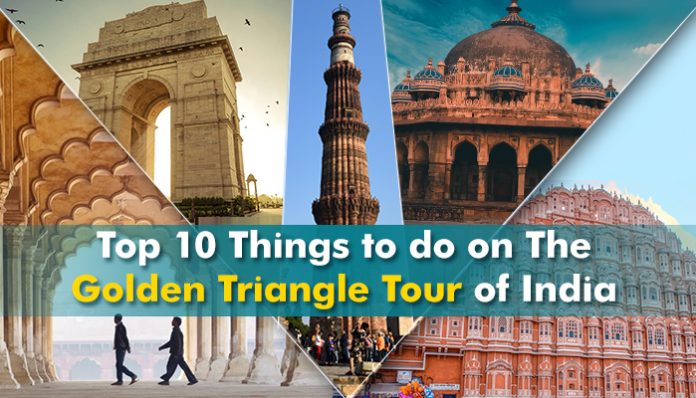 Golden Triangle Tour of India is one of the known planned tours to experience and see the whole of India. Astir Blend of Modern and Ancient culture National Capital Territory of Delhi, the Mughal grandeur of Agra and the Majestic Rajputs of Jaipur is one of the most traveled trios of India. A Triangle of Delhi, Agra, and Jaipur is one of the best cities of India with different cultures, traditions, and different festivals. If you are planning a trip to India or some Indians who have not yet visited these most alluring cities, then don’t think more and just go and book Golden Triangle Tour Packages India now.

Why is this Triangle called “Golden”? This question must have aroused in your mind…yes?

If yes then let me give you a good answer. It is called “golden” because of its intriguing culture and traditions, especially these big cities have Gold like Marvels such as Red Fort in Delhi, Agra’s Taj Mahal and Majestic Hawa Mahal of Jaipur.

Read and know the top reasons to take a Golden Triangle Tour of India: 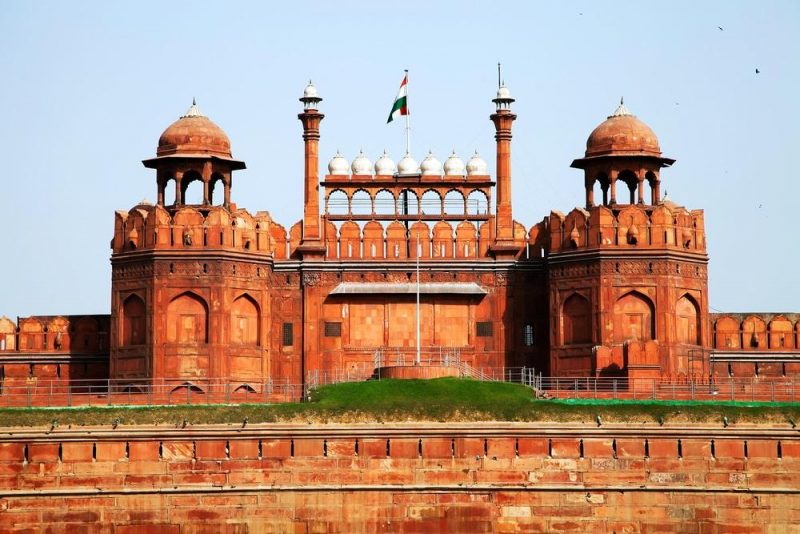 While the Mughal era may long be gone, but it’s vestiges are still alive in the form of their Marvels. Red Fort, which is the ancient and national monument of India.

It was built by the fifth Mughal Emperor Shah Jahan in 1639, as the fortified capital of Shahjahanabad, now named Red Fort after it’s magnificent walls made of red sandstone.

This grandeur octagonal-shaped citadel not only is an opening door to the adventurous Golden Triangle tour but also it gives an opportunity to retrieve the old World of Mughals and Maharajas.

A detailed venture of this huge monument may take a whole day as it covers an area of 2 km in this small densely populated city. 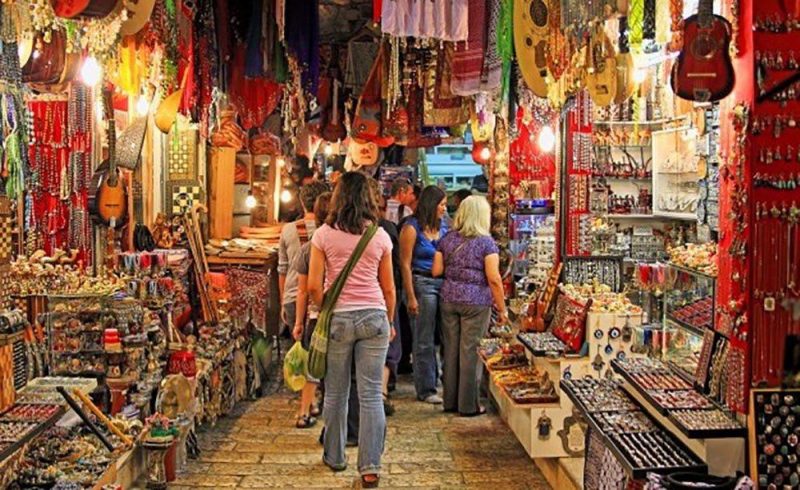 Chandni Chowk, Heaven for Foodies, Antique-Lovers, Book obsessors, Idyllic Shoppers who wants to explore such an old bazaar which was initiated by Mughal king Shah Jahan and later over 3 centuries ago got thronged by Chinese, Turkish and Mediterranean merchants. This market is full of various items from new to second-hand electronic goods, a good variety of home decor, jewelry, cosmetics, and whatnot.

Delhi’s trip is incomplete without visiting the shopping paradise of India. Kamla Nagar Market, Sarojini Market for clothes, where a bad bargainer also gets a good bargain, such a paradise of different fabrics attracts visitors from all over India and even to Foreign visitors. 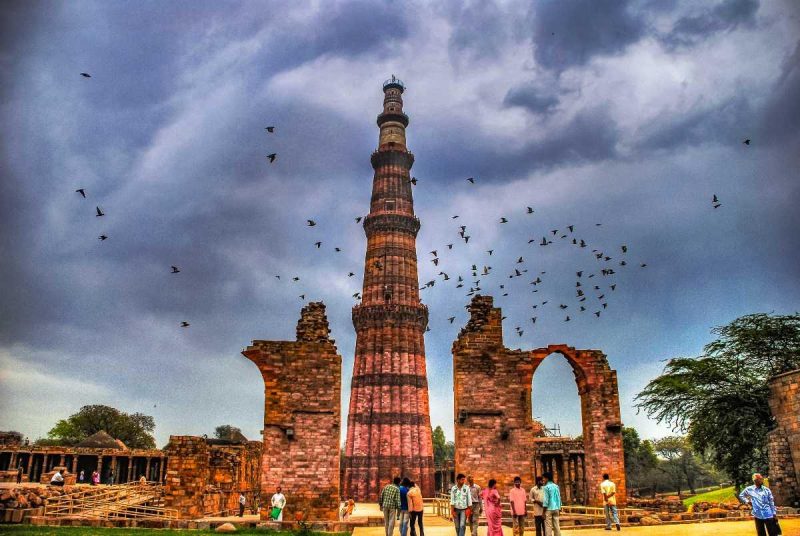 Qutub Minar, the tallest brick layered minaret in the world. The “Tower of Power” was constructed in 1193, inexorably cognate with the ascension of Muslim rule. It is a fact that a base of this minaret showcases a mosque which was India’s first Islamic worship home with ruins and attractive gardens. This minaret is an iconic architectural marvel of medieval times, is undoubtedly one of the most striking monuments in the world.

Who doesn’t want to taste Delhi’s overly tempting, most delicious, spicy with tangy flavored Street Food which shall surely bring tears to your eyes. This famous food is available on almost every street in Delhi’s market place like that of the Kamla market, Pandara road, Paharganj market, Rajinder Da Dhaba Jawaharlal Nehru University, and for those who want to explore the most chaotic place in Delhi.

If you want more to taste the most amazing food, then Chandni Chawk is the best place. The most Intoxicated food you would get is, Gol-Gappe, Chole Bature, Samosa, Bhalla Papad, Besan Ka Chilla, Nan-Khatai, Chole Kulche, and a lot more. 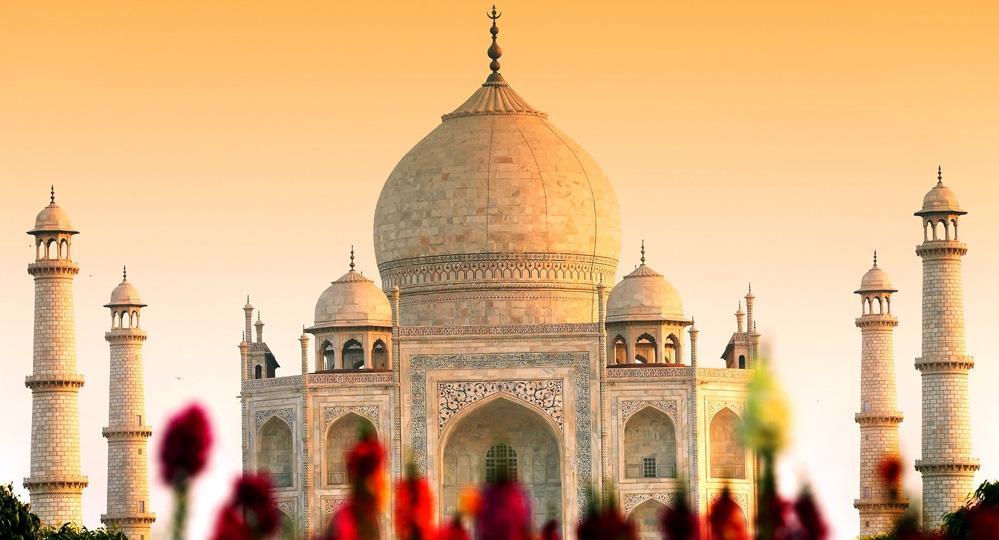 In commemoration of Mumtaz, the Mughal Emperor Shah Jahan built the Magnificent Monument in 1648 in the loving memory of his wife. Post after his demise he was buried alongside her, under his own Wonder. UNESCO, the World Heritage classified the iconic Taj as one of “the seven wonders of the world” by 100 million votes in 2007.

The Iconic site of the Taj Mahal is something that can amaze your eyes in its entrance itself. A leisurely walk through its garden takes the visitor to the History of Mughals by such a Historic view of Grandeur architecture.

Also, Taj is one of the reasons for calling this Triangle as the Golden Triangle, as it is considered as a gem of India. 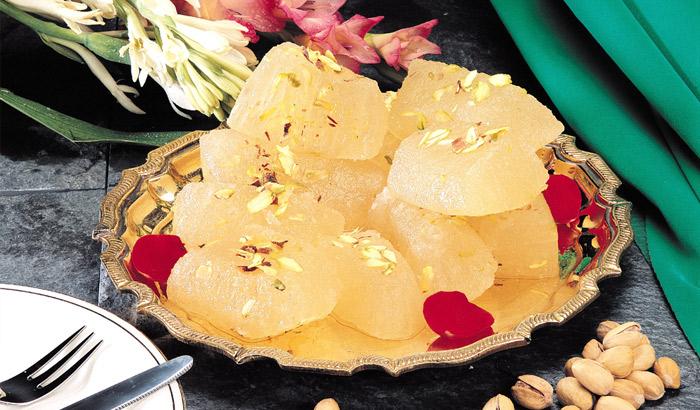 Agra is not only famous for its Majestic Marvels of the Mughal era, but also for its most delicious lip-smacking sweets. One of the best known sweet of Agra is ‘Petha’ made from coarse ash of White Pumpkin and glucose. Variety of flavors avail of Petha in this city, whether it is rose-red colored Petha or Green silver-coated green Petha.

There is a sweet short story behind this young translucent sweet, that Shahjahan once ordered his royal chef to prepare a sweet that would be pure and as white as his creation ‘Taj’. After this, the thriving cottage industry of Petha got originated in the mughal’s Kitchen and today Agra is known for his sweet, Petha.

Shops like Panchhi Petha and other sweets shop in Sadar Bazaar are famous for its superior quality Petha. Buying Petha sweets from a Certified outlet will give the best quality. 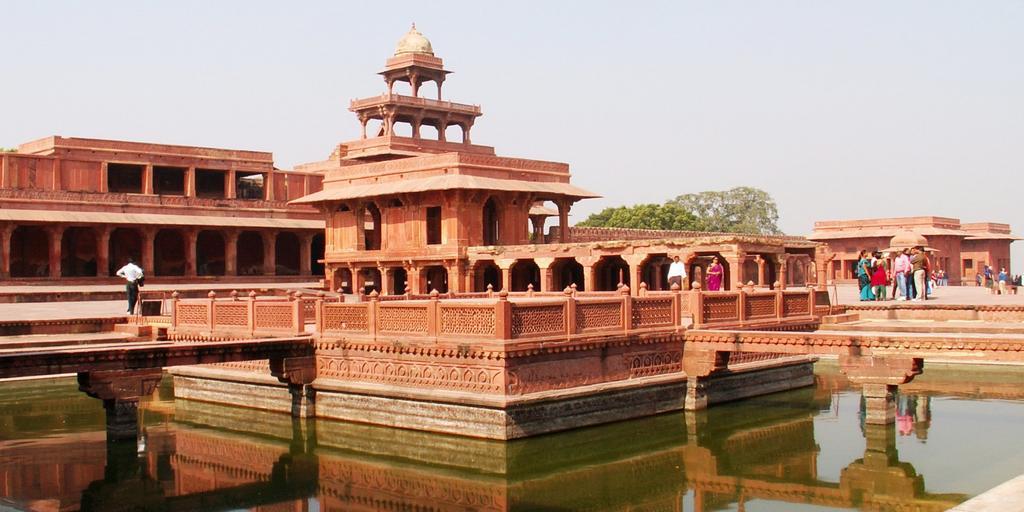 Fatehpur Sikri is a city situated 37 km away from Agra, is another excellent example of one of the Mughal architecture which would take you again in the medieval aura of the Mughals or Rajas and Maharajas.

The Marvelous structure of the red sandstone, showcase the elegant architecture and the ultimate sense of planning.

Fatehpur Sikri stands as now intriguing Ghost city, reflecting India’s rich sophisticated culture. It is one of the known art pieces of the Mughal Akbar’s philosophy, which was left unsettled once it got abandoned. 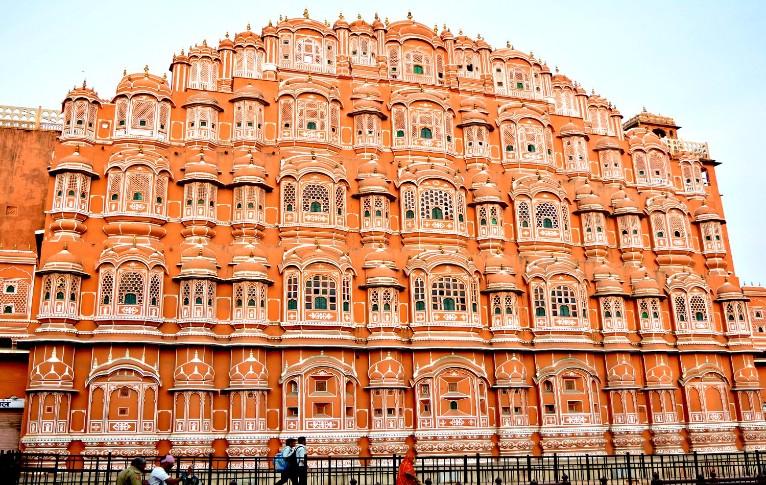 Situated in the Heart of Jaipur, Hawa Mahal, also the Pride of Rajasthan. Creation of 1799, by Raja Sawai Man Singh for the women of his family. It is known for its contemporary designs and grandeur architecture and the biggest resplendence of Rajasthan’s Rajputs.

Hawa Mahal or the Palace of Winds has around 953 windows, entwined with Latticework to make the whole Palace airy and cool throughout all the seasons. This pyramid-shaped wonder has proved to be the most visited heritage site of the Rajasthan. The best way to explore the fascinating lively Golden Triangle Tour is to go Shopping. Johari Bazaar is the most idyllic place for shopping traditional artifacts; most famous Rajasthani Kathputli (puppets), which is a pair of dolls made of clothes adorned with full Rajasthani look; Traditional attires like ‘Ghagra-Choli’, ‘Lehengas’, ‘Dupattas’; and most attractive traditional ‘Juttis’ or a flat-soled shoes made of camel leather with pointed tips. 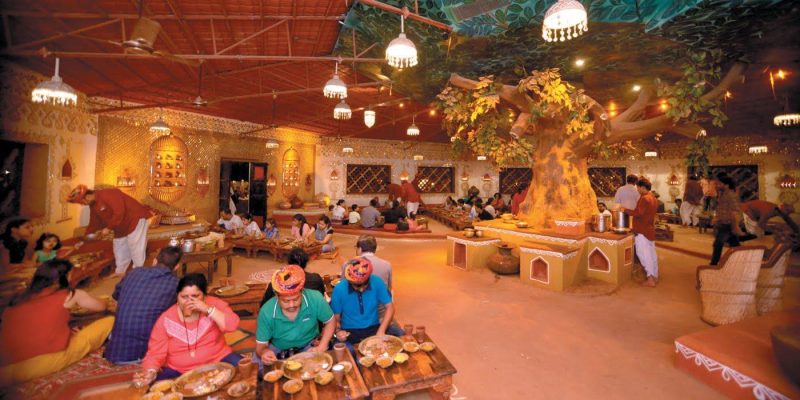 If you have only seen Rajasthani culture and tradition in movies, but want to experience the lively Rajasthan in real, then Chokhi Dhani in Jaipur is the iconic Rajasthani hotel to live whole Rajasthan. It is an all-inclusive package of Traditional Rajasthani Culture that includes Traditional Folk dance and signings, puppetry, magic shows, pottery, elephant, and camel rides, providing with Tarot-Card reading and Palmistry. It has such a unique style of dining area serving mouth-watering thali of Rajasthani Cuisine, all within adorned by small hamlets. You cannot stop yourself from dancing by watching the Rajasthani girls dance.

So kindly get ready to experience one of the best times of your life through the Golden Triangle Tour of India.

India is incredible indeed! And what makes India unique from different continents is its diverse culture and traditional history. I probably think this article would have surely captured your mind by fascinating you to make a trip to this wonderful Golden Triangle Tour. So pack your bags and book an amazing package to Golden Triangle Tour of India.

6 Awesome Advantages of Becoming a Buyers Agent in Sydney

How can you find out a perfect loan for your requirements...