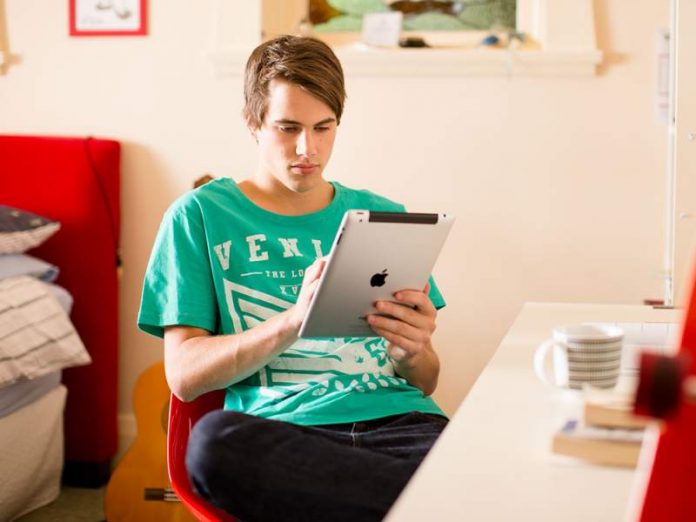 With the rise in the role media plays in our lives, children get more and more exposed to technology and the media, much more than the older generation did at their age.

Recently, the talk about how much time is ideal for young children to spend staring at screens was reignited, and the American Academy of Pediatrics announced that it is not completely wrong to allow children under the age of two watch television or have access to the internet, before they are in their preschool years.

The Pros and the Cons

It is a major win to have an esteemed organization like the American Academy of Pediatrics encourage parents to allow screen time for kids. Many parents see how their kids pick up new words through watching interactive children shows such as Sesame Street. Also, educational apps are a good way to keep your kids learning, while also keeping them busy and occupied.

The AAP has not come out to declare that kids should be given an unlimited number of hours as screen time, and in fact, they say that children within the age bracket of 0-17 months should be limited to just interactive video calls between friends and family members. However, older toddlers should be allowed some level of screen time. The AAP suggests that an efficient plan should be created for the kids to follow:

The app store is teeming with educational apps for children, but which one is actually good enough for your child? Look out for the apps with the best reviews and ratings, and download one from a company you trust.

You get to make all the decisions concerning your child, and how much screen time they get is one of such decisions. Consider your schedule, and determine the best time to slot in your child’s screen time.

As the parent, it is up to you to lay down the rules on how and where your children can use their gadgets and access the media. For example, make a strict rule on no television before bedtime, or no phones at the dining table.

As your children get older, more ways they can benefit from the media emerges. What you have to do is filter through the available content, and allow only the ones most ideal for your child. Some of the best technologies available to children now are the apps which allow them collect rewards for completing tasks.

Many parents have in fact been allowing their young children some hours of screen time – even when the AAP deemed it wrong, but it is reassuring now, knowing that an esteemed organization recommends what we might have already been doing!

The takeaway from the AAP’s recommendation is that although they do not a hundred percent recommend exposing young children to screen time for an extended period, there are smart and effective ways for children to learn from the media. The main thing for parents to do is filter the content, and control it with common sense.

How To Write A Functional Resume – Memo For A Jobseeker

7 Questions to Ask a Realtor When Buying a First Home

How SSL Certificate Can Affect SEO and Google Rankings

Why People Prefer To Use Second hand Mercedes In Daily Life

How to Balance the Functionality and Style of the Home through...

A Few Best Ways to Overcome the Sleeping Disorder, Insomnia