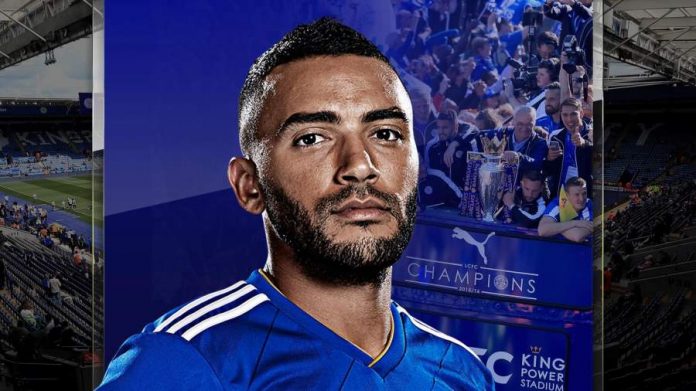 The Premier League winner Danny Simpson branded as a trash bag by the mother of his daughter named Stephanie Ward. Formerly, Simpson played for Manchester United, Newcastle United and also for Leicester City defender. He had a relationship with Stephanie Ward with whom he has a child. But Ward shamed the player by calling him a man without any morals and values. She publicly humiliated him by calling him a trash bag. Their relationship was a turbulent one as Ward accused him of abusing her. She asked her followers to choose wisely with whom to have children. You can find all the details of this feud here.

What do we know about Danny Simpson?

Danny Simpson is from Eccles, Greater Manchester and his birth date is 4 January 1987. He is thirty-four years old now. Moreover, he played for popular teams like Manchester United and Newcastle United. Also, he played for Queens Park Rangers. Recently he played for Leicester City U23s squad.

What do we know about his personal life?

Simpson had a daughter who was a premature baby in 2011. But in 2015 Simpson’s girlfriend Stephanie Ward accused him of assaulting her. Because of that, he spent three hundred hours doing community service. In 2016 the authorities reviewed his community service and lessened the hours.

Who is Stephanie Ward?

Ward is the former partner of the footballer. She is also the mother of his daughter Skye. But why is she in the headlines? This is because of her troubled relationship with Simpson. On Twitter, she shared that she is a twenty-something mother surviving through power naps. Also, she added that she is a hopeless romantic. Then she also has a thing for sunsets.

She also convicted Simpson of assaulting her. Then she joined a Women’s Aid to aid women who are suffering because of abusive relationships. Moreover, Ward shared that because of earning lots of money some people get special treatment. Also, the wrongs rich people do never come out in the open. That is why she said that she suffered abuse from Simpson. She shared that they get treated like Gods so they dare to do anything.

Why was their relationship troubled?

Stephanie was studying at a law school when she met the handsome football player Simpson in 2007. They both really liked each other at that time. Then in 2014, they split. During that time rumours started to spread that they spilt because of Simpson’s affair. Ward also became pregnant with a kid during the relationship with Simpson. The baby came into the world prematurely but she was healthy.

After they broke up the couple went to dinner together because of their daughter. But then Ward called 999 where she asked for help. The officers came to the rescue and saw the footballer’s arms around her neck. She was screaming “get off me”. Then they saved her and got control of the situation. Simpson got charged by the authorities however he denied the claims of abuse.

What did Danny Simpson say?

The footballer did not accept the assault claims against him. From his side, he revealed to the court that Ward frequently texted him for money to buy expensive shoes. That is why the fight began. He bought her the shoes but after that thought that she did not deserve them. So he tried to take it off her legs. Judge Alexandra Simmons rejected the claims of Simpson claiming it as “unworthy of belief”.

Therefore the judge considered this case as a serious matter and saw it in a domestic context. Also, she said that Ward is in a vulnerable stage. She maintained that strangling someone is as same as using a weapon. Many times the couple had a public row on Twitter too.

What about their daughter?

Skye is the five-year-old daughter of the couple. Ward accused Simpson of not looking after Skye along with her. Later a source close to Simpson shared that Ward said that she will drop her maintenance demand if he gives her another baby.

Then Simpson replied saying that Ward was not letting him see his daughter. He also accused her of asking him more money every month. Now the situation has become very messy as the former couple are putting each other down.

The former couple is not ready to let the matter rest. They want to put each other down in front of people on social media.

3 Best Ways to Use Augmented Reality in Your Digital Marketing

10 Tips for Finding Movers You Can Rely on

How To Pick The Perfect Wedding Gift For A Couple

To begin with, SolarMovie is one of the best online websites to watch movies. Further, web-based platforms like solar movies are very popular these...

Roderick Jeffrey Watts is popular to the media as the husband of Isabel Wilkerson. He and his wife are academic people. Roderick works as...

Joanna Gaines is a popular businesswoman in America. She is a star through the show “Fixer Upper”. The star appeared in the show with...

The CBD industry has changed a lot over the last few years in response to increased research and individual interest in CBD’s health benefits....

Which CBD Soft Gels And Capsules Are Right For You?

CBD capsules and CBD soft gels have become some of the most popular ways to use CBD supplements in the last few years. One...

Tips To Relocate With Minimum Stress

The KYC, Importance and the Process