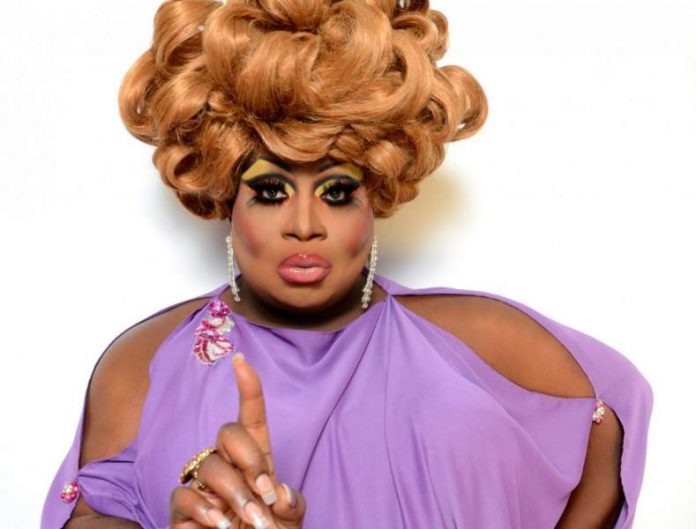 Timothy Wilcots also called as Latrice Royale is a well-known drag performer, recording artist, and also famous reality television personality. She became popular when she appeared in the fourth season of RuPaul’s Drag Race. Currently, she is forty-nine years old. Also, Royale got the title of Miss Congeniality. Then she received a fifth place on the fourth season of All-Stars. That is why she became the popular drag queen in America. In 2016 Royale married Christopher Hamblin in Atlanta, Georgia. He is an actor and musician. You can find all the details of Latrice Royale and Christopher Hamblin here.

What did Hamblin say about his marriage to Latrice Royale?

Latrice Royale husband has shared about his marriage life with the fans. He is also going to launch a new show called All The Queens Men. In 2012 he met the Drag queen who impressed people with her warm personality. Also, she is witty and smart. This was a major attraction for Hamblin.

Two times Latrice Royale took part in RuPaul’s Drag Race. So many people came to know her and became her fans. Then she started to date Christopher Hamblin who became her executive personal assistant. Moreover, he also became her pillar of support as he continued to help her improve in her talents.

Now after eight years of marriage the couple is still very much attached. They two attend many functions and events together. So Christopher is now ready to launch his show All The Queens Men. This show will offer the fans details about how life is being married to a popular Drag queen.

In his chat with Metro.co.uk through Zoom, Hamblin described the first meeting with his wife. He met her in Knoxville, Tennessee where she was busy in her drag performances.

At that time he was a music director at a gay church and also the artistic director at Knoxville Gay Men’s Chorus. So he wanted to make a good impression on Latrice. He revealed that he and Latrice started to flirt at their first meeting. But he did not take her advances very seriously. Then they married and after eight years that moment is still vivid in his memory.

He was already a fan of the drag race before meeting his partner. Also, he was very inspired by the contestants in the show. This is because he was at a very low point in his life. So when he saw people like Ongina, Jujubee and Manila Luzon it motivated him to be free like them.

Furthermore, his relationship with Latrice was the best thing that happened to him. He became very happy when she proposed to him in 2016. She revealed her feelings to him on Seattle Pride. The audience who saw the happy event showed their excitement. The video of this proposal received 328,000 views on Youtube. The date of the proposal was a vital moment as it was the day where one of the friends of Latrice and Hamblin died at a gay club.

So it was a very emotional time for them but the right one. Hamblin said that at that moment the world needed good news so his partner chose an impeccable time to propose. Furthermore, at that time, the event of gay marriage was new as gay marriages were made legal in US only a year earlier before their wedding.

This was also a new thing for Hamblin’s mother. She was not able to understand her son and his new partner so it took some time to sort this out. But as the nuptials began in 2018 his mother joined the wedding preparations in full swing.

What did he feel about being married to a popular person?

In the beginning, Hamblin was anxious at the prospect of marrying a popular person. But he shared that one of the most important things is to be sure of yourself. Also, he shared that one should not feel insecure. If people do not show importance to you then he says that it must not affect the self-confidence.

He revealed that people may care about Latrice because of her popularity. But he knew that they may not care about Mr Royale. Yet he did not let it affect him.

Christopher Hamblin is a very supportive husband of Latrice Royale. He has helped her to amplify her voice through the years. Now he is going to release a show of his own.

The Primary Roles Of A Web Development Company In Birmingham

5 Tips to Design the Perfect Garden