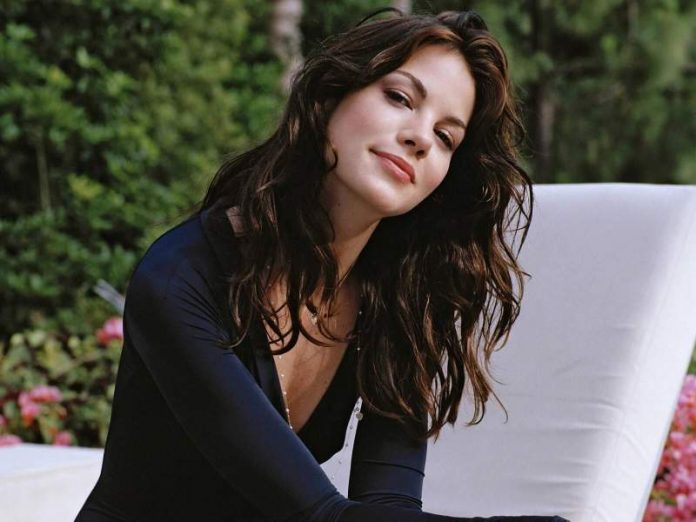 We all remember Ethan Hunt’s wife, Julia from the super-hit franchise Mission Impossible, right? Yes, you guessed it right we are talking about the hot and sexy actress Michelle Monaghan. She is one of the finest American actresses in the Hollywood film industry. In fact, it is not just Tom Cruise’s Mission Impossible series, but she has acted in several hit films with famous actors.

So if you are curious to know more about her personal life as well as how she rose to prominence, you can go through this article. Today, we will be discussing some fascinating aspects of her life. So what are you waiting for? Let us get started!

Since our readers are curious to know more about Michelle Monaghan’s life we are going to provide you with some interesting details about her. Monaghan was born on 23rd March 1976 in Winthrop, Iowa in the United States. Therefore she is presently 45 years old. Although she was born in the USA her ancestry is both Irish and German.

Well, if you are a fan of this sexy actress you must have surely been impressed by Michelle Monaghan’s hot pics that have been ruling the internet for a while. It is needless to say that indeed this American actress has an attractive figure.

Michelle has a great height of around 5 ft 7 inches. Her weight is probably around 56 kg or 123.5 lbs. In fact, it is her beautiful green eyes and her dark brown hair that makes her prettier and hot. The actress is a fashionista. She had also dyed her hair into different colors like red, blue, and golden. In order to maintain her perfect figure, Michelle works out a lot in the gym.

This pretty actress was born in a middle-class family. Her mother Sharon worked at a day-care center whereas her father Robert was a factory worker. Michelle also grew up with her two siblings, Bob and John. In fact, all of them lived happily in Iowa.

Monaghan pursued her studies from the East Buchanan High School in 1994 in her hometown Iowa. Here she also started acting in different plays. However, after completing her graduation she went to Chicago to pursue Journalism at Columbia College.

Moreover, in order to pay her tuition fees, she also took a part-time job as a model for catalogs. This surprisingly made her a popular face among her fans. Therefore, later on, after receiving so much popularity, the actress left her studies midway and took up modeling as a full-time job. She started getting modeling assignments from all over the world like Milan, Singapore, Tokyo, etc. It was because of her profession that the actress finally moved to New York. Her parents’ full support was the reason she could follow her dream.

As you know, Michelle Monaghan is one of the most successful actresses in the Hollywood film industry. She has various hit projects to her name. However, her movie career began with small roles from 2001. Her first appearance was in the film Perfume, which is based on the fashion industry in New York City. Michelle Monaghan’s movies also include Unfaithful (2002), The Bourne Supremacy (2004), Mr. and Mrs. Smith. In these movies, she acted with famous actors like Diane Lane, Matt Damon, Angelina Jolie, Brad Pitt, and others.

However, her fans came to know her after her major role in the superhit black comedy Kiss Kiss Bang Bang. Here she got the chance to act with veteran actors like Robert Downey Jr and Wal Kilmer. This role made her immensely popular. Michelle was also nominated for the Best Supporting Actress at the Satellite Awards and Saturn Awards for this movie.

Furthermore, her pivotal role as Julia Meade in Mission Impossible III gave her immense popularity. She played the role of a nurse, who later became the wife of the protagonist Ethan Hunt (Tom Cruise), an IMF agent. People also praised her acting in the movie Gone Baby Gone in 2007.

Well, the pretty actress is already taken. Monaghan’s marriage took place in 2005 to an Australian graphic artist Peter White. In fact, the couple has two children, a daughter born in 2008 and a son born in 2013.

The couple met each other at a mutual friend’s party in 2000. People say that they fell for each other right at the first sight. After dating each other for 5 yrs finally they tied the knot in 2005 in Port Douglas, Queensland.

Despite several controversies with Michelle Monaghan’s naked pictures, the actress is highly talented. She has had wide acclaim from her fans because of her great performance in several hit projects. We wish the talented young lady a happy and successful life with her family.

Tired of Being Tired? Try These 8 Sleep Tips to Beat Insomnia

Know The How Why And Whereabouts Of Installing Security Systems

Tips To Relocate With Minimum Stress

Payroll Services For Your Business