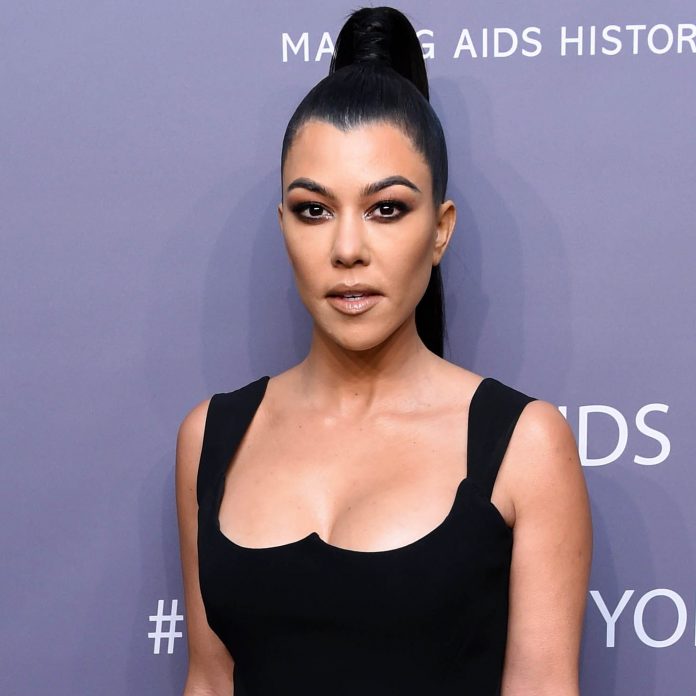 To begin with, Kourtney Kardashian is a famous reality personality of America. She is also a successful entrepreneur. Kourtney comes from a famous reality family. Her sisters and mother are also popular reality stars in America.

Read through the article to know about Kourtney Kardashian, her family, net worth, and other facts.

As mentioned earlier Kourtney is a famous television reality star along with her family. She lives and works in the United States of America.

Kourtney’s birth name is Kourtney Mary Kardashian. She was born on 18th April 1979 in Los Angeles, California. Her parents are Kris and Robert. Kris Kardashian is also a reality television star. The divorce of her parents Kris and Robert took place in the year 1991.

At the time of divorce, Kourtney was just 12 years old. Later on, her mother married Bruce Jenner, an Olympic gold medalist. Kris and Robert have four children. Kourtney Kardashian is the elder daughter of the couple.

Tough Kourtney had a tough childhood life she did let that affect her education. She went to Marymount High School. The location of school is Los Angeles in the United States of America. Marymount high school was an all-girls school.

Later on, she moved to another state in the United States of America. Kourtney was living in Texas for two years. Here she went to Southern Methodist University. Apart from this she also attended the University of Arizona. She holds a bachelor’s degree in Theatre Arts from the latter university.

What is the age of Kourtney Kardashian?

As stated in the earlier paragraph Kourtney’s birth date is 18th April 1979. So, as of today, she is 41 years old. She is also the oldest daughter of Kris Jenner.

A note of the personal life of Kourtney Kardashian

Kourtney is the daughter of another TV reality star Kris Jenner. Her birth father is a popular criminal lawyer. He rose to fame while defending the O.J Simpsons murder trial. On the other hand, her mother was a star in finances. This is one of the reasons why she is the manager of her children’s businesses. 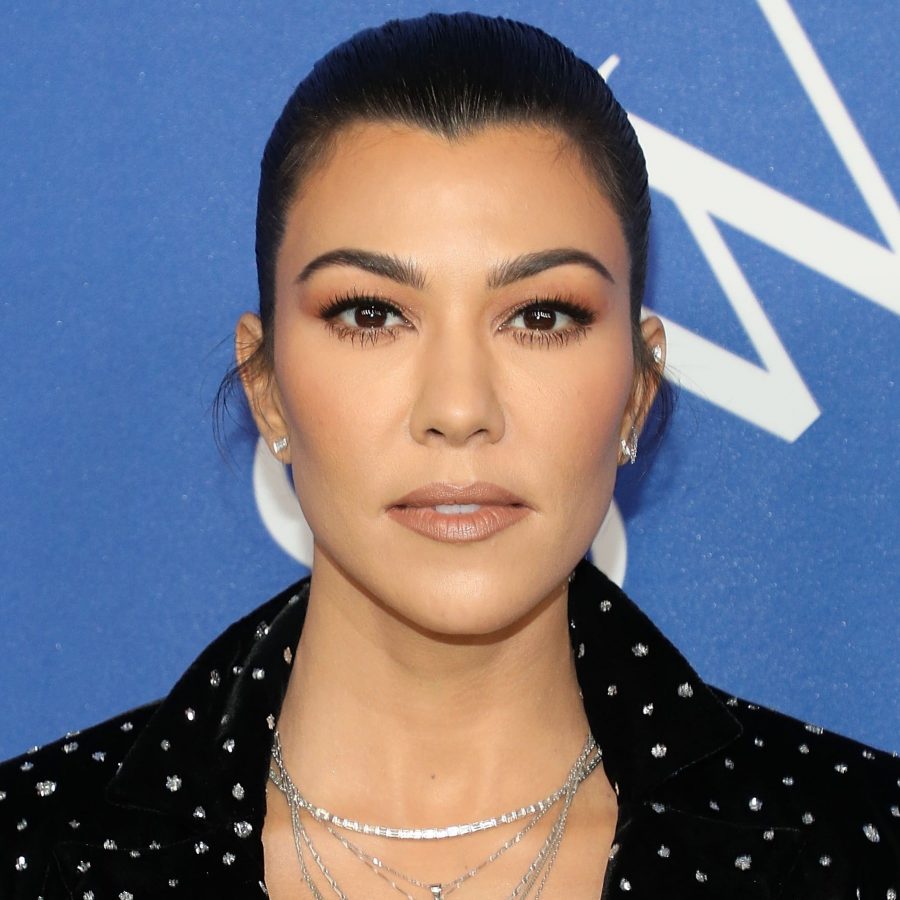 She is Roman Catholic by religion and Multiracial by ethnicity. Kourtney’s sisters are also reality television stars like her. Her nicknames are Kourt and shorty. All siblings and family members of Kardashian appear on the show keeping up with Kardashian.

Apart from this the family is also a popular business people. They are part of number of ventures in fashion and clothing industry.

What does Kourtney do for a living?

Kourtney started her career by appearing on a reality series Filthy Rich: Cattle Drive. Later on, her big break in career came when she became part of the Kardashian family reality show. She also appears in several spin-offs with her sisters.

In addition to this Kourtney was also part of various business ventures. She went into business with her mother Kris Jenner. They were founders of a children’s clothing store Smooch in New York and California. Also, she manages D-A-S-H a clothing store with her sisters.

Lastly, the final straw in her professional life is her appearance on ABC soap – One life to live. She is also a representative of a skincare brand that promotes clear skin. But her professional portfolio doesn’t stop her. Poosh a lifestyle website belongs to Kourtney.

Coming to the personal life of Kourtney it has been an interesting one. She has three beautiful children with her ex-boyfriend Scott Disick. The couple started dating each other on and off from 2006. Finally, in the year 2015, they got separated from one another.

Kourtney’s children are Mason Disick, Penelope Scotland and the youngest one is Reign Aston. As of now, Kourtney Kardashian is dating a young model. The name of the model is Younes Bendjima; he is just 24 years old.

Here is a list of lesser-known facts about Kourtney television reality star.

What is the Kourtney Kardashian Net Worth ?

The lifestyle and spending of Kardashian show that she is rich and comfortable. Her net worth estimation is 35 40 Million US dollars. Reality star makes most of her money from a television appearance, endorsements, and advertisements on social media.

She is very popular in social media apps. Kourtney has around 93.5 million followers on her Instagram account. Apart from this, she made 10 Million US dollars by appearing on a reality show on television. Kourtney is part of one of the richest entrepreneur families in the world. Most of the family members are millionaires like her. 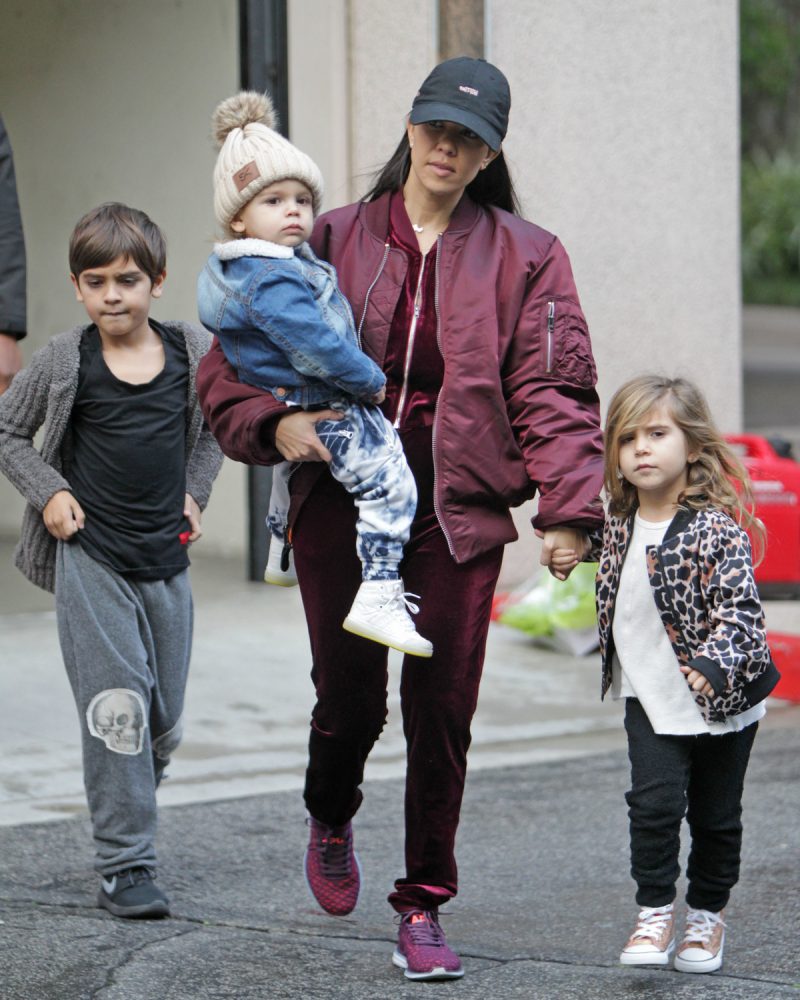 To sum it up, Kourtney is a popular television celebrity in the world. Her fame and success come from being a businesswoman and also a fashion ambassador. In addition to this, the success of the reality show has contributed to her wealth.