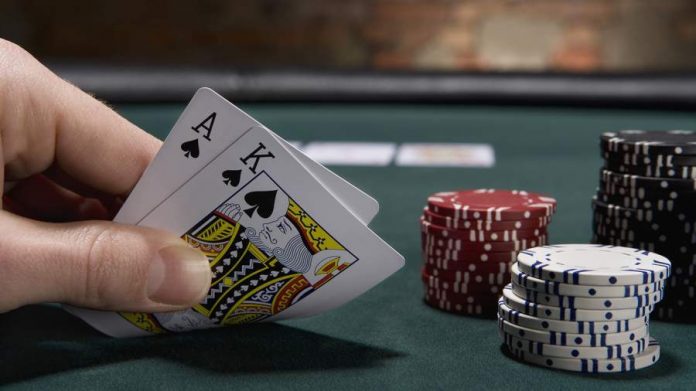 All of us have heard that old saying about casinos, “the house always wins”. While that saying has become something of an admonishment for gamblers who believe they will eventually win, it’s also a statistical reality: The house always wins eventually because the laws of probability are in its favour. That doesn’t mean an individual can’t walk away with a fortune – they can and sometimes do – but the probability works in favour of the casino over time.

Where does the house edge come from? Probably the easiest way to explain is through the roulette wheel. A typical (European) roulette wheel has 37 sections (0-36) and guessing correctly where the ball will land pays 35/1. So if you put €10 on every outcome, it would cost €370 and you would win €360. That €10, or one segment of the wheel, is the casino’s house edge – simple.

Or is it simple? Of all the casino games, the one where there is most disagreement on house edge is blackjack. Some blackjack players contend that their strategy eliminates house edge, perhaps reversing it, so the player has an edge. You’ve probably seen this in movies like Rain Man or 21. The thing is, though – nobody can really agree if this is true or not.

For such a simple game, working out the house edge in blackjack is not easy at all. With the roulette example above, basic math demonstrates where the casino will (probably) make a profit. But with blackjack, it’s not so clear. The reason there is a house edge is due to the fact the dealer does not have to play their hand when a player goes bust. And, for that reason, some studies calculate that the casino has a house edge of around 2%. So, it will make a €2 profit for every €100 spent.

But that figure of 2% is also disputed. Why? Because players have options in the game – they can double down, split, play aggressively or conservatively, count cards, take insurance, and employ numerous other strategies. The point is that the player’s actions will impact the outcome of the game, and that means there has to be some variance in the house edge. So, for example, that 2% is measured against inexperienced players. With experienced players, it can be as low as 0.5%, or, as we mentioned, some claim it is nothing at all.

What, then, happens when it comes to playing blackjack online. Typically, the developers of software-based casino games follow the real-world probabilities, and thus the margins in blackjack games are very tight. In virtual games, they use a figure called RTP (Return to Player). Instead of house edge, RTP tells you how much the game pays back over time. Some online blackjack games can have an RTP as high as 99.75% – meaning the casino theoretically makes a profit of just 25 cents for every €100 spent.

So, is it better to play online blackjack than ‘real’ blackjack? It depends on how you view the game. Online, the casino can afford to take less of a profit margin because it will have much lower overheads – no need to employ a dealer, for example.

But some players believe they can beat the odds when they use strategies like card-counting at a land-based casino. As mentioned, there isn’t much of a consensus on how much the odds are narrowed when using ‘perfect’ strategy or, indeed, if a ‘perfect’ strategy even exists. So, it’s understandable that players opt for the online version with a high RTP.

Moreover, these days, you can find live blackjack online. Everything is the same as a real casino, with the only exception being that the action is streamed from a studio to your device. Live blackjack has become hugely popular, and the games, alongside roulette, poker and baccarat, are offered by the majority of top online casinos.

So, there you have it. Blackjack house-edge – or RTP – in the digital age. And, we are probably no further in discerning about where the advantage and disadvantages lie. However, that adds to the mystique of the game – the fact that people believe they can beat the house using their wits. It’s the reason that the game remains iconic and wildly popular, regardless if you play online or in a swanky casino.

How to Increase Your Employee Retention Rate