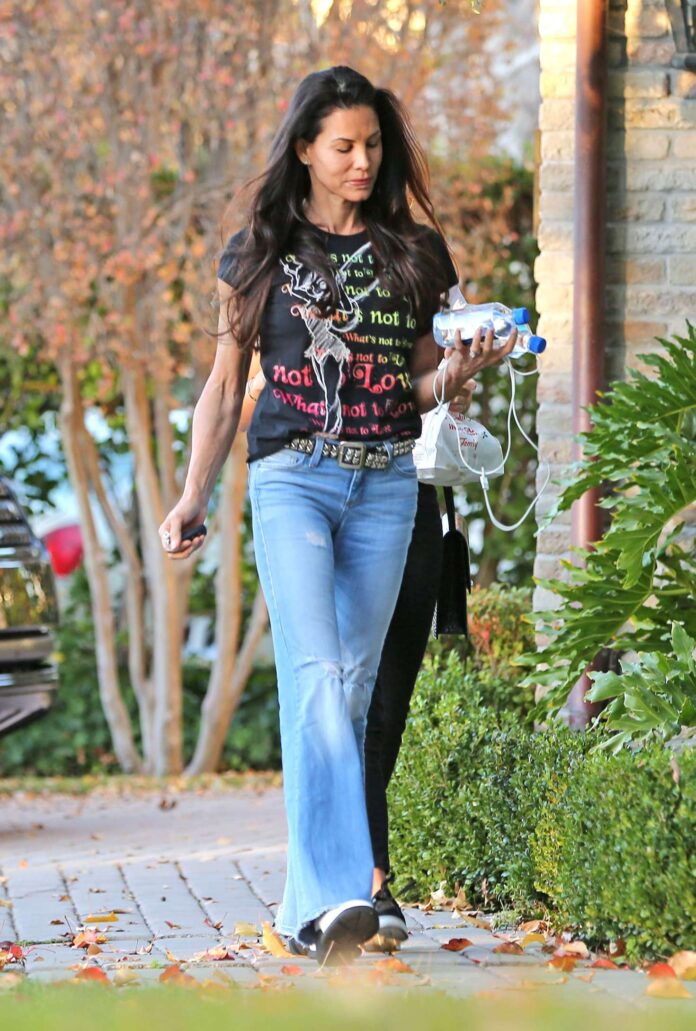 Diane Alexander was an American fashion designer and dancer. She is got more popularly known as the second ex-wife of Lionel Richie (born June 20, 1949), an American Singer, Actor, Songwriter, multi-instrumentalist, composer, and record producer. She gained huge popularity after she divorced Richie.

Diane Alexander was born on June 16, 1967, in the USA. She is now 52 years old. Her zodiac sign is Gemini. She was born to American parents. She didn’t reveal the details of her parents to the public yet. So, some mystery surrounds her family background and childhood life. Coming to her education, Diane didn’t reveal these details too. She likes to maintain her life secret, from the media and the public.

Diane Alexander met Lionel Richie in 1984 at an Olympic Games Ceremony where they shared their friendship. Their friendship quickly turned into a relationship. But the singer was already married and living with his first wife, Brenda Harvey that time. Lionel and Brenda even had a daughter Nicole, and Nicole is an adopted child.

One incident created many problems for these three people when Brenda caught Lionel in Diane’s apartment. Some cops even reported that Brenda physically attacked both of them, and she was handcuffed for her cruel activity. She was arrested, and the cops charged her for trespassing, assaulting her husband, vandalism, etc.

Lionel decided to divorce her after this incident in 1993. Lionel divorced Brenda and married Diane. The couple shared their love life and got a son named Miles Brockman in 1994. After a four years gap, the couple got a daughter named Sofia. But the couple was not successful in their relationship and decided to divorce in 2003. At that time, the couple was considered to be the expensive celebrity divorces. Diane asked for 15,000 USD for her clothing expenses and 20,000 USD for plastic surgery expenses per year. So, the singer Lionel had decided to pay her second wife, 20 million dollars.

Then Diane moved her life with a lot of secrets, as she didn’t reveal her boyfriend’s name to the media. But she used to post pictures, videos on Instagram with her new boyfriend. On Instagram, his name is Dave Kenney. This man got engaged in 2015 to Diane, and he found to be working for Ventura County Sheriff. Initially, she was sharing pictures with him, but now, she started to maintain privacy for her photos.

Diane has worked for multiple jobs. Her career involves three main things, such as dancer, fashion designer, and a waitress. According to some sources, the model was working as a fashion designer before she met her ex-husband, Lionel. She also acted in some movies when she was dating the singer, Lionel. Such movies are Lake Girls and Forget Paris. She has also done some work in Lionel’s video named Dancing on the Ceiling.

Diane was working in different jobs before she met Lionel, and she saved some millions. After her divorce, she got some huge amount from Lionel. She demanded a huge sum of $20 million for various reasons such as plastic surgery, monthly expenses, personal beauty cares, laser hair removals, clothes, jewellery, etc. She got the amount from Lionel Brockman Richie Jr., so she had enough net worth now to manage her future. The estimated net worth is not known for sure, but according to Apzo Media, the fashion designer Diane Alexander’s net worth is $500,000 .

Diane is a beautiful lady maintaining her body shape, slim and beautiful. Her height is 5 feet 9 inches, and weight is around 60 Kg. There is no information about her body measurements.

The KYC, Importance and the Process

This Waiter in China Carries Food On His Head. Never Broke a Single Dish...