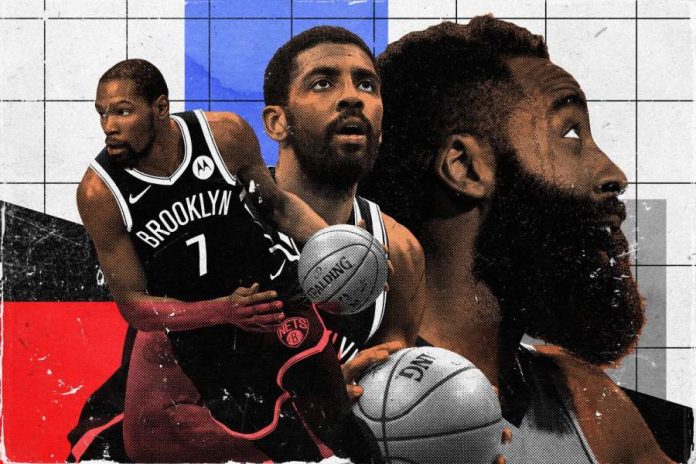 We are swiftly coming to the end of the 2020/2021 NBA season and attention is increasing turning to the Playoffs. The post-season gets underway on 22 May and it is set to be one of the most hotly contested in recent memory.

One of the favourites going into this year’s NBA finals odds are the Brooklyn Nets. Since moving from New Jersey to New York in 2012 success has been hard to come by. Despite considerable investment they have never got further than the Conference semifinals, leading to the franchise becoming the butt of many jokes.

None of their critics are laughing this season, though. This year, the Nets have been one of the NBA’s most dominant teams and they are favourites to finish top of the Eastern Conference. Can they translate this form to the Playoffs and win the franchises’ first ever NBA championship? We analysed the team to find out.

Plotting a Route to the Finals

Barring a monumental collapse, the Nets are destined to finish in the top three of the Eastern Conference. They will face stiff competition for first place with the Philadelphia 76ers and Milwaukee Bucks both looking strong.

Securing top spot will be vital as it will give the Nets the easiest possible run at the Finals. Although the Playoff picture is not set in stone, finishing first would likely result in them meeting either the Indiana Pacers, New York Knicks or Boston Celtics in the first round. The Nets have not lost to any of these teams this season and in most cases have beaten them comfortably.

After this things will naturally get bumpier but on paper this team has shown themselves capable of beating anyone in the NBA. If they manage to negotiate their way through their remaining Conference games they could meet the LA Lakers in the final.

That would be some game, with some going as far as billing it as the NBA Finals of the century.

Busy in the Trade Market

If you’ve tuned out of NBA news over the past few months, you may be wondering how the Nets have managed to mount such a serious title charge. After all, last season they were only good enough to secure a seventh placed finish in the Eastern Conference.

The secret to the Nets’ success is twofold. Firstly, having Kevin Durant fit and firing at the start of the season was a huge boost. Durant is one of most natural scorers in basketball history and he has lived up to his billing this year, averaging a stunning 28.4 points per game.

Durant’s influence was not solely confined to scoring either. The rangy forward also chipped in with a solid amount of assists and rebounds after missing the entirety of the 2019/2020 season with injury.

The return of KD is not the only reason for the Nets’ improvement, though. They have also been active in the trade market, adding several top players to their rooster. Jeff Green may not be the most flashy signing but his versatility and ability to stretch the floor since arriving from the Houston Rockets has increased the Nets’ offensive efficiency.

Seven time All Star LaMarcus Aldridge, signed after the San Antonio Spurs bought out his contract in March, is another smart addition. Despite being well into his thirties, the big man remains an efficient, dominant scorer. He adds grit at the defensive end of the floor as well.

The arrival of Blake Griffin from the LA Clippers was a more contentious signing. Injuries have prevented the six time All Star from producing regularly over the past few years but as he is only on a one-year contract, he is still a low risk addition that strengthens the Nets offensively.

Of course, the most infamous arrival was that of James Harden. The highest left-handed scorer in NBA history parted Houston on bad terms and will be desperate to win his maiden championship in New York.

Although Harden’s shooting is his most discussed attribute, he is also an underrated creator. Since joining up with the Nets in January he has led the team for assists per game. Having all of these new additions free of injury will greatly increase the Nets’ chances in the playoffs.

So, can they do it? This is a tough question to answer. The Brooklyn Nets’ hype train is building up momentum but not everyone is convinced.

On paper, few could argue that they are not the best team in the Eastern Conference on paper. However, players do not win championships, teams do. One of the most concerning things about the franchise as a collective is their shoddy defensive record.

It is nigh-on impossible to go the distance in the Playoffs without being strong defensively and the Nets have allowed their opponents to score around 114 points per game this season. This makes them one of the least effective defensive units in the NBA.

Another huge question mark hanging over Steve Nash’s team is injuries. Although the NBA season is slightly shorter than normal, their injury prone stars could still struggle to make it to the postseason fully fit. Durant, Griffin and Harden all have troubling injury records and it seems unlikely that all of them will fend off fitness problems throughout the entire postseason.

Saying that, if they do manage to tighten up defensively and keep their stars available, the Nets could absolutely end their wait for an NBA title.

Must Read : NBA the Celtics Cut Heat Lead in Half

Is it Better to Live in Canada or the US?

If you approach trading professionally, you understand that it is not just a hobby or a source of additional income but a complex multi-level...