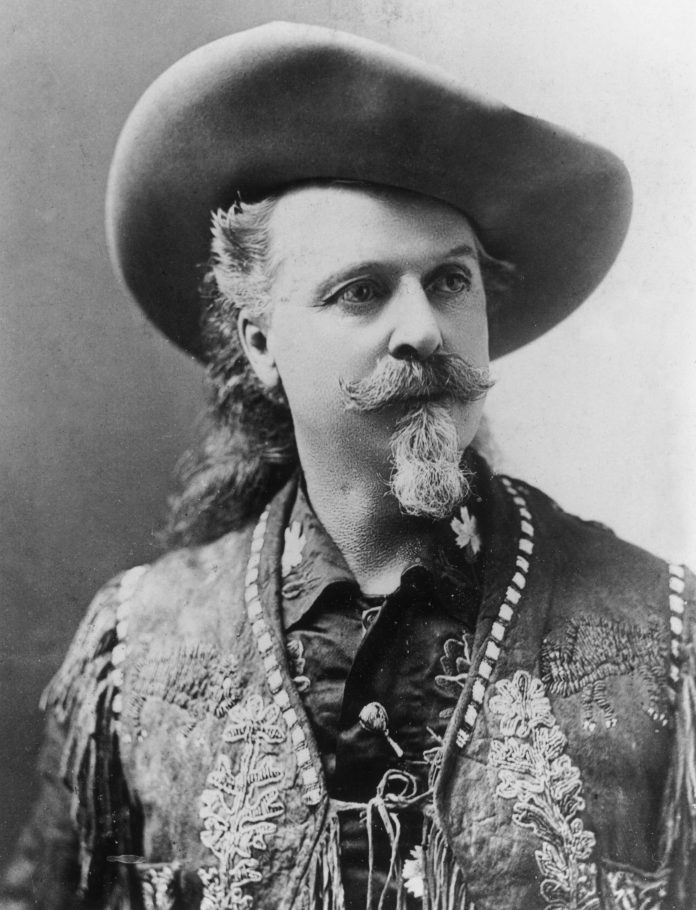 Buffalo Bill Cody was a famous buffalo hunter, actor, soldier of the U.S. Army, etc. He was well-known for hunting and killing more than 4000 buffaloes and got this nickname Buffalo Bill Cody.

Buffalo Bill Cody was born on 26th February 1846. His birthplace is Scott County, Iowa, the U.S. His born name is William Frederick Cody. His father’s name is Isaac. His father moved his family to Kansas from Iowa. He shifted to that place for his work of operating a trading post. At that time, Kansas faced a huge struggle between slavery and antislavery groups. One day, Isaac delivered a speech supporting the antislavery system. Because of his speech, he was stabbed by opposition groups. After three years, Isaac died of fighting against the wounds. Cody began to work for his family at the age of nine. He worked for the Russell, Majors, and Waddell Freight Company. In 1857, Cody was the youngest Indian fighter when he killed the American. Cody killed him when he came to know that American attacked his workplace cattle drive.

Initially, Cody worked for the Russell, Majors, and Waddell Freight Company. He was appointed as a messenger and wrangler. After that, he tried his luck in the Pikes Peak Gold rush for the prospector designation in 1859. After some time, he joined the Pony Express. When he was 14 years old, he started to work for the Pony Express as a rider. He joined here on seeing the advertisement notice: “skinny, expert riders willing to risk death daily”. But, if you search in the official records of Pony Express, you will not get Cody’s name. His first task was to cover the short 45-mile run. There are some other tasks of Cody which are just created for the publicity of the company. But still, Cody was well-known for his dedication and courage towards his work.

His best job in Pony Express was the round-trip ride of covering 300 miles. He covered the places in between Red Butte Station and Pacific Springs Station in Wyoming. He completed this ride on his leg. To complete this task of riding, he did not sleep for continuous 22 hours.

Cody’s one more legendary ride is to cover the ride from Sioux warriors to Three Crossings Station in Wyoming. This ride helped to find out the stolen horses and the death of the station keeper. He arrived at this station soon and gathered the group of men to take back their stolen horses.

Cody, after serving in Pony Express entered the American Civil War. In 1867, he started to hunt buffaloes because of which he got this nickname Buffalo Bill Cody. With his interest in hunting, he killed around 4280 buffaloes within one and a half years. In 1868, Cody continued to work for his army as a chief scout. His interest and hard work of working in an army gathered him a Congressional Medal of Honor in 1872. Later on, Cody reached Chicago for one of Ned Buntline’s original Wild West Shows, where he made the debut in The Scouts of the Prairie. Soon after the next year, Wild Bill Hickok joined Cody for the show. This group continued to roam for ten years around the country for conducting the show.

Before the invention of entertainment mediums like TV, Cody was well-known as the original reality T.V. star. Bill Cody married Louisa Frederici in the year 1866. He didn’t spend a good time with his wife. He and his four children parted from his wife and Cody legally claimed for divorce from Louisa. This is due to her attempt to poison him that turned into a big problem in most newspapers. According to some rumours, divorce was due to Cody’s earlier affairs and his habit of heavy drinking. So, the judge dismissed the case of poisoning him by her wife, as there was no proper evidence. So the couple stayed together till Cody’s death in 1917.

Cody produced his show in 1883 named Buffalo Bill’s Wild West. This group of people toured around the U.S. for three decades for their circus-like show. The show featured horse races, daring skills, and a lot more attractions. The show included other important personalities such as Annie Oakley, Sioux chief Sitting Bull, and Calamity Jane.

Later on, they entered Europe for conducting the show, where Buffalo Bill performed several characters such as King Edward VII of England, Kaiser Wilhelm II, Queen Victoria, etc. This show ended in 1906, and at that time, Cody became a big star and celebrity in America.

He was one of the great personalities who struggled for women’s rights and suffrage. He always gave a speech supporting women’s rights and suffrage. Cody said in one of his interviews, “If a woman can do the same work as the man does, she should have an equal right in society”. Cody wanted women to have equal liberties and privileges like men. This is another reason for his popularity among people. He got support from many women with such an act. He was also well-known for involvement in the first federal water development project.

Buffalo Bill Cody, a great fighter died on 10th January 1917. According to some sources, the man had kidney failure, which was the reason for his death. His body is buried in Golden Colorado. In Golden Colorado, there was a place called Lookout Mountain, and at the top of this mountain, his body was buried by people. At his last stages of life, he struggled so much for women’s rights and suffrages for the Native American Women. Almost, he succeeded in his fight and gained good popularity among women. With his hard work, dedication, passion, etc. he became one of the famous men in the American country.