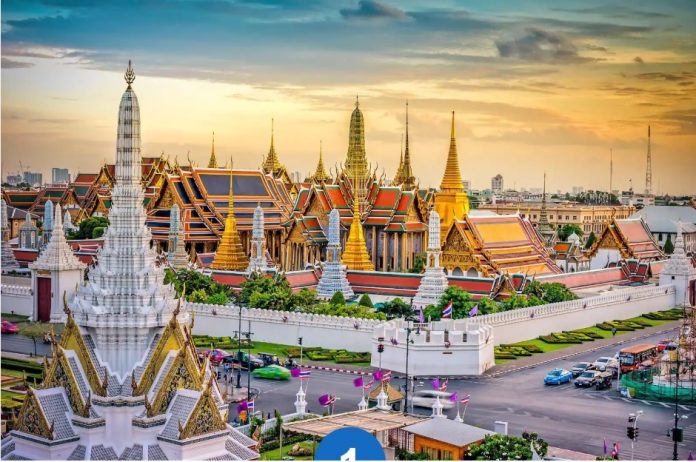 There are many reasons to visit Bangkok, whether you live elsewhere in Thailand, in the United States, or anywhere across the world. This is a city that attracts people from across the globe, and once experienced, it lingers in the memory. One reason for Bangkok’s enduring popularity is that it’s a treat for all the senses. 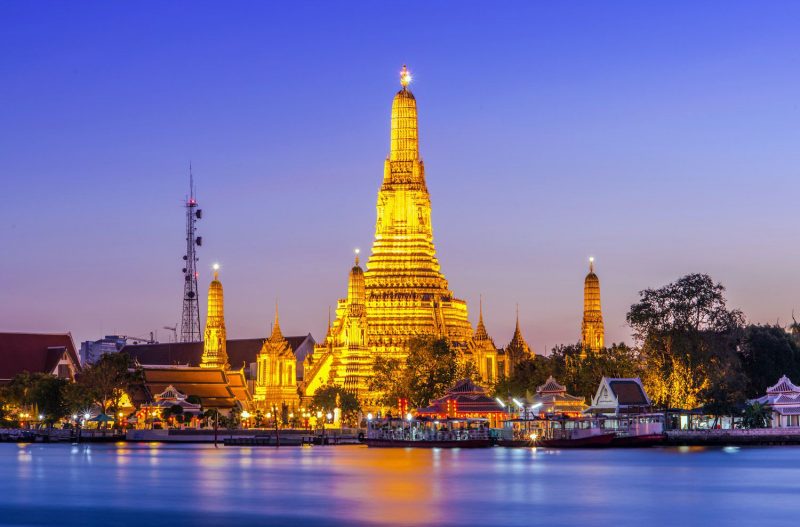 Bangkok has some of the most spectacular sights in Asia, and the world beyond it. One reason that makes it so dazzling is that it combines the ancient and the modern like few other cities, and that’s a heady mix. Perhaps the crowning glory of its breath-taking skyscrapers is the 78 floor King Power MahaNakhon tower, which is as beautiful as it is tall. It’s a city of commerce, but a spiritual city too, as shown by its many glorious wats (temples), including Wat Traimit with its vast Golden Buddha that weighs five and a half tonnes.

Bangkok has many sounds typical of it, from the roar of traffic during rush hour, to the charming chatter that floats around the city’s famous night markets. If you get the chance, however, you should take in a traditional Thai folk music culture. Music has always been important to the people of Thailand, and over the centuries, they’ve created more than 50 musical instruments that originate here. The result is a style of music which is unique and mesmerizing, and which is unlike anything you’ll have heard before.

Thai food is famed for its clever blend of spices, so that whilst it’s hot it’s also pleasant to eat, and for its beautiful aromas, and thanks to the street food vendors throughout Bangkok, you’ll be able to take in these delicious smells wherever you go. The night market at Chiang Mai serves all varieties of traditional Thai cuisine, and so a walk around it is a treat for the olfactory sense like none other you’ll have experienced before.

With all those incredible smells around you, you’re certain to build up an appetite as you travel around Bangkok. Whilst the street food is divine, food that’s even more heavenly can be found at R-Haan, the celebrated Michelin star restaurant in Bangkok. This is world class food of the highest order, and it combines the very best of Traditional Thai cuisine with western influences and wider Asian touches. It’s a Royal Thai Dining experience that everyone should experience at least once in their lifetime.

Touching the hide of an elephant is a magical experience, connecting humans to nature, and a short excursion from Bangkok allows you to do just that. Thai elephant sanctuaries place a great emphasis on elephant conservation and protection, meaning that you can see them in their natural habitat, and even reach out and touch these majestic creatures.

A visit to Bangkok provides sights, sounds, smells, tastes and touches that leave a lasting impression. From the world-class dining experience of R-Haan to the awe-inspiring sight of the Golden Buddha, these are incredible sensory moments that can’t be experienced anywhere else in the world.

Applying for Permanent Residence and Green Cards – Are More People Moving to The US for Work?

10 Kitchen Tools that You Must Have

How to Sell My House Fast in 5 Easy Steps

How The Central Know Your Customer Becomes The Most Wanted One?

If you're like many Americans, you may have taken the last year to put some work into home improvement. Maintaining your home is important...

The CompTIA 220-1002 exam covers a wide range of technical skills and knowledge areas. The candidates will be required to demonstrate competence in installing...

Belts are an excellent addition to every man’s wardrobe without which the look cannot be completed and hence you need to look...

To begin with, little girls love to get their hair styled in different ways. Even more, girls look adorable in cute hairstyles. However, mothers...