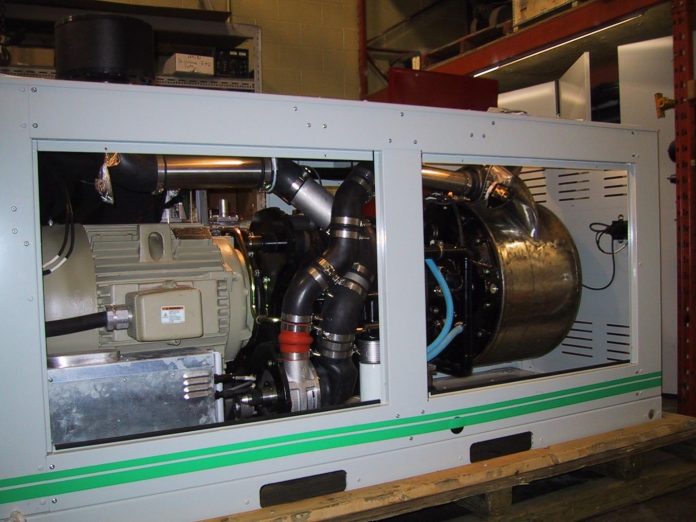 Air cooled standby generators are a practical piece of machinery in a variety of circumstances. For people that live far away from the city where grid power is not available or for those working at a job site that is off the grid, these generators offer a continuous source of reliable power. The diesel generators that are air cooled serve as a backup source of power in the event of a power cut. There are many types of air-cooled standby generators and now let’s take a look at the popular ones:

For use at home, manufacturers design the air-cooled generators to be much smaller as compared to the commercial ones.  These models cover the gap between power outages and in some cases are used for medical patients who need a constant supply of electricity. The electric power produced by the stand by generator keeps the medical equipment running during storms and hurricanes. For small homes, a unit that produces 3,000 to 6,500 watts is quite enough as it can power up all essential appliances and lights during a power outage. For residential use, homeowners like to buy a unit that is the least noisy. The residential air-cooled generators made by Kohler, Briggs & Stratton, Champion and Generac have very low sound levels. Some work very quietly at 60 to 70 dB.

The use of generators in the commercial environment is very common. Some businesses use a backup supply of power to cut electricity bills while others use it when there is a power cut. These models are designed to generate crisp and clean electricity for long durations of time. You can find all sorts of air-cooled models online and the output of each can vary significantly.  Each model has its own power rating based on the number of watts it produces. The air-cooled generator that is designed for use at a hospital has a very high output such as 200,000 watts while one meant for the bars or restaurants or discos has a lower output. These establishments can do well with a unit that produces 30,000 watts of electrical energy. Comparatively, if you intend to use a few power tools on a job site then a model with a rating of 3,000 watts will be enough.

All engines heat up when they work and to keep the generators running smoothly a cooling system is used. Without the use of a cooling system, the generator can overheat and stop. Most diesel generators are either water-cooled or air cooled. In the water-cooled model, there is a radiator and tubes. The tubes allow water to flow around the engine to cool it down while it works.  From the engine block, the heat is transferred to the coolant and when it reaches the radiator the air cools it down. With such a unit user have to check water or coolant levels often to ensure there is ample water in the unit for cooling. This type of generator requires a lot of maintenance as compared to the air-cooled ones.

In an air-cooled system, the generator relies on just air to cool the engine.  Such generators have a system that pulls in more air for the purpose of engine cooling.  Air-cooled systems are often used in portable generators with a power rating of up to 22 kW. Air circulation is used to bring the temperature of the engine down. Air that is taken from the atmosphere is blown internally to keep cool the various generator parts. This prevents overheating and allows the unit to give a continuously good performance.  Comparatively, in a liquid-cooled system coolant or oil is used to prevent the engine from heating up. Liquid cooling systems are used in generators with a power rating of more than 22kW.

When you think of the price, the air-cooled models are more affordable. It is better to get an air-cooled diesel generator for the house or the shop if you live on a limited budget. Some families just want to power up the essentials during an outage. For them, the Generac 70301 Guardian Series 9kW w/ Mobile Link Generator is a good choice. This home standby generator has an aluminium enclosure and will power 8-circuits of the house. It comes with a NEMA 1 rated transfer switch and makes life easier during a power outage.

On the higher side Generac Guardian 22kW 7043 Wi-Fi Home Standby Generator will power up to two air conditioners and all other home appliances. This generator set comes with a 200SE NEMA 3 rated transfer switch. Today, more homeowners care for convenience rather than price as you can make purchases using credit. Whatever you get for the house needs to be durable and a good fit for the wattage usage.  If you are confused about which make or model to buy, it is a good idea to get some professional advice online. Use handsome rebates and discounts to add to your savings.

Everything You Need in a Factory Maintenance Checklist

Corporate Social Responsibility: What a Lay Man Should Know?

4 Common Problems about Automatic Gates and How to Fix them...