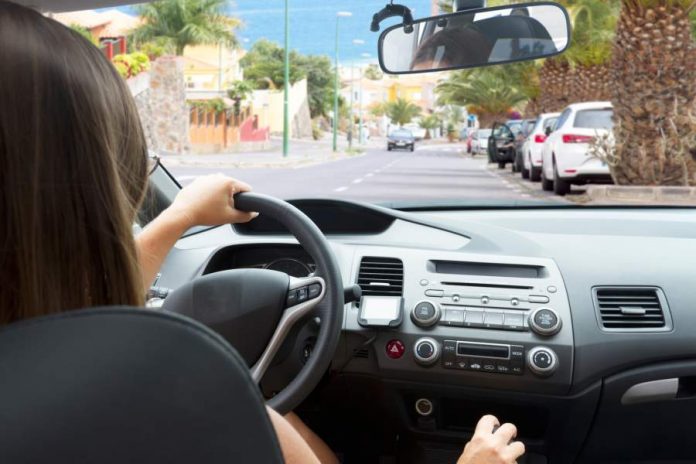 In California, most traffic fatalities are the result of all sorts of bad driving habits.

If you’re a California driver and want to avoid life-threatening accidents and costly tickets, here are 12 bad driving habits that you should work hard to eliminate.

Whether you’re simply trying to keep up with the flow of traffic or experiencing road rage, replace those aggressive driving habits with defensive driving.

2. Taking your eyes off the road

There are all sorts of distractions that present themselves while driving. It might be a particular building, a skyline, or even an accident.

Unfortunately, a short lapse of concentration can make you more susceptible to getting into an accident. Although it may seem mundane, it’s important that you keep your eyes fixed on the road at all times.

Traveling over the speed limit is one of the leading causes of motor vehicle accidents, universally. It’s also the most common reason for getting pulled over and receiving a ticket.

Of course, speeding reduces the amount of time you have to make decisions and anticipate other driver behavior, increasing your chances of an accident as a result. What’s more, collisions tend to be more severe when vehicles are traveling at high velocities.

Whether it’s making a call, sending a text message, checking your email, or even adjusting your GPS, using a cell phone while driving puts both yourself and other drivers in danger.

The National Safety Council estimates that cell phone usage is the cause of at least 28% of crashes each year.

Although making an improper turn is a seemingly minor oversight, it can have severe consequences.

Keep an eye out for signs indicating “no turn on red”, or “yield.” Ignoring these types of warnings can easily put your car in the path of another vehicle.

6. Not slowing down during turns

Many drivers maintain or even increase their speed as they navigate turns, but failing to slow down during a turn or curve can cause you to lose control of your vehicle.

Especially when roads are slick, reducing your speed while making a turn is a potentially lifesaving habit.

7. Driving under the influence

It should go without saying that driving under the influence, whether it’s of alcohol or drugs, is never acceptable.

In 2018, the state of California recorded 1,069 drunk driving related fatalities alone—the second highest of any state. Put systems in place that prevent you from risking the lives of others, whether it’s always bringing a designated driver or avoiding alcohol when you’re out alone.

When you make contact with a vehicle in front of you, you are almost always going to be the one at fault.

Make sure you’re keeping ample distance between cars. A good rule of thumb is to allow for at least three seconds of reaction time.

Similarly, waiting until the last moment to engage your brakes reduces the amount of time you have to reach a complete stop.

Not to mention, braking late tends to put more wear and tear on your brake pads. Avoid both accidents and premature car repairs by easing into your stops!

10. Not wearing a seatbelt

Buckling up is the best decision you can make when stepping into your car, as it can be a matter of life and death. 47% of drivers killed in 2019 were not wearing seatbelts.

It takes all of five seconds to strap yourself in; be sure to do so before leaving your driveway.

Although you may know exactly where you’re headed, other drivers do not. This means that turn signals should be used whenever you change directions.

Whether you’re making a turn, merging into a lane, or switching lanes to overtake another vehicle, make a healthy habit out of engaging your turn signals.

If you live in an area where traffic lights abound, it can be tempting to speed up when a light turns yellow—particularly when you’re running late or if you’ve already run into a handful of red lights during your trip.

However, this is a dangerous habit. If you’re in a rush, be intentional about leaving a few minutes earlier. Putting other lives at risk isn’t the answer.

5 Ways to Detect a Braking Problem in your Vehicle

Top 10 Most Expensive Clothing Brands In The World 2019