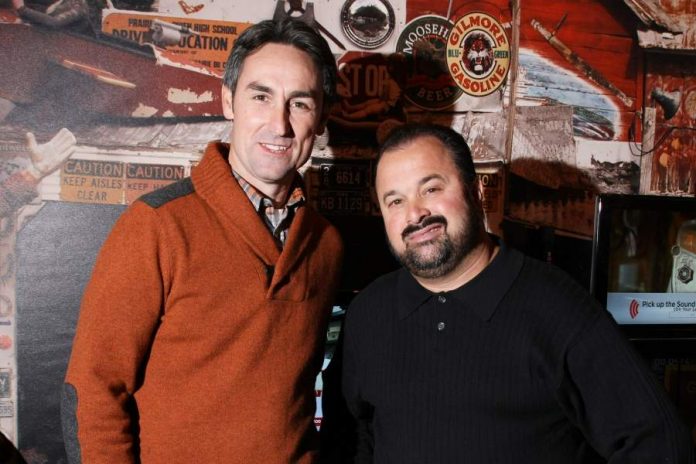 Are you wondering about what happened to Frank on American Pickers 2021 show? Well, American Pickers is one of the best reality shows that centers around Mike Wolfe and Frank Fritz. They travel in order to collect antique items and then buy them, for resale, for personal collections, or for the clients. Therefore, Frank Fritz is pretty much popular, to say the least. However, the fans are wondering about his absence.

Well, there are certain details that we have come across regarding this absence, and it’s not pleasant at all. So, if you want to find out more about Frank Fritz, and whether he is going to make a comeback or not, give this article a read.

Brief About what happened to Frank on American Pickers

The fans of Fritz know him mainly as the host of the famous Tv reality show, ‘American Pickers’. So, it’s natural that he is quite famous because he is a fun-loving person whose jokes and personality attract the viewers. Therefore, his absence is seriously hurting his fans.

The 57-year-old Frank is an American citizen. So, he was born in the year 1963, on 11th October in Davenport, Iowa, USA. As for his sun sign, it’s libra. Moreover, as we know, he is part of the show, American Pickers for about 10 years now.

Apart from being a TV show host, he is also a businessman, author, and a lover of antiques. Maybe that’s why he took up the job as the host of the reality show, that he conducts alongside his friend and business partner Mike Wolfe on ‘History channel.’

What Happened To The Famous TV Show Host?

So, the people had one question in their mind, ‘what happened to Frank on American pickers?’ Well, it’s a sad reality, but the American Picker’s host, Frank Fritz is no longer active on the history channel show with his former friend and co-host Mike Wolfe. In fact, in a recent interview, he told his viewers about his feud with the co-star and even mentioned his arrogance. Moreover, he also added that they haven’t spoken for almost two years.

In this year, 2021’s July, Mike Wolfe confirmed that his former friend and co-star Fritz won’t continue with the show. It’s also worth mentioning that Frank disappeared mysteriously in 2020, March, after an episode, and hasn’t appeared ever since.

The Official Reason Of His Disappearance Back In 2020

So, after he had disappeared in 2020, there was some curiosity regarding his absence. Well, Frank said that he was recovering from back surgery. In fact, he said that he had to deal with the complications from his Crohn’s disease. In addition, he also had to enter an alcohol rehab center to become sober.

He said, “ I finished shooting and then I had a little back surgery and the pandemic came.”

The Bitter Moments With His Co-Star

Despite his surgery, he was prepared to make a comeback. In fact, he also told the viewers that he wanted to return to the show. Since he has been part of the show for like 11 years, he wanted to be back more than anyone else. Moreover, he also added that he recovered completely from the surgery and was ready to roll and go back to the show.

However, he also said about the issues with co-star Wolfe, with whom he hasn’t had a good relation for like two years. He said, “the show is titled towards him 1,000 percent. I can’t even bend that far down to show you how much”.

It’s true that he is dejected, but he has certainly accepted that. Yes, it’s not a great feeling to become the ‘second’, but that’s how life goes. Moreover, Frank also said, that the showrunners of the show too didn’t contact him since 2020, Oct.

Reaction Of The Fans

A lot of fans took it to social media, asking, ‘what happened to Frank on American pickers?’. So, fans of frank did express their sadness over the host’s departure. It’s really sad that you won’t be seeing your favorite host on the History channel anymore.

In the end, it’s worth adding that “what happened to frank fritz on american pickers 2021” has appeared in more than 300 episodes for the show that began in 2010, alongside Mike Wolfe and Danielle Colby. However, his departure from the show had to see some controversy. As for his future, he has no plans.

Read Also : Which Dinosaur Had 500 Teeth

The 10 Best Sugar Alternatives to Add to Your Diet