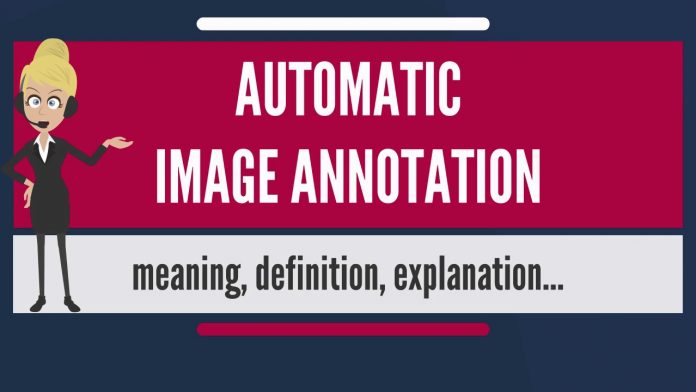 Image annotation is the one of the best tools for computer vision allows such devices to recognize the various types of objects visible in different dimensions. It is a basically a process of marking or labeling an image using a tool like making a sketch or boxes to highlight the content or object in the box.

A computer or similar machine recognizes the object with the help of boxes outlined there. Usually such annotated images are used in machine learning process to train the computers learn to recognize different types or patterns or objects without human intervention.

It is one of the most common and important method of image annotation techniques mainly used to outline the object in the image. The object is sketched as per the customize requirements of the data scientists or end-users. This technique is basically used in sports analytics or tagging the damaged motor vehicles parts or various other objects need to be recognized or classified by computers.

This is basically a 3D cuboid high-quality labeling or marking technique to high lights the objects in the third-dimension sketching formats. Actually, it is used to calculate the depth or distance of various objects like gadgets, building, vehicles and also on humans to distinguishing the volume and space of the object.

However, it is generally used in the field of construction and building structure to get the more accurate dimension of objects. While in the medical fields manual segmentation with3D volumes are also used for medical image annotation for radiology imaging to distinct various structures in the images and allow processing tissue of the structures separately.

Under the Line annotation or Lane annotation a line is drawn on street or roads to make it recognizable for training the vehicle perception computer models to detect the lane. It is far different from bounding boxes as it avoids all the extra while space and additional noises. Line annotations are basically used image annotation types, and they are ideal for things like drawing attention to important areas like road or streets, decoration or diagramming the process flow.

This is also known as Dot annotation that is mainly used to detect shapes dissimilarities and count the miniature objects. Small dots are used to mark an object captured from distant location like satellite cameras.

It is used to detect and count minute objects like trees, house or cars standing in parking lots. However, this image annotation outsourcing service is also used to detect the poses of athletes or sports players analytics to recognize their faces and their facial features and it is also used for prediction of pedestrians motion for computer vision in autonomous vehicles developments.

Polygonal segmentation is one of the fastest, smartest and collaborative ways to annotate the objects for machine learning. In this process the boundaries of an object in a frame with optimum precision that helps get a well-defined idea about the shape and size of the object.

It is basically used to accurately estimate the shape of objects captured from cameras placed at distant locations. It is also used to detect logos, street sign boards and facial features in sports analytics to get more precise recognition.

List of 5 Most Visited Tourist Places Nearby In Ahmedabad

Ways to Help Your Children Communicate Their Feelings