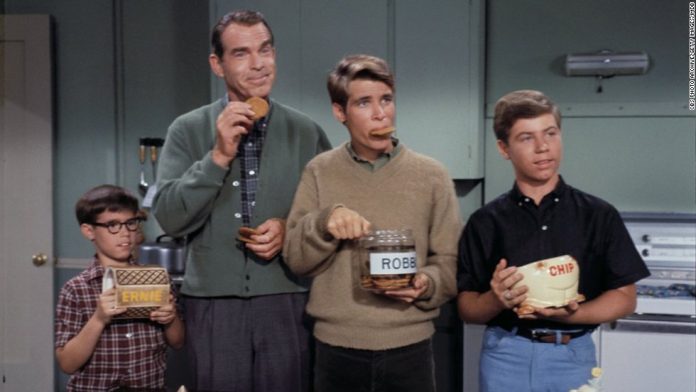 Have you ever noticed that the world of entertainment (Television) seems intent on emasculating men — and especially fathers? Alright, too many modern fathers on TV are considered “dump dads.” We cannot ignore the fact, the Modern TV dad’s constant negative bombardment on our families and us, culture as well as on our children.

Just go back to the early period of TV, when the dad character is a source of wisdom, of stability, of strength when the father was honored. For instance, Leave It to Beaver, Ozzie, and Harriet, My Three Sons or Father Knows Best.

While watching TV you always the portrayal of the modern-day husband and father as lazy, stupid, incompetent, and silly. These characteristics are surely brought you to sitcom, which personifies this type of man. Throughout the history of TV, fathers started with the arrival of humanity, the duties of fathers. It might be distinguished as the ideals of fatherhood, are culturally specific and in constant evolution.

We have a great way to be understood the television dads among numbers of broadcasts and cable channels; check out which of Modern TV dads are watched most by viewers. Maybe, it shows like Simpson Syndrome; the endless casual contempt demonstrates to fathers depicted on television programs as well as in advertising, especially in the messages and entertainment point at children. His (Daddy pig) daughter called him fat. And he can’t read anything without his specs at all. Idiot! When he goes on a trip to the supermarket, he defies health-conscious Mummy Pig to sneak a chocolate cake into the trolley. Funny enough!

The value of a young TV father is nothing more than a dumb person who behaves more childish than children. No doubt, the shows are present only as fun, the scriptwriters providing out every last laugh from a juicy comic stereotype, but billions of children watch, learn, and absorb, calamity dad-escapades without having the sophistication or the ability to contextualize these imaginary adventures. Probably, not all people and families can see the joke actually.

Television continues to show silly and foolish dads instead of entertainment, but they protective again family and supportive in every turn. Being funny is not bad, but sometimes these modern TV families can affect our fatherhood. Instead of watching those stupid Modern TV dads, you can switch to effeminate-sounding males with string bean arms.

How To Market My Printer Business In 2020?

How API is Turning The Table of Travel Sector

The Latest Science Behind Solar Power

Pros and Cons of a Backup Camera for Your RV or...