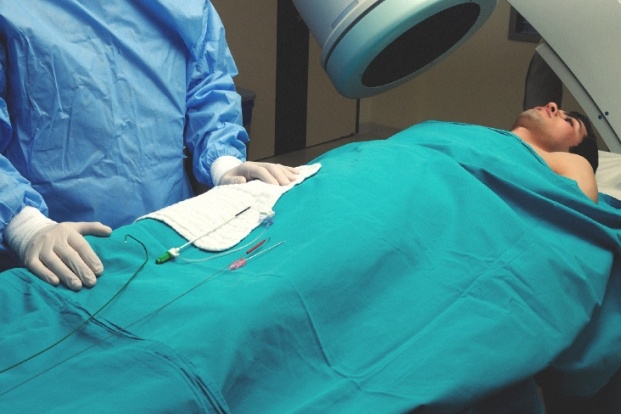 One of the main causes of internal bleeding is trauma or internal injury usually, bleeding results due to injuries that require immediate medical attention. Internal bleeding may also occur after a less severe impact.

Causes of internal bleeding due to trauma

Internal bleeding may also occur due to the significant physical impact or injury. There are two main types of trauma, which may cause internal bleeding.

This is a type of trauma; this usually happens when a body part collides with something hard, generally at high speed. Blood vessels inside the body are crushed or torn either by brutal impact or shear forces.

This trauma happens when a foreign object penetrates the body, y tearing the tissues and blood vessels. Some examples are gunshot, stabbing and wound.

Internal bleeding symptoms due to trauma

In the majority of the cases, the internal bleeding caused by trauma or external impact is serious and severe. Sometimes, internal bleeding can also occur even due to the less severe impact. As the bleeding continues, the symptoms appear and get worse over time. Symptoms also depend on the type of trauma and the body part involved in the injury.

•          Abdominal Pain and swelling can be caused by internal bleeding from a wound in the liver or spleen. Symptoms get worse as bleeding continuous.

•          Light-headedness, fainting, dizziness can result from any source of internal bleeding

Treatment for internal bleeding due to trauma

Internal bleeding damages the body in many ways. The patient suffers from loss of blood and from the pressure the misplaced blood puts on other organs and tissues.

Imaging tests like ultrasounds, CT scans can identify whether internal bleeding present or not.  The doctor usually considers the amount of bleeding with the injured person’s blood pressure and severity of damage of the organ. This helps them to choose the best treatment.

In some cases, internal bleeding stops its own. Ongoing or severe bleeding due to trauma requires immediate surgery.

The types of surgery used will depend on the location of the injury and bleeding:

•          Exploratory laparotomy – In this surgeon make a large incision in the skin of the abdomen. They will seal the leaking vessels with suture material or heat probe

•          Thoracotomy – If internal bleeding is around the heart or lungs, the surgeon makes an incision around the breast bone or rib cage. By doing this, they can identify and stop the bleeding

•          Craniotomy – In sometic brain injuries, the surgeon may create a hole in the skull. This relieves the pressure into the brain and reduces further damage to the brain

•          Fasciotomy – Internal bleeding into the thigh creates high pressure in the leg that reduces the blood flow to the rest of the leg. A surgeon can cut the thigh deeply to eliminate the extra pressure in the thigh

After the surgery or cease the bleeding you can use prescribed medication to reduce the feeling of pain. You can use pain relievers to overcome the effects of burning and pinching sensation. You may also buy codeine online. This is an Opioid medicine, produce the calming effects in the body, and as a result, you feel relaxed.

7 Top-Notch Advantages by Clinica Excelan, A Private Clinic in Marbella

Improve the Quality of Your Sleep with These Brands

Can You Sign Away Your Right To Pursue Medical Negligence?

How to Determine the Current Trends in Silver Bullion Prices

What Vidmate Apk has to offer?

Is Michael Oher Married? Here’s What You Should Know About His...

Why do you need an automotive quality management system for your...