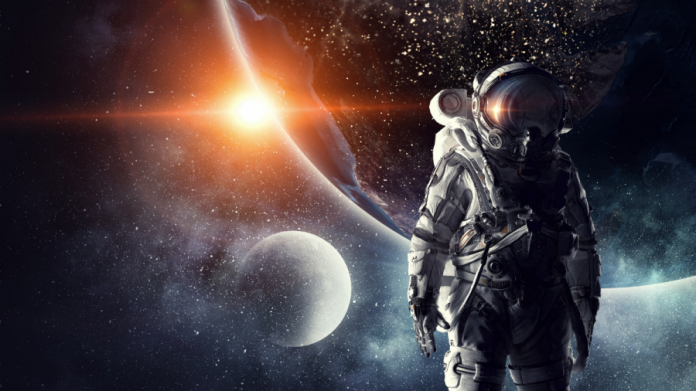 We come across various new trends and news on our social media platforms which makes us question why it started in the first place. One of such latest trends that have caught our attention is “Do not google space movie 1992“.

Nowadays, in this modernized world, the internet has made our lives easier to a great extent. As you know, Google is, in fact, one of the most commonly used search engines. Therefore, we use it to search for any little thing that we want to know about. So it is pretty obvious that when certain people began this trend, we will be even more curious about googling this movie.

In addition, this appalling trend began on the discussion platform Reddit before spreading to Facebook, Twitter, and other social media platforms. Now it has become one of the most popular autofill suggestions of Google.

So are you curious to know more about this hype or not to google this particular movie? What is the reason behind such an appalling attempt? Let us discuss everything concerning this movie as well as some interesting aspects that you didn’t know before.

What Is the Trend All About?

If you are a regular visitor of the Reddit discussion platform, you have surely come across this sick joke. Some sick Redditors, in fact, started this to trick the public into a racist joke. The title of the sci-fi short film “Gayniggers from Outer Space” made the Redditors create such a sick racist joke.

Some actually many people got deceived by the terrible trick and started looking frantically to find some hot and happening news on space movie 1992. It is because of these tricksters this joke is now spreading like fire all across social media. This was started back in 2016, but it was from last year that it began regaining its popularity.

This racist remark is nothing but a dig at the “Blacks” and an attempt to humiliate them publicly. Furthermore, many Redditors posted on this platform mockingly that “I was told to google space movie 1992 and was not disappointed”. In response to this remark, many users flooded the comments, mostly using the opportunity to post vile abuse about the film.

What Are the Comments Of the Celebrities?

Well, in this entertainment-related news and trends, we mostly wait for the comments and reactions from our favorite celebrities and popular public faces. But, in fact, their remarks on social media platforms help us get an insight into the matter even more closely. In every major trend, we find them commenting and expressing their views. So naturally, this matter was no exception.

So are you curious to know who the ones who expressed their views on this matter are? Let us take a look! You must have surely heard about the producer and co-host of “The Joe Rogan Experience”, Brian Redban. Yes, he tweeted saying, “Do not Google space movie 1992”. So what is he implying? Is he supporting the remark, or is he mockingly saying it? Well, there are no clear answers to this.

If you go through the social media platforms, you will come across various such comments and reactions from different celebrities. So you can well understand the level of popularity this racist remark has made!

Some Cool Aspects About the Space Movie 1992

Since many of you have not watched the movie or are not aware of its content, you must be wondering what is there in this movie that is causing such hype among the public? Let us share those details with you now.

The movie “Gayniggers From Outer Space” is a sci-fi comedy flick. It is about a group of intergalactic homosexual black men who have come from planet Anus. Their objective of visiting planet Earth is to wipe out the entire female population and create an all-male gay society.

Do you know where the film gets its title? Well, the filmmakers took the title from “Grave Robbers from Outer Space”. This is the original title of the horror movie “Plan 9 from Outer Space” in 1959. If you watch the film or heard about it from the latest hype, you must know that there are some disputes regarding the intentions of this 1992 movie. But what is the dispute all about? Well, we will discuss it as well in this article.

Another interesting aspect about the film is that even though it begins in black and white later on, it turns to color. Well, it must remind you of the famous movie The Wizard of Oz, isn’t it? So, yes, it is similar to it in this regard. But, according to the director, they did it intentionally to include a “dramatic special effect” to illustrate the theme of the world attaining freedom from vicious women.

As we were discussing above, this sci-fi comedy flick has been subjected to disputes and made headlines previously as well. But do you know why and what it was all about? Let us share those details with you right here.

Well, when this film made the screens, viewers raised questions regarding the intentions of the movie. Whether it is a racist and homophobic one or just a harmless spoof? As you can well understand, since the subject matter with which the film deals is very sensitive, these questions will naturally crop up in the minds of the viewers.

Even though the movie is quite a short one of just 26 minutes, it is still in the news for several years now. Many viewers frequently question its comedic value over the racial and homosexual jokes. Furthermore, the sick joke regarding not to google about this film has begun circulating on the social media platforms again from last year. It was initially started in the year 2016 by some Redditors.

Moreover, this 26 min long short film also made the headlines since the 2006 Stockholm Queer Film Festival featured it there as well. In fact, viewers often describe it as a “comedic cult favorite” on IMDB.

Well, this Reddit-roll out of the joke is not the first time for this film. Several other out-of-the-box films faced such racist remarks from the users. For instance, “Don’t Google which dinosaur had 500 teeth” also went viral on this platform recently.

What About the Star Cast of the Movie & Plot?

Since many of our readers are eager to know who are the ones who starred in the movie, along with some other details about it, we will discuss it right here. The director of the short film was the Danish performance artist Morten Lindberg. As you know, the film parodies the science fiction genre.

The plot of the movie is about a group of intergalactic homosexual Black men from the planet Anus. After this group comes to Earth, they discover the presence of female creatures there. So this group uses rayguns to proceed in their mission of eliminating females from the Earth.

In order to know whether they were successful in it or not, you need to watch the movie. It is a short film so you can give it a watch in your free time. Just before these misogynists, Black men depart from the Earth; they leave behind a Gay Ambassador who will educate the people of the Earth about the new ways of their life.

In addition to the unique plotline, the cast list too has several new names. The film stars Coco P. Dalbert in the lead role as ArmInAss. In addition, we find Sammy Saloman in the role of Capt. B, Dick, and a few others like Gerald F. Hail, Johnny Conny, etc.

How was the Reception Of the Film Among the Public?

As you know, this sci-fi comedy flick belongs to the category of queer films. In fact, fans describe it as the “queer-interest Dutch B movie in the hyper-transgressive tradition of John Waters”.

Moreover, it also appealed to an audience of nerdy white boys who liked this particular theme. Furthermore, the film was also used in a recruiting campaign in the 2000s by the Gay Nigger Association of America, a troll group.

Often there is a saying that even the small things catch the public’s attention if they deal with unique themes. Therefore, the space movie 1992, even though it is a 26 min long film, has repeatedly made the headlines. However, now it has again come to the limelight because of the sick joke by some Redditors so as not to google “space movie from 1992”. The topic of racism is not something new.

In fact, time and again, people subject the Blacks to many abusive and sick racist jokes on their skin color. Even though we talk about equality, we are still lagging in this aspect. So it will be better for all of us if we forsake this habit of criticizing anything based on skin color and make the world a better place to live in.

How Mobile Apps are Making Strong Footprints in Entertainment Industry

Unique Ideas To Turn Your Hobbies Into Business By Mike Giannulis

7 Common Mistakes That Can Hurt Your Work Injury Claim