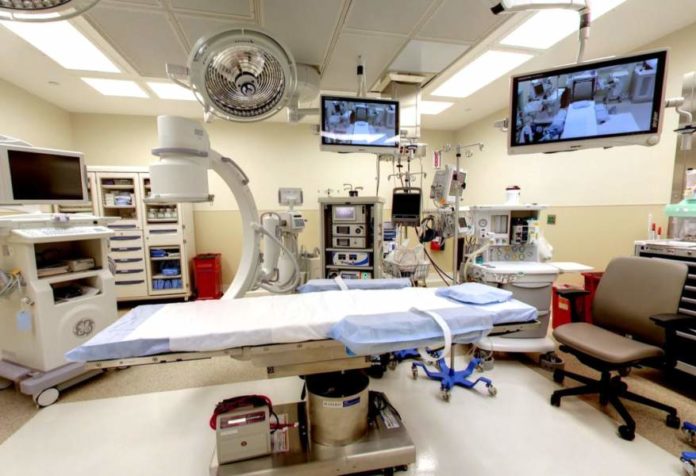 He suggested that part of the challenge, of course, is there’s fatigue within the ambulatory surgery centers, call it IT fatigue, systems fatigue. They have so many systems, and the systems don’t talk to each other, and things like that.

A few other things are going on, too, which are physicians who have started ambulatory surgery centers as a group, where multiple ones sort of pitched in. They said they were going to bring their business together, referring to that surgery center. They all are practicing somewhere else, so the likelihood that any or all of them are actually on the same system is pretty low.

If you’ve got a dozen docs who’ve formed a surgery center, they’re all using 12 different EMRs somewhere else. If they throw an EMR into the surgery center, now suddenly, every single doc has to learn another EMR to use at that surgery center. That makes it pretty challenging.

Of course, you’ve got the nurses with a similar kind of issue, although most nurses are part-time where they may work one or a couple of days a week at that surgery center and then work somewhere else. It would take a significant amount of time and effort to train those nurses. Most of the surgery centers don’t invest heavily in the nursing staff, so it’s not like those people will stick around for an extended time. They’re almost temp workers, which mean they don’t invest in them, and they don’t take their time to have them get to know the systems and things like that. It’ll undoubtedly be a lot more complicated with EMRs as well. That was sort of some investigations.

Why is there poor IT penetration in ASCs

I have a few other things related to a hypothesis on why ASCs, in particular, are so poorly penetrated on EMR. And that is a little bit different than those other reasons, which is back a decade or so ago when we were finally getting a significant ramp-up in electronic medical records, the late 2000s call it, where we went from EMR having been around for decades and not going anywhere very quickly to suddenly massively implemented and just flying up that Pareto, it happened because of a combination of factors, but they were all financial.

It was penalties and incentives effectively. There were tax incentives at the time, of course, to implement EMR. Then, there were financial penalties if you were not going to EMR. So there was carrot and stick effectively, forcing doctors to do it. A considerable percent of docs would never have done it because they didn’t want to learn electronic medical records. I mean, how many times have you heard a doc say something. I remember 20 years ago where somebody said to me, “If you can get that EMR to write a script as fast as I can do it, I’ll implement it instantly,” and they whipped a pad out of their pocket and then scribbled a note and ripped it off in a matter of about two seconds. Of course, the system couldn’t do that.

Understandably, it slowed docs down a lot to learn those systems. Not only going through a learning process, but even just using the EMR was slower in charting notes than they could do on paper because they’re so familiar with it. Of course, they could scribble unintelligibly. That was a primary driver that we had for the adoption of EMR. We don’t have that in ambulatory surgery centers in the same way. That’s, I think, one of the big things that drive it.

It was suggested by someone that since data is so valuable. Ultimately, we need data in the healthcare business to make all of us more financially successful; healthcare providers, including those docs, who own and run and refer their business to ASCs, one of the ways to do that, of course, was to get EMR in there.

I think, at least in terms of the types of analysis that we do, it’s not necessary because whether or not the ASC does their billing or has an outside billing company, if they do their billing, then, of course, they have a practice management system. Even if it doesn’t have the EMR attached to it, they have the PMS that has the billing module and contains all the financial data because, God, I sure hope they’re not billing on paper, that most of them are not doing that even if they don’t have the EMR. Or if they have an outside billing company, of course, the billing company has a billing system that contains all that data.

If you want to do sophisticated analysis, the data is available to mine without implementing electronic records. We can go take a lot of steps forward in terms of “How do we make more money for ambulatory surgery centers before pushing through the EMR?” Hopefully, one day, electronic medical records will become so easy that it isn’t much of a hurdle or an obstacle for those physicians. They’re excited and want to implement those systems because it makes them more productive rather than less productive.

More of the story is plenty of data to mine in ambulatory surgery centers that we can use to make them more financially successful. Just grab it. Don’t worry about the EMR.

Also, I think there’s an enormous amount of value from a clinical standpoint to having electronic medical records, and the things that can be done there are highly beneficial. Indeed, the changes that have come through in terms of quality measures in other healthcare areas are moving into ASC as well. I think it will happen and will be beneficial for all, and we’ll be moving in the right direction.

I don’t want to pooh-pooh electronic medical records and ACS somehow. I’m just saying rather than worry about, “Hey, we haven’t gone full-bore,” let’s take advantage of the data that’s already there. Let’s do something with what is available because we can and start mining that data. I think as people see that, “Hey, this has a benefit. It makes us more money,” there’ll be some greater incentive to implement electronic medical records.

Read Also : How to spot the use of RIFD Technology in our daily life

Signs Of Cardiac Arrest | Prevention Is Better Than Cure

Spotify Premium App As The Leading Music App In The Market

Tips in Beating the Summer Heat While Staying Fashionable