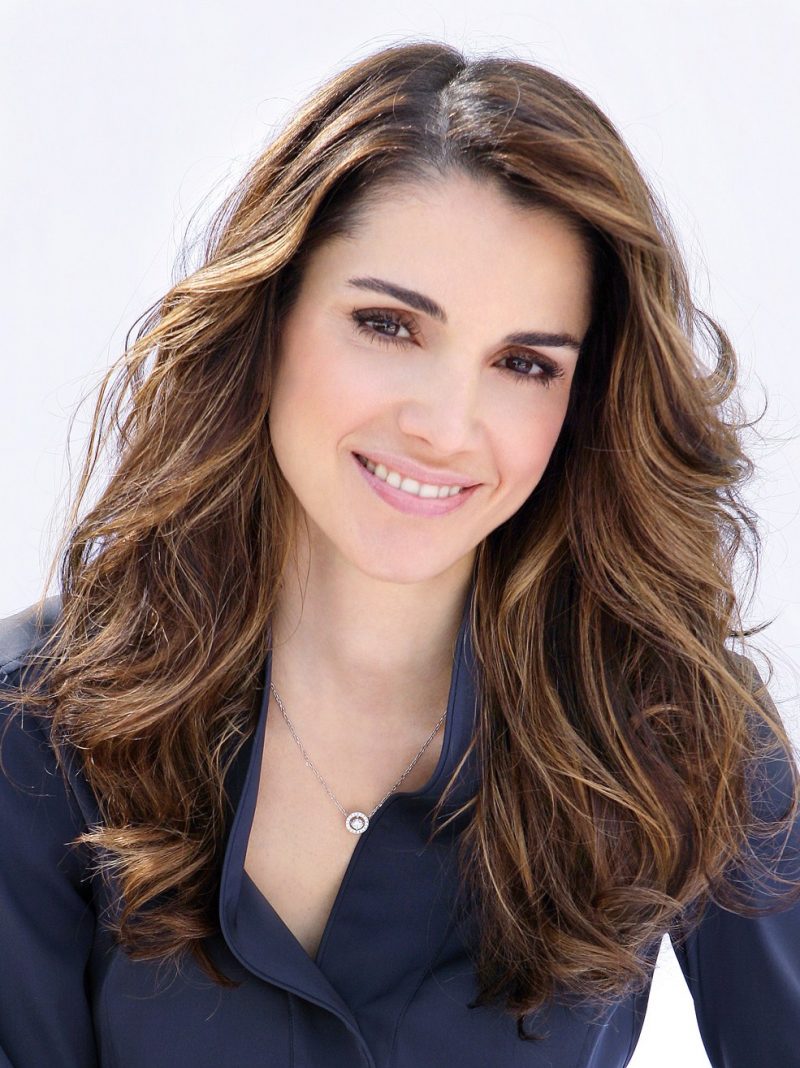 The Queen spent her childhood in Kuwait with her Palestinian parents. Rania Al – Abdullah is the daughter of IIham Yassin and Faisal Sedki Al – Yassin. She has two siblings, sister Dina and brother Magdi.

The Queen of Jordon Rania- Al – Abdullah studied at an English School in Jabriya, Kuwait city. Later on, she completed her bachelor’s degree in Business Administration from the American University in Cairo. On completing her education, Rania – AL – Abdullah started working briefly in marketing. She even worked with Apple.Inc in Amman.

Being born to a Palestinian family, the Queen suffered a similar faith, like millions of other Palestinian families. Rania – Al – Abdullah, the Queen of Jordon, was forced to flee during the first gulf- the war in 1991. She moved to Jordon, where she met her husband and King of Jordon Abdullah II.

The couples have four children, two daughters, and two sons. The children of the Queen and king of Jordon are Crown prince Hussein born on 28 June 1994. And their first daughter Princess Iman and second their daughter Princess Salma was born on 26 September 2000. And their fourth child and second son Prince Hashem was born on 30 January 2005. All their children were born in Amman.

The Queen of Jordon Rania – Al – Abdullah started her professional career in the IT field and banking sector. She also worked for the marketing team of Citibank. Only in the year 1999, she was proclaimed as the Queen of Jordon as her Husband Abdullah II – bin al – Hussein.

She has always used her position as Queen for the betterment of other people. In 2003 she launched the Al – Aman Fund for the future of the orphans. In the year 2007, the Queen of Jordon was named as the first eminent advocate of children. She has continued to advocate for various betterment of Jordon like reform in education, public health, the sustainable tourism industry in Jordon youth empowerment, and cross-cultural understanding and dialogues between Arabs and the western world. She is most importantly known for being an opponent of honor killing practice.

The Queen of Jordon Rania Al-Abdullah net worth is estimated to be 35 million dollars.

What Makes DaVinci Baby Furniture the Best for Your Baby

6 Great Gifts for This Holiday Season