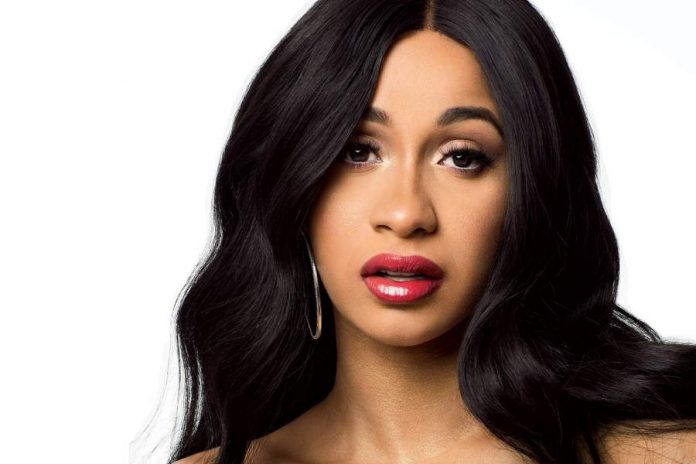 CARDI B hits back at a troll who called out Cardi B nipples “too big” in her previously leaked photo. She even clasped “your daddy wanna get breastfed?”

The WAP rapper somehow posted a nude picture to her Instagram stories on Tuesday morning. It was supposedly after a long night of debauchery with her estranged husband, Offset.

She then clapped back at a fan. He asked her why her nipples were so big. Some followers began remarking on her body in the photo- and the outspoken Cardi, 28, instantly clapped back.

A man commented: “Why areolas so big?”

Cardi then responded: “Cause I breastfed a baby for three months. T***ies got bigger, so nipples got bigger. It’s ok, let me know if your daddy wants to get breastfed.”

She called herself stupid following this random stripped leak. Cardi in her usual style, broke the internet when she posted a completely nude selfie. Then, she of course quickly deletes the x-rated snap the morning after going to the strip club with her friends and Offset.

She had her makeup on as she laid in bed topless in that steamy photo. Cardi still had her hair slid into an updo from the night before.

Cardi had a boob job. Therefore, after posting the picture, she said: “Lord, why the f**k did you have to make me so f**king stupid and r****ded? Why?

“You know what, I’m not going to beat myself over this. I’m just going to eat my breakfast and then I’m going to go to a party because I’m not even going to think about it.”

She wore matching red and orange dresses in the picture. And a bit of dark red lipstick (the same shade used in her nude selfie) was spotted on her.

The star also posed with a box full of dollar bills to fling at the strippers. They were dancing upon the star and her retinue.

Cardi later recorded a video. Offset was dancing to the beat but maintaining his distance from the nude dancers, in that video. Cardi drank hard for her birthday in Las Vegas this weekend.

She then attended the gift-opening session with a full-blown party at a private club. Videos from the night show the rapper getting down and dirty. She was twerking on the dance floor. Cardi was grinding up on her ex.

In another video, Cardi and her friends partied on her private rooftop. The star later published a video of herself strutting down her penthouse suite hallway wearing a thin pink bikini.

Cardi B and Offset might be back together. They spent her birthday together.

The star spread rumors the pair are back together. It was after she filed for divorce from Offset.

The Migos star gifted her with a Rolls Royce. He also gave her a huge billboard featuring a sweet message from their daughter, Kulture.

The couple has had a wild relationship that was tarnished by cheating allegations. She furthermore shut down rumors. The rumor was about him having a baby on the way for the second time.

Cardi filed for divorce just one month ago. And if you don’t know, Cardi’s real name is Belcalis Almanzar. For Offset, it is Kiari Cephus.

They tied the knot in 2017 and share their daughter Kulture. She was born in July 2018.

Cardi clarifies her statement. She was “tired” of the couple’s continual arguing. Thus, she decided to call it quits.

The hitmaker says that she is tired of arguing. And, she wanted to see things clearly.

“When you feel like it’s not the same anymore before lly get cheated on, I rather just be… you know what I’m saying? Like, I’m tired of people.”

Cardi said: “I don’t do stunts. I don’t need stunts and I don’t need any stunts for someone in the family to sell anything.”

Cardi B On Cancelling Shows

Cardi B came under blaze last week after canceling numerous shows to recover from her last plastic surgery.

Presently, Cardi puts her foot forward about those cancellations and her plastic surgery issues. She is making it clear that she doesn’t care what people say about her body.

Cardi talked in an Instagram Live video. The video is on YouTube.  She said: “[People tell me], ‘You’re lazy, you should just workout,'”. She further added “I do whatever the f— I want to do with my body,”

Cardi went on to uphold her choice to get plastic surgery.

She basically shut down haters. She said: ” I don’t have time to work out and I wanted specific things that I know that no matter how much I work out, don’t get fixed.”

The doctor told her that she needs to take time off for her breasts to recoup. It is because her internal stitches from breast augmentation need healing.

Cardi on Plastic Surgery Side Effects

Cardi said: “My doctor was like, ‘Yo, you cannot be doing all these shows because you’re not fully healed”.

She further adds: “But like, health is wealth, so I have to do what I have to do. My breasts gotta f—-ing heal, and it is what it is.”

Cardi then told fans that she feels bad for canceling shows. And she says that taking time off has seriously cost her.

“You know, I hate canceling shows because I love money,”, “I’m a money addict, and I get paid a lot of money, a lot of money for these shows … like I’m canceling millions of dollars in shows.”

Cardi postponed numerous shows. Afterward, she told a crowd in Memphis in early May that she “should have canceled today. I shouldn’t be performing because moving too much is gonna f— up my lipo. But b—-, I’m still gonna get my motherf— money back, let’s go!”

However, Cardi seems pretty glad about the results of her surgeries. She disseminated several photos from her newest single “Press” yesterday on Instagram.

Cardi is completely naked in those pictures. She only has just a few thin black censor bars covering her body.

The source of this post is mostly Instagram. You may be able to discover the news in another format. You may also be able to find more information on this matter.

However, we will say, you do you, Cardi! She needs to be happy with her body. That is all that matters. However, let it heal.

Revé Drew Walsh — 5 Facts about John Walsh’s Wife of Almost Half a...