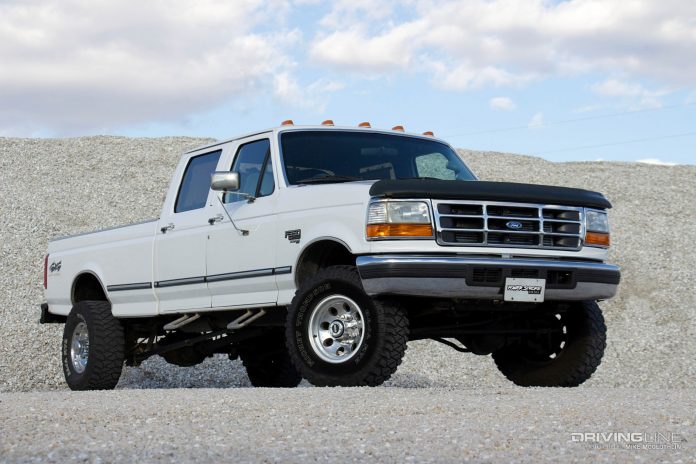 Ford was determined to manufacture the new in-house Power Stroke engines after difficulties sprung up in the ones primarily designed by Navistar. The new features installed in these reformed engines include an air to water intercooler, reverse flow heads, and valves having their pushrods. Since these engines’ main target was trucks, they were custom-made by engineers to improve the performance and drivability. This was not only for the performance, but also for a revolutionary change in the heavy vehicle’s reliability. However, soon after these engines’ launch, people faced some troubles in the Power Stroke 6.7 range. 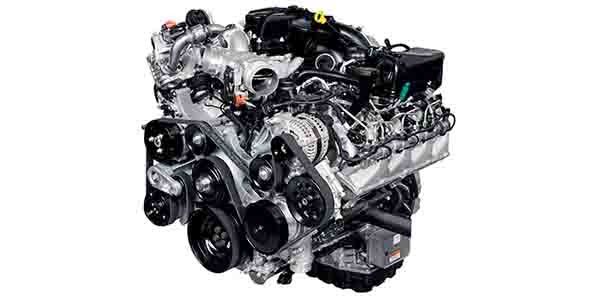 The EGR Cooler was located in such a place, which made replacing it much less costly than before. The cooler is built in a cartridge design that means when required, the guts and the cooler’s core can be changed conveniently, rather than assembling the whole cooler. The overall expansion and contraction of the metal parts also have some manufacturing failures.

The exhaust gas temperature EGT sensors fail to recognize the extreme temperatures so frequently that the company extended the warranty on this part. This requires replacement since the exhaust strips due to sensor failure.

Although the coolers used in the Power Stroke engines are upgraded over the previous ones, using a better cooler would have helped to keep the oil temperatures further down to experience better performance.

During the time of its launch, Ford 6.4 Power Stroke promised to address the drawbacks that were present in 6.01 and also promised better performance. The engineers found a way to increase the power with a few ECU programming changes quickly and easily. The commercial owners were quite impressed with the engine’s less fuel consumption design and a stronger power-generating engine. So, 6.4 was a favorite at its early stages due to an optimizing economy.

Soon, along with addressing many problems of its predecessor models, the problems of Ford 6.4 Power Stroke also came into notice of its users. The source of these problems mainly revolved around the truck’s engine design. There were many parts of the engine replaced, which was only possible by lifting the entire cab. As a result, repairs and part replacements took longer than usual, and the labor hours spent behind it was also much more than normal. Therefore, each servicing venture was way more costly. This was a major design drawback on the part of the engineers. Upgrading failure-prone components might result in more cost savings over the vehicle’s life than any other model on this list.

The exhaust gas produces soot, which is collected by the particulate filter. Once the filter gets filled up, the engine takes regen mode in which diesel is sprayed to burn this soot off present in the exhaust. What happens during regen mode is the fuel economy, and the power drops while the exhaust’s temperature increases. Over time, this soot deposition clogs the filter permanently, forcing the filter to stay in regen mode, which needs to be replaced in the future.

Sometimes, the oil residuals can clog the coolers, which increases the oil’s temperature, leading to failure. These coolers are present under the turbo system, so replacing them becomes very costly and time-consuming.

The plastic impeller of the pump had the same cracking problems that were present in the 6.01 model.

The factory set radiators are prone to cracking at the plastic tank’s junction and the aluminum core.

The head gaskets are not protected enough due to the loose clamping force provided by the head bolts present on this engine. These bolts need to be upgraded.

Ford 7.3L had a clean sheet design compared to the previous models. It faced troubles only due to the use of IDI engines. The trucks using this engine could not produce enough power. The injectors fire only once or twice. It made less than half the horsepower than its newer offsprings had made.

7.3l failed to reach the new NO emission requirements, and the designers knew that very well. So, Ford had to develop a new engine using the latest technology, which could also surpass the competition of the rivals.

The positive aspects of 6.01 were that it provided a lot more horsepower than all the present models. Many new technologies were used in designing this engine, which again called for newer problems.

Most diesel engines have faced EGR coolers’ problem, but it became widespread in Power Stroke models. The coolers are smaller than required in capacity, so the heating problem is more profound in these models. Small amounts of coolant reaching the EGR coolers from the oil coolers can also cause this problem.

The other perceived problems are the same age-old problems that have been prevalent for too long in the engines. They include problems with the oil cooler, water pump, cylinder heads, head bolts, and cooling system.

This is the third generation of Power Stroke diesel engines, which was built upon the design of its predecessors by adding more relevant technologies to it instead of being replaced. Due to its recent launch, a clear picture of its drawbacks and difficulties are not yet available. However, the common cooler problems of Power Stroke are still present.

It was taken out of the market just two years after the launch of the model. Though it uses the top tier engines of Jaguar and Land Rover, some instilled engine problems might still be present.

The most common problems observed in Power Stroke are:

The EGR coolers are clogged or ruptured mostly due to the exhaust gas flow and soot deposition. It is possible to clean that up, which effectively reduces blockage.

Over time, the cooler might crack due to overheating. This causes fatigued metal components and ruptures the entire engine process.