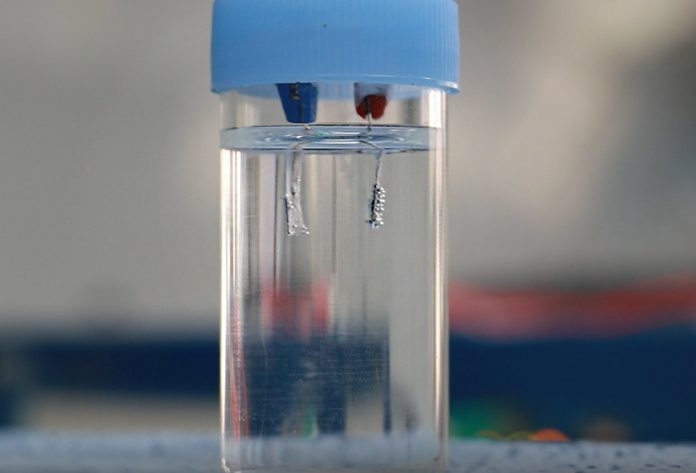 A simple chemical compound comprises of water and an extra oxygen atom is known as Hydrogen peroxide. It has been firstly recognized in 1818 and is an important covalent peroxide.

Its chemical formula is H2O2

Hydrogen peroxide H2O2  has a non-planar structure. They have two planes with one O-H pair on each plane. The angle between both the planes is 90.2° and the length of O-O bond is 145.8pm and O-H bond length is 98.8pm

As per the valence bond theory, both the oxygen atoms are sp hybridized. Both oxygen atoms have two pairs of unbound electrons each. It has an open book structure.

Hydrogen peroxide was industrially prepared by hydrolysis of ammonium peroxydisulphate

Water electrolysis is the process of splitting water into hydrogen and oxygen in the presence of electricity. The process takes place in an electrolyzer which can be able to produce hydrogen on a small scale. 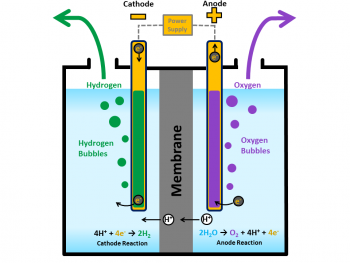 In this water electrolysis equipment, there will be an anode and cathode which is separated by an electrolyte. Mainly due to the difference in electrolytes, electrolyzers works slightly in a different way.

The electrolyte will be solid speciality plastic material.

At anode, water reacts to form oxygen and positively charged hydrogen ions. Electrons will move through an electric circuit and then hydrogen ions move across the PEM to the cathode.

At cathode, hydrogen gas is evolved by combining hydrogen with the electrons.

At the cathode, water is reduced to hydrogen and oxide ions. The oxygen ion passes through the solid ceramic membrane and reacts at the anode to form oxygen gas.

It must operate under 700-800°C to decrease the electrical energy needed to produce hydrogen from water.

Better You, Better Business: 4 Tips for Self-Improvement for Business Owners

How Mobile Game Development Will Shape the Future of the Gaming...