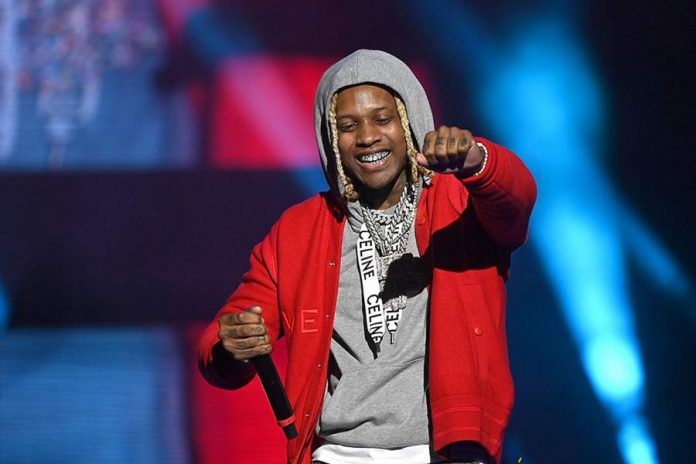 One of the major questions related to Lil Durk that has been going around is, how many Lil Durk kids are there. But before we share the details on his children, let’s cover some of the obvious.

Durk Derrick Banks or officially Lil Durk shot to fame for his talents in singing. He is an American rapper and singer from Chicago. Moreover, he is the lead member and the founder of the record label, Only the Family.

Due to the essence of his talent, he garnered quite a huge cult after he released the Signed to the Streets mixtape series in 2013. This made him sign a record deal with Def Jam Recordings. Furthermore, this record helped him release his debut albums, Remember My Name in 2015 and Lil Durk 2X in 2016).

However, the record label dropped him in 2018. Two years after Def Jam let him go, he made his comeback through a rad video. He made his first appearance on the Billboard Hot 100 with the single “Viral Moment” in 2020. It was a part of his fifth studio album, Just Cause Y’all Waited for 2.

Apart from Lil Durk kids, the singer shot to fame for featuring in Drake’s hit single Laugh Now Cry Later. The 28-year-old singer had a long history on the Chicago rap scene. Moreover, he is also a dad to a HUGE brood. The founder of Only the Family started with creating rap tracks.

Moreover, his Signed To The Streets made it to the top 10 mixtape releases in 2013 in Rolling Stone. While he carved his niche in the music industry, he collaborated with artists like A Boogie with da Hoodie, Future, Kevin Gates, and Ty Dolla Sign.

How Many Lil Durk kids Are There?

To answer this question shortly, he has six kids in total. He fathered his first child at an early age. He was only 17 years old back then.

He started dating Nicole Covone in 2008. With her, he had his first child together in 2011. Currently, Angelo is 10 years old.

Just after two years of Angelo, Nicole gave birth to a daughter in 2013. They named her Bella. As of now, Bella is 8 years old. After the birth of their daughter, the pair separated.

Just a few months after the birth of Bella, Lil Durk became a father again. the third child of Lil Durk is Zayden Banks. Although who is the mother of Zayden is not available on the internet. So, Zayden is 8 years old as well.

After the birth of Zayden and Bella, Durk revealed that he had fathered a fourth child as well. He became a proud parent of Du’mier Banks in 2014. As of now, Du’mier is 7 years old. Although we do not know who the mother

After a short period, he fathered a child called Skyler Banks. According to many sources, Tameka Kute is Skyler’s mother.

In 2017, Durk started dating his girlfriend India Royale. He proposed to her in 2018. During their courting, India gave birth to Dirk’s sixth child in October 2018. They named the children Willow Banks.

India also has a six-year-old daughter from another relation. During the birthday of Willow, she posted a picture of them on Instagram. She captioned, “Happy 2nd Birthday to my twin, my spoiled little sour patch kid, Willow Pillow. Chile, she 3 hands full but I knew she would be”

How to Get More Job Applicants When Hiring for Your Business

How Artificial Intelligence Is Bringing Change In Science?

Matchmaking Services for Everyone: Tips to Know

Guidelines for Selecting the Best Kitchen Splashback Designs for Your House