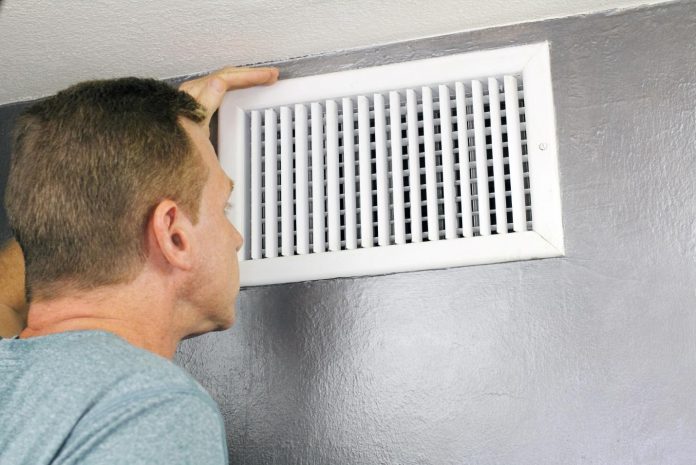 US fire departments responded to a whopping 1.3 million estimated fires in 2019. Of these, over one in four occurred in residential properties. Despite that, home fires accounted for three-quarters of all estimated fire-related injuries.

With that said, a burning smell from heater registers can make anyone panic. After all, such acrid odors can be an indication that something is really on fire. A small flame needs as little as half a minute to swell into a major fire.

While a burning heater smell isn’t normal, it doesn’t mean you need to call 911 right away either.

To that end, we came up with this guide detailing what various burning heater smells mean. Read on to discover their causes and what to do if these odors assault you the next time you turn the heater on.

When Is It Normal for the Heater to Smell Like Burning?

Not ever, as even the least dangerous cause of burning heater odors can signal a lack of maintenance. In fact, a lack of pre-season tune-up is one of the chief reasons behind these smells. In this case, the stench comes from dust and debris that your heater burns.

What’s normal, though, is for dust and debris to build up in and around your heater over the summer season. After all, you usually don’t use your heating system during this period. Indoor air, which can have pollutants two to five times more than outdoor air, can speed up the filth build-up.

These contaminants and particles can settle on your unused heating system. So, firing up a “dirty” heater burns off all those layers of residue. The dirtier your heating system is, the more pronounced the smoky odors.

As such, burning filth isn’t “normal” per se, but the smells should disappear within an hour or so. If it doesn’t, or if the odors worsen, shut your heater off right away. Then, immediately Google “HVAC near me” to book emergency heater repairs.

The above scenario also highlights the importance of pre-season HVAC maintenance. If you get your heater tuned-up before the heating season, you don’t have to worry about smoky smells. You can also make certain your heater performs at its best on the very first day of the season.

What Does an Earthy, Burning Smell From Heater Indicate?

Have you’ve ever tried burning damp wood in a fireplace or a campfire? If so, you’ve likely noticed how the smoke carried with it a distinct earthy scent. That’s most likely due to molds.

Your home heating unit can produce similar odors if it has molds or mildew growing in it. You should turn off your heater immediately in this case, as mold spores can get released into the air. Inhaling these spores can cause adverse skin and respiratory effects.

Avoid switching your heater back on until you’ve had your heater cleaned and serviced. Otherwise, you and your loved ones might continue to experience mold exposure symptoms.

Besides, the smells won’t dissipate until your heater has burned off all those molds. The released spores can also settle on other damp materials you have at home. They can then grow, multiply, and spread in just 24 to 48 hours.

What if the Heater Smells Like Burning Rubber or Plastic?

Damaged electrical cords or wires can exude these burning rubber odors. The rubber encasement of your heater’s electrical cords may have melted. These are fire and electrical hazards, so it’s best to get in touch with an HVAC technician right away.

Another possible culprit behind a burning rubber smell is an overheating blower motor. The heat can be enough to melt the motor’s rubber components, hence the burning odors. This already warrants immediate repairs, as an overheating motor can shut down completely.

What About Smoky Odors and Pickle-Like Smells?

All gas furnaces have a component called the “heat exchanger.” It’s a thin piece of metal that separates the combustion chamber from the blower. The chamber heats the exchanger, which, in turn, keeps combustion gases within the unit.

For that reason, the heat exchanger protects you against toxic combustion gases.

On the flip side, a cracked heat exchanger can spew out these toxic gases into your home. Aside from burning smells, you may also get a whiff of pickle-like odors. The latter may originate from aldehydes often found in combustion gases.

Don’t delay ringing up a heater repair tech, as a cracked heat exchanger can also leak carbon monoxide (CO). CO is odorless, but it’s very toxic and lands up to 50,000 people in US emergency rooms each year.

What if the Heater Emits Burning and Rotten Egg Smells?

Natural gas is odorless, which is why gas suppliers add mercaptan to it. Mercaptan smells like sulfur, which, in turn, smells like rotten eggs. This distinct odor makes it easier for consumers to detect natural gas leaks.

If your heater emits not only burning smell but also sulfur-like odors, turn it off right away. If you can, open your windows before you exit your house immediately after. Once you’re outside, ring up your natural gas company or emergency services.

You should do all these because natural gas leaks can result in explosions. The flame generated by the burners can act as the ignitor of the leaked gas.

Stay on Your Toes for These Heater Smells and Woes

Now, you know that a burning smell from heater registers or air ducts are not normal. However, it’s often just a simple case of dust and debris build-up.

If it’s too acrid, though, or if a sulfur-like odor accompanies the smoky odor, take that as a danger sign. Get your heater inspected right away for your own safety and peace of mind.

Ready for more home, lifestyle, or tech guides like this? Stay on top of the latest blog posts by checking out the rest of our site then!

How To Spice Things Up During Lockdown

The question shown at the beginning of this article is something that puzzles a lot of people, especially those who have never...

How Much Does It Cost to Hire a Commercial Painter?