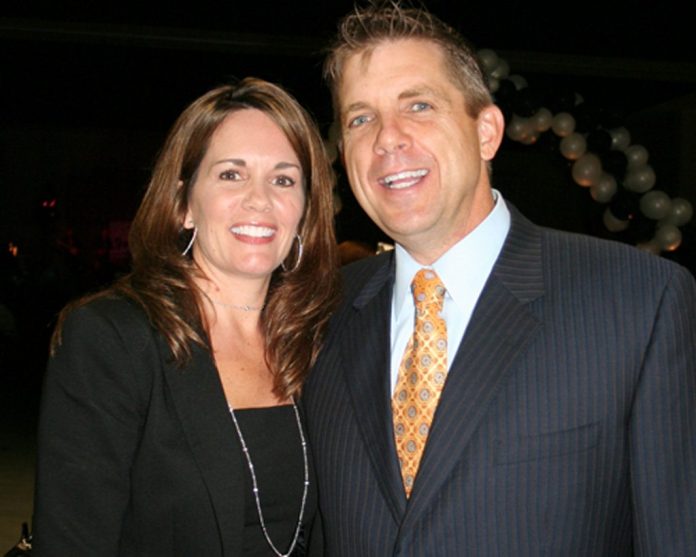 Beth Shuey is famously known as the ex-wife of Sean Payton. She was with him for twenty years however got divorced in 2014. Recently, her ex-husband Payton was in the headlines because he got tested positive for COVID 19. Shuey met her former husband at Indiana State University when he served as a coach there, and she was a graduate. She has two children and shares joint custody of them with her husband. She is a beautiful woman and has come with her former husband and children on many occasions. Know more about Beth Shuey here.

Shuey grew up in Morocco, Indiana. She attended North Newton Junior in her hometown and completed her education in 1986. She had a normal life, but she became famous when she married former football player and coach Payton.

Information about her former husband

Payton is a popular football coach and at the moment serving as the head of New Orleans Saints an NFL team. He was a quarterback for the Naperville Central High School. Then he started to play professional football in 1987 and 1988. His date of birth is December 29, 1963, and his place of birth is San Mateo, California. He is fifty-six year old now.

On March 19, 2020, Payton tested positive for COVID 19, and he became the first member of the NFL to suffer from it. Then on March 29 when tested again, the results came negative, and he got cleared.

Beth Shuey was a student at Indiana State University. Sean Payton served as a coach for the University at that time. They both started a relationship and got married. They had their daughter Meghan on 1997 and son Connor on 2000. She and her family moved to Mandeville, Louisiana when her husband became the head coach of Saints’ head. The home they lived in got built with defective Chinese drywall similar to all the homes built after Hurricane Katrina. Her husband was one of the plaintiffs who filed the lawsuit against Knauf Plasterboard Tianjin Co. Ltd.

Then she and her family decided to shift to the Dallas area. They bought a home at Vacquero Club, which is an upscale community located at Westlake. It is the home where many famous people live, such as Jonas Brothers and Josh Hamilton.

Unfortunately, in 2012 she and her husband decided to divorce. In 2014 her husband moved to Uptown New Orleans and bought a condo.

Many sources claimed that Shuey divorced her husband because of his secret affair. But their divorce statements revealed that they separated because of discord. But the former couple has not shared any information about their separation.

Beth Shuey is not dating anyone. She is looking after her kids. On the other hand her husband has started dating. Both are looking after their children as they are sharing joint custody. She is very proud of her children. But she is not making any public appearances. Only some rare photographs of her are available.

Her ex-husband Payton is dating former pageant queen Skylene Montgomery from West Virginia. He started dating her in 2015. Both Shuey and her husband have moved on in their lives.

Shuey’s daughter Meghan Payton worked as the sideline reporter for NFL network. She started as an intern for the channel. She got the opportunity to work in the Pro Bowl and also attended the practice matches of the teams. She served as the sideline reporter for FOX 8 at the time of preseason games of New Orleans Saints. Furthermore, Meghan also went to GALvanize boot camps conducted by the NFL. Payton shared that his daughter is excited to take part in it.

On the other hand, the twenty-one-year-old son of Shuey is a player at NFL. Both Shuey and her ex-husband Payton are very proud of his achievement in the game. The boy has chosen the same field as his father. He is getting all the encouragement to do well in the sports as his father.

So we can see that both the children are extremely talented. They are mature people who have understood the circumstances of their mother and father’s divorce. They have huge ambitions to succeed in life.

The net worth of Beth Shuey

The net worth estimate of Shuey is not available; however, she is a woman with means. After her divorce, she got the $3.45 million worth property belonging to her ex-husband Sean Payton. It is in Texas, and she is living in a luxurious house with her family. Moreover, she gets alimony and support from her husband to look after the kids. The net worth of her ex-husband is $8.5 million. He is the fourth highest-paid coach in the NFL. So he may squander his fortune on his kids.

Beth Shuey is a great woman. She is with little help from her x-husband, raising the kids well. They are each doing wonderfully in their work. Shuey is encouraging her children to follow their dreams.

Where to Buy a Beach House?

How to Find the Best Pool Plaster Services in Your Area?

5 Reasons Why School Apps Are Crucial For Parents And Management