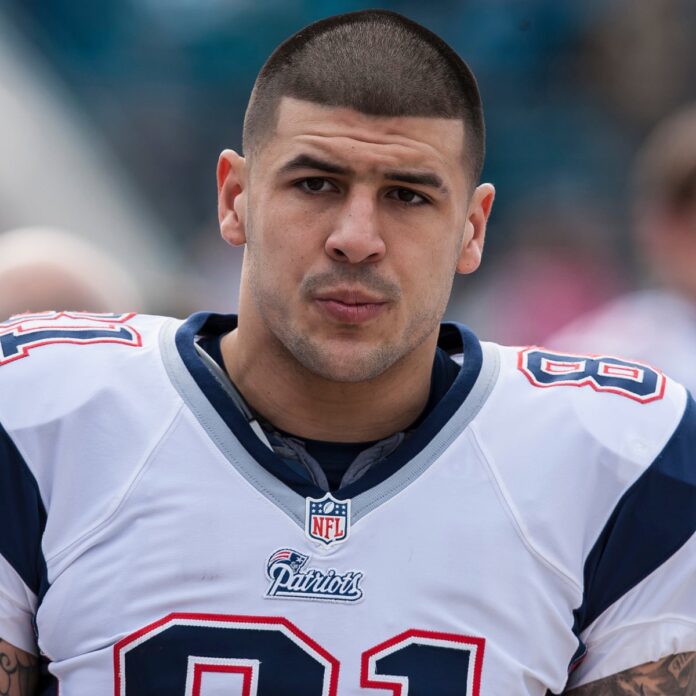 Aaron Hernandez, an American football player, received life imprisonment for the murder of Odin Lloyd in 2013. In 2017, he carried out suicide inside his prison cell, and after that, his disease of CTE which is a neurodegenerative disease, came to light.

Who Was Aaron Josef Hernandez?

Hernandez was a reputed football player who received All-American honours at the UF. For the New England Patriots, he made himself a pro-NFL tight end player. But his prosperous career came to an end when he got arrested for the first-degree homicide of Odin Lloyd in 2013. In 2014, extra charges for 2 more murders that occurred in 2012 were also added. In April 2015, first-degree homicide was charged in Lloyd case. A few days later he died by suicide inside his prison cell on 19th April 2017. After his death, his murder conviction got erased. Later, an announcement that Hernandez had a neurodegenerative disease called CTE came to the public’s ears.

Aaron was born in Bristol, Connecticut on 6th November 1989. He got his first All-State honours for his leadership in the CCC Southern Division Championships in 2006. But his final year got affected by the unexpected demise of his father due to the complications from regular hernia surgery.

At the University of Florida, Aaron became a pro tight end. He was even named a Consensus All-American in 2009 and made a record of 111 catches for 3 collegiate seasons.

Even though his talents were obvious, many teams were thinking twice of drafting him because he flunked a drug test. On the other hand, many teams found it a concern about his relationship with neighbourhood gangs back home. In 2010, he came down to the 4th round in the NFL draft, and the New England Patriots chose him.

In the 2o1o season of the NFL, Hernandez proved to be the youngest player who could thrive at the game’s best level. He played an important role to set the record for a tight end with just 45 catches, paving the way for the Patriots to an AFC Championship.

Next year, Aaron and Rob Gronkowski teamed up to launch an epic offence. This duo played for 2,237 regular seasons and 24 touchdowns until their defeat with the New York Giants in Super Bowl XLVI.

In August 2o12, he got his contract extended to 5 more years. During the following season, he got slowed down due to injury in his ankle. But due to the withdrawal of Wes Welker and health issues of Gronkowski, Hernandez took an important role for his team in 2013.

Odin Lloyd, a semi-pro football player, lay dead in a nearby industrial park which was a mile away from Aaron’s mansion located in Attleborough on 17th June 2013. With the evidence found, the police were led to Hernandez. But he made matters more complicated by smashing his phone and recordings from his surveillance at home.

Aaron Hernandez got arrested on 26th June and sentenced for first-degree homicide with 5 violations in the usage of firearms. Because he faced legal trouble, the Patriots declared his release in less than 2 hours, and soon his corporate sponsors also dropped him down.

The court provided the details of his motive and the evidence found. Aaron got upset that Lloyd had a conversation with his enemies in the previous evening at a nightclub in Boston. On 17th June, Hernandez and his 2 friends took Lloyd to a Nissan Altima and shot him there around early morning hours. The industrial park’s surveillance footage showed the rented car at the time of murder and Hernandez’s home footage showed that he arrived with a gun around that time. The police also found gun casings at the scene of the murder, in the rented Altima, and at an apartment possessed by Hernandez were the same.

At the same time, other accusations against the football player started to surface. A man accused him of using a weapon which affected his eye. He was also investigated for a drive-by shooting that occurred in the summer of the previous year. Now, this talented athlete with a distinguished NFL career faced the likelihood of living behind bars.

Hernandez faced new charges against him in connection to the shooting in 2012. In this incident, Safiro Furtado and Daniel Abreu got killed. This happened before his training began with his new team. It seems that the 2 men were present at the same nightclub as Aaron on the night of his friend’s murder. Hernandez was under suspicion that he targeted them as they left and shot them inside their car. One of the passengers in Abreu and Furtado’s car got affected by the offence.

A grand jury of Boston gave Aaron Hernandez with 2 counts for first-degree homicide for the assault on the 2 men. Also, in this case, he faced weapon charges.

On January 2015, Hernandez faced legal action for the murder of Odin Lloyd, and this dragged for more than 2 months. On 15th April, he got a sentence of being guilty of first-degree murder. Under Massachusetts law, Aaron received life imprisonment with no possibility of parole for his offence.

Extra 2 counts of murder got issued to Hernandez in the shooting case on 14th April 2017. After some days, it appears that Hernandez died by suicide on 19th April 2017. He hanged himself with a bed sheet inside his prison cell. Following his death, the murder conviction of Hernandez got erased by a judge according to the law. It requires the convictions removed if the person is dead before his appeal comes to hearing.

It came to notice that Aaron had a neurodegenerative brain disease called CTE when he died. This is a common disease found in players of dangerous sports. The problems associated with this disease are mood swings, aggressive behaviour, and dementia. Doctors stated that it was a severe form that they never saw before in a young man.

Aaron Hernandez did have his ups and downs in life. But the story of the famous football player sparked the interest of many people around the world. Because of this, a book and a documentary were released in the memory of him.

What can fut coin be used for?

Why it’s Essential to Avoid Nulled WordPress Themes and Plugins

Simply Learnt: The Ins And Outs of Linux Hosting

Have you seen those celebrities who wear their shiny dark colored beards on the cover of those big time magazines? I bet you must...

Once travel becomes a real possibility again, it’ll be time to use all that PTO you’ve been stashing away and head off...

When it comes to retirement planning, it’s always best to start as early as you can. The earlier you begin saving, the more money...

5 Risk of Lead in Water

The human body is composed of 70% of water. We all need water to perform the basic functions of our body. But now a...

There is not a lack of options for keeping oneself entertained. Nonetheless, the sad reality is that various activities divide themselves between differing interests...