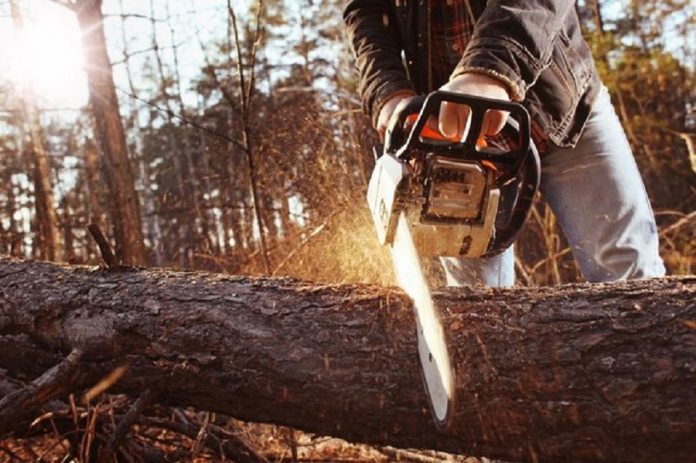 From dalgona coffee to coming up with silhouette dance. Finding new ways to create spaghetti to know the origin of “Why were chainsaws invented?” Tik Tok has become a source of knowledge. One of the new topics that have sparked a debate is the origin of the chainsaws. Yes, you read it right.

The main reason why the creator invented chainsaws was not to cut trees, but for something else. One has found the source of the chainsaw and it will shock you. The reason why chainsaw came to be was, drumroll please, for childbirth. Not shocked enough? Then continue reading.

What Prompted Tiktok & Why Were Chainsaws Invented?

First, the tiktokers tried to reveal that the fluid of beavers is what people use to make artificial vanilla extract. You don’t have to feel alarmed. But the most disturbing and thought-provoking finding is the origin of chainsaws.

Tik Tok user Hellomynamesjon shared a video on Tik Tok saying that the creator invented the chainsaw to assist with childbirth. It sounds terrifying and it is exactly what it is. While many were afraid, many believed the content. But is there any truth to it?

Let’s Dig Deeper To Know About It All….

You must be asking “Why were chainsaws invented?” Or was it invented for childbirth? The answer to this particular question is yes. The creator made chainsaws to assist in childbirth.

Two Scottish doctors, namely John Aitken and James Jeffray developed the prototype of the chainsaw to help in childbirth. It was around the 18th century when they developed the tool.

As it happens, they made the tool for the process of symphysiotomy. Meanwhile, they named the chainsaw osteotome. The osteotome is an early chainsaw that many use during medical procedures.

What Do We Know About Symphysiotomy?

Symphysiotomy is a surgical procedure. This procedure requires the doctor to cut the cartilage of the public symphysis. The device the region so that they can widen the pelvis. As it happens during pregnancy, there remains a chance of the baby getting trapped.

This is where the chainsaw comes in. If the baby gets trapped, then there will be no chances of doing a cesarean section. Hence, with the help of the machine, they widen the pelvis so that the baby can come out. The doctors used to perform this procedure with a knife. It was very painful, time-consuming, and harmful.

The doctors used the chainsaw in operations early and manually as well with the handle. The method of doing it manually made it much easier. Because they moved the teethed links of the chain around the blade. The process became comparatively safer.

However, in contemporary medical practice, doctors do not perform the procedure anymore. The process of childbirth has become far safer. Moreover, they have become more advanced than before.

A German orthopaedist, Bernhard Heine, designed another version of the chainsaw in 1830. He also made it to do surgery. He called it osteotome. The meaning of the word literally in Greek means osteo or bone and Tomi or cut. Hence, the bone cutter.

In the early 20th century, people started to realize that it is more useful than just in the medicinal field. Samuel J Bens from San Francisco, in 1905 made an electric chainsaw and called it the “endless chain saw”. He used it to cut the giant redwood. And from here the meaning and purpose of the machine changed.

The Main Types of Perfume: A Complete Guide

How Often to Call in a Septic Tank Pumping Expert

What are the benefits of choosing a Plug in Pendant Light?

Pursue MHA from One of the Leading Colleges in India

Find Ldv Sales Near You and Start Your Courier Business

Is The Idea Of Hiring A Professional House Cleaning Expert Beneficial?