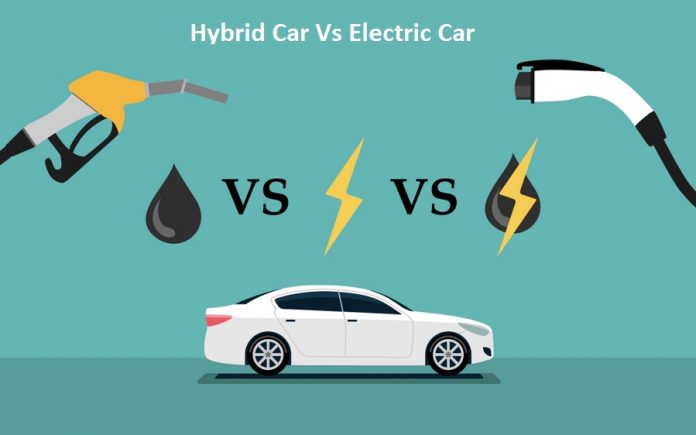 Automobile engineers have come a long way and cars are the best example that stands witness to it. From hybrids to electric ones, one can notice many options to choose from. However, today we will focus on Hybrid Car Vs Electric Car and which one is economically beneficial.

Hybrid cars have always stayed on the market since the late 1800s. However, with the higher cost of production on a massive scale, the popularity of the car remains low. Although the car manufacturers continue to research so that they can make it more effective.

Furthermore, they want to develop new hybrid machinery that adheres to strict emissions norms. But what is a hybrid car? And how is it any different from the electric one? Even if there are some differences, then which one is more effective and beneficial?

Hence, we bring you the answers to all these common questions on Hybrid Car Vs Electric Car. Hopefully, after you go through the article, you can make up your mind without any issues.

What Do We Understand About A Hybrid Car?

Hybrid cars have two engines. One can run with petrol while the other runs with electric power. Both work together to spin the wheels. Moreover, this leads to lesser petrol emission. Hence, hybrid cars are a better option for fuel-efficiency.

However, when you compare it to formal vehicles, you will see that they combine the benefits of high fuel efficiency with low emissions. So, when hybrid cars tend to cruise while braking, it results in excessive power usage. This leads to higher fuel efficiency or range.

Compared To Hybrid Cars, How Do Electric Cars Work?

The hybrid electric cars or HEVS draw their power from internal petrol engines. Moreover, it also has one electric motor that helps them to run. Moreover, the concept of the electric car is very simple.

Simply put, they run on batteries. These batteries are rechargeable that holds the capacity to power many motors on the vehicle. If we locate the electric car historically, it first came to be in the 19th century. There are two variations of electric cars available in the market.

This type of electric car will give you the chance to run on large battery fuels. They use petrol and diesel to run. The battery powers these cars with the help of an electrical outlet. Moreover, when the battery runs out, you can run the cars like a conventional car.

It is a fully electric vehicle that has no alternate fuel type. The battery-electric vehicles also go by an alternative name, that is BEV. It has rechargeable batteries. However, these do not have tailpipes so that they cannot waste gases as contemporary cars do. That is why this car is an eco-friendly option to hybrid cars.

The main difference between the hybrid car and the electric car is their structure. The hybrid car has an internal combustion engine and an electric motor. Both these engines send power to the wheels. However, the electric car gets the power from one source. The source here is the electric battery or the motor. It is the battery that propels the vehicle.

The hybrid car runs using electricity and fossil fuels. However, the electric vehicle runs with an electricity battery pack.

Hybrid cars need not be charged. However, the owner needs to charge the electric car to run it.

Hybrid Car Vs Electric Car: From Economic Point Of View

Both the Hybrid Car Vs Electric Car have batteries that help them to operate efficiently. Moreover, they are beneficial compared to gas-powered vehicles. However, there are some cost differences between the two options.

The major difference between the hybrid and the electric car is the fuel type. Both of these use a battery that recharges with electricity. Moreover, electricity comes from a few generating sources. These sources can be fossil fuels or renewable sources.

With both options given to the user, those who are environmentally conscious can choose which path to follow. Renewable sources like solar panels or any other power will help minimize the transport footprint.

However, the hybrid car will leave a carbon footprint. Although hybrid cars are flexible in terms of fuel, nonetheless they can run on gasoline. So, depending on your driving habits, you can switch accordingly.

All-electric vehicles make less of a dent when it comes to your bank account. So, instead of paying for a full tank of gas for your car, you will be adding charges to your electricity bill. Seeing this, the Department of Energy has created a handy tool.

They call it the eGallon. This helps the owner to compare the cost of driving an electric car compared to a gasoline-based one. Generally, the cost of electricity is lower than gasoline. Moreover, it tends to fluctuate less.

Apart from paying for the fuel, there is the cost of owning a vehicle as well. Maintenance cost is significantly high depending on which car one has. However, the hybrid car runs into many maintainable issues that you may notice in ICE’s. For example, engine oil, or coolant, or belt replacement issues are some of them.

These are all the issues that generate by combustion engines. Nonetheless, you can avoid combustion engine-related issues because of the EVs. However, they still have maintenance expenses like tire changes or structural damages.

The rebates are another reason why you should go with an electric vehicle. The federal and state offer rebates and incentives higher for these vehicles. Moreover, with the help of the rebates, one fan offset the higher cost of the non-ICE cars. Furthermore, it makes electric cars as well as hybrid cars very accessible.

Both electric vehicles, as well as hybrid car, have incentives associated with them. These incentives help the owner to ease the cost of going electric. Incentives tend to change. Moreover, they vary from one state to another.

So, it is crucial to conform to the current option before you go forward with the idea of purchase. After going through the viable options, make a calculated choice based on your budget. Hence, the advancement of technology has caused an uproar in the transportation industry.

8 Benefits Of Using Led Lights For Your Home and Business

Here’s Why Businesses Should Hire A Recruitment Agency

How Much Does My Property Worth Winchester CA

5 Questions to Ask When Choosing an HVAC Technician