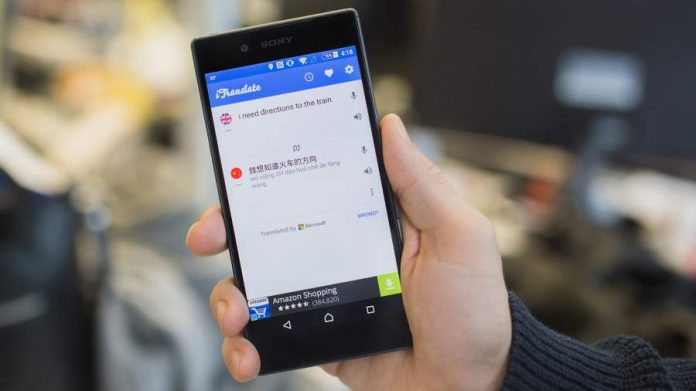 But what if there’s a faster way? Leading companies have created several apps to clear the language barrier and convey accurate messages to your audience. These apps come with a vast collection of features that obliterate any room for doubt and bring translation at its best. Here is the most accurate translator app you’ll find today.

iTranslate is a top-rated translation and dictionary app for everyone. For over a decade, iTranslate has helped students, travelers, business people, and other professionals translate, speak, read, and write in over 100 languages worldwide.

Its main features include:

So far, iTranslate has gained popularity from thousands of users across iTunes and Google Play. You can find it in free basic and pro versions for iTunes and Google Play. The basic version comes with accurate phrases in over 100 languages. However, you might want to try the pro version, which comes with offline language packs, cam translation, website translation, and other features for a monthly or yearly subscription ($5.99 per month or $49.99 a year).

If you’re more into fast, easy translator apps that offer accurate translations and other extended features, why not try Google Translate? This app houses tons of features under one roof and helps users translate over 100 languages in a simple, convenient way.

Google Translate remains one of the most popular translator apps of all time, thanks to convenience and simplicity. According to a recent survey, it has an 85% accuracy which is still impressive according to thousands of users. It uses a translation algorithm named Statistical Machine Translation (SMT) which works by separating phrases into individual words and finding a match for their database.

Google Translate is freely available for iOS, Android, and pcs.

If iTranslate and Google Translate don’t fit your style, there are many other equally viable translation apps out there. For instance, you might consider trying TripLingo, which connects you to the culture of the surrounding people. Other apps like Papago tap deeper into Asian dialects to produce accurate translations in text and voice forms. You can also try out:

Choosing the right app for your translations boils down to your needs. Some apps cover more languages than others, while other apps niche down to local, regional languages. Despite the differences, it would be best if you did not sacrifice accuracy. That’s because you want to send the right message to your listener at all times.

Reliable Translation Services for All

How to Create a Mobile App: The Process Explained

Finding The Most Reliable Carpet Cleaning Service For Your Area

Governance, Risk Management, and Compliance Through an Payroll Software.

Looking for the best homes for sale in GTA | Faisal Javaid

6 Tips That Can Make Driving At Night Easier

Top Startups Who Have Perfected Video Marketing in 2020 (USA)