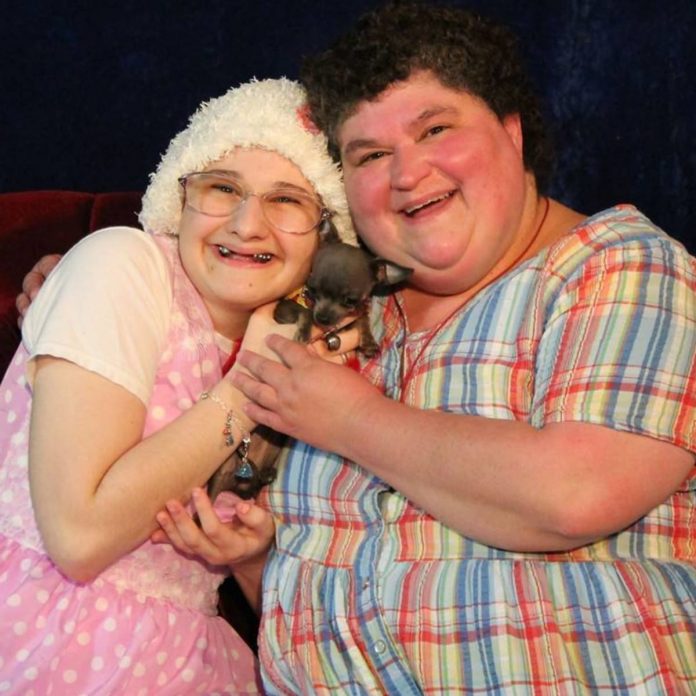 Gypsy Rose Blanchard Biography : Gypsy Rose is a criminal convict in the United States of America. She’s 28 years old and convicted of murdering her mother. Gypsy Rose suffered abuse in the hands of her own mother. Her mother abused her from a very young age. She became famous after her life and conviction were made public.

Gypsy Rose Blanchard was born on 27 July of 1991 (age 28 years) in Golden Meadows, Louisiana State of U.S.A. She was born to Rob Blanchard and Dee Dee Blanchard. The couple divorced even before her birth. Rob wanted to be part of his daughter’s life; he tried to stay in touch. But Dee always had an excuse and kept father-daughter interactions to a minimum.

Her mother faked her illness to gain access to a public assistance fund. At the age of eight, her mother said that her daughter had muscular dystrophy. She confined her daughter to a wheelchair most of her life. Gypsy never had any life-threatening illness.

As a result of her mother’s action, she had a terrible childhood. She was not only confined to a wheelchair but also slept with a breathing machine. Her mother went on to shave off her hair to show how sick the child was.

Experts analyzed Gypsy’s mother’s behavior to learn the truth behind her behavior. Later on, it was concluded that she was suffering from Munchausen syndrome by proxy. This mental illness was the main reason for her actions towards Gypsy.

Dee Dee Blanchard was a very smart woman who had a mental illness. She could easily convenience anyone about her love towards her daughter. This is because she appeared to be loving and devoted to her daughter’s welling being. She underwent training as a nurse, which gave her an upper hand. She used to feed her daughter with some medicines that would mimic the symptoms of an illness she claimed.

Dee’s cruelty towards her daughter went on for a long time. She had even forged her daughter’s birth certificate. Most medical caregivers felt for Dee’s act and did what she wanted. In case doctors wanted to go through the questioning of her daughter’s condition, she refused to see them again.

She went to tell her husband that Gypsy had a chromosomal disorder. And that this led to her medical conditions and repeated illness. Her lie was believed by many, and they even complimented Dee for her devotion.

Being a victim of Hurricane Katrina:

In 2005 Dee presented that she was a victim of Hurricane Katrina along with her daughter. This news reached the media, and they became overnight celebrities. They received thousands of dollars in support from charitable organizations. Habitat of Humanity even built a home for them in Missouri.

Gypsy won two awards, ‘Oley foundation and ‘2007 child of the year’. She became a media sensation after their news reached the public. The family received free flights for medical treatments and Disney trips.

After moving to Missouri in 2005, things fell apart, and the lies weaved by Dee came to light.

The murder of Dee Dee Blanchard:

Her mother treated Gypsy Rose Blanchard were badly. She was subjected to multiple unwanted surgeries. Carrying a feed tube around, Gypsy started to realize her mother misdeeds. As she grew older, she figured out her mother’s misdeeds. She even tried to escape from her mother in her teens. During her attempt to escape her mother often maltreated her and even chained her to bed.

Gypsy found her escape through online forums. It is here that she met her boyfriend, Nicholas Godejohn. Nicholas was 23 years old when he met Gypsy. In the beginning stages of her acquaintance, she saw Nick as a friend to confide in. She slowly told Nick about her mother and her wrongdoings.

The plan by the couple was to hide in Nick’s family home in Wisconsin. The police found Dee’s body in their home. Initially, it was suspected that Gypsy was a victim. After some investigation, the authorities found out the truth. It was not easy to track the couple. After several attempts, the couple was found by the authorities at Wisconsin. On her arrest, the world came to know that Gypsy would walk and that she was completely normal.

Arrest and conviction of Gypsy Rose:

On tracking the couple, they were extracted to Missouri. During the investigation, Gypsy revealed the truth about her mother. She also talked about her abuse in the hands of her mother.

On hearing her story, she was offered a deal. She accepted the deal and agreed to be sentenced to 10 years in prison. On the other hand, Nick was sentenced to life in prison in the year 2019. He was found guilty by the court in first-degree murder. Gypsy Rose even testified at Nick’s trail in the year 2018.

The aftermath of the incident:

Currently, Gypsy Rose Blanchard is serving her ten years sentence at Chillicothe Correctional Center in Missouri. Even after being locked up, she claims that she is living freely. She is healthy now and attends therapy in prison. The therapy is helping her with what she had to deal while living with her mother.

HBO, inspired by her story, released a documentary titled “Mommy Dearest. She has rekindled her relationship with her father. She is close to her father Rob Blanchard and her step-mom Kristy.

Gypsy met Ken when he approached her at the prison after hearing her story on an HBO documentary. They became close to one other and decided to stay together. In April 2019, Ken became Gypsy’s fiancé.

The couple is planning to tie a knot after she gets out of the prison. Her father and step-mother visit her in prison. The visits between them are regular and fun. They have approved the relationship between Ken and Gypsy.

Gypsy Rose Blanchard had a tough and terrible childhood. It is believed that the reason mother’s behavior towards her is due to mental illness. Yet, she suffered significantly in her hands. But being imprisoned gave her a new life and hope. She continues to thrive with a newfound relationship with her dear ones.

Signs Of Cardiac Arrest | Prevention Is Better Than Cure