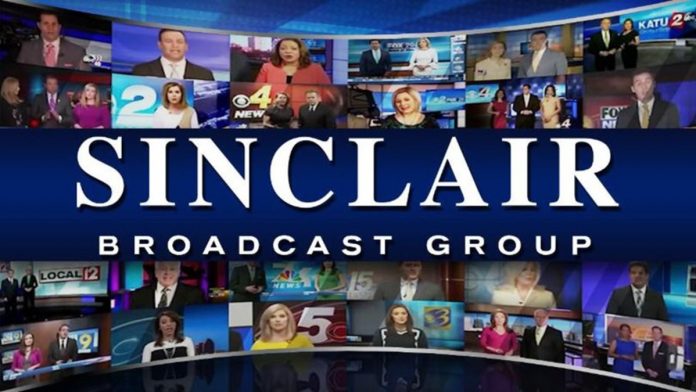 The sports sector has been one the Sinclair Broadcasting Group has been hoping to expand in recent months as the company continues to realign its offerings to the public. In the last few months, new business executives and programming have been announced as the media company looks to position itself for the coming years. As the owner of 21 regional sports channels, Sinclair Broadcasting is looking for the best leaders for its brands and settled on the appointment of David Morgan. The appointment of Morgan as the Vice President of Digital Sports News sees the arrival of one of the most respected and influential journalists in the sector at the Sinclair Group.

There are few sports journalists and executives with the wealth of experience David Morgan can bring to any role in the sector. Upon arriving at Sinclair Broadcasting Group, David Morgan brings more than two decades of experience in the sports news sector with his roles often turning smaller brands into major successes. One of the most impressive periods of the recent career history of Morgan was spent at Yahoo! Sports, where he turned the web-based news provider into a leader in global sports news coverage. Alongside his impressive work at Yahoo! Sports, David Morgan was named as one of the 100 most influential people in sports following his long career with The Los Angeles Times that lasted for 20 years.

There are many different areas of development and growth being targeted by the Sinclair Broadcasting Group in the coming months with the sports sector being one of those targeted by the company. The local sports network of channels that have been created by the company will not be targeted by Morgan as a way of bringing the different local channels to national attention. Creating a dedicated news portal for all sports is part of the role of David Morgan as he brings about change in the performance of the sports channels under the RSN brand. In his new role, David Morgan will take control of the news content supplied to some of the best-known regional sports brands in the U.S. Included in the 21 Sinclair local sports channels are Fox Sports South, Fox Sports Southwest, and Fox Sports Detroit, among others. Bringing excellence to the sports news sector of Sinclair will be the main focus of the work of David Morgan.

The Pepperdine University graduate explained his happiness and excitement at taking up his new role with Sinclair and its network of local news and sports channels. As one of the largest providers of local news and sports in the U.S. with a presence in over 80 markets, the work of Sinclair in the sports sector is expected to match its growing reputation in providing local and national news. David Morgan explained he was looking forward to leading the sports sector of the brand into a new era of success for sports fans around the U.S. The work of Morgan has taken in more areas than just sports news with his ability to drive content and audience engagement seen as vital to the future of Sinclair’s RSN sports brand.

What Are The Advantages of Expert Electrician Services

Top 5 Most Trending Famous Singer Of All Time In The...